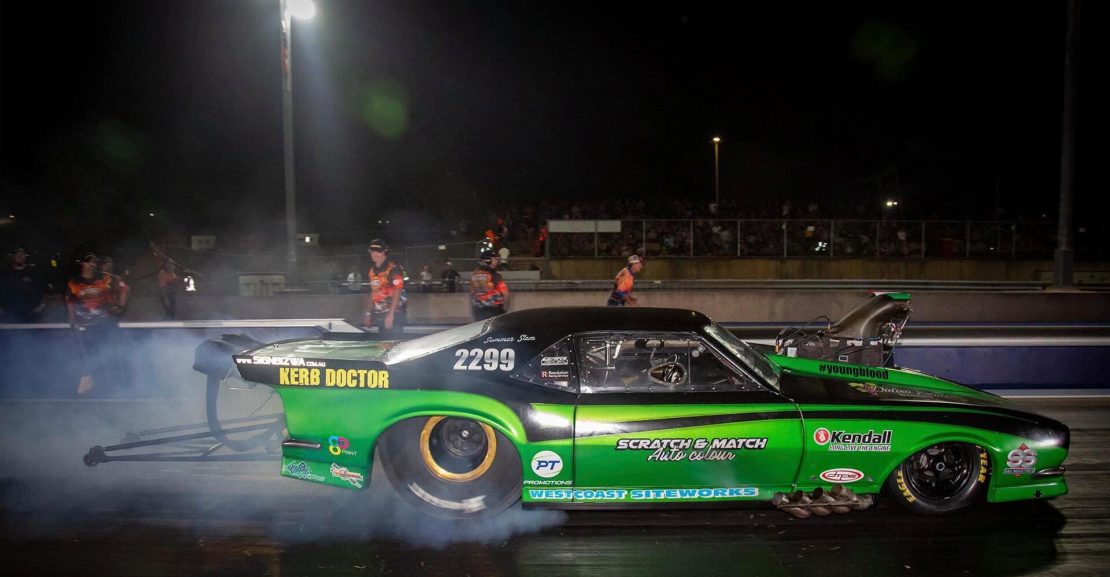 (Team Release) Daniel Gregorini will be hoping his season gets off to a better start than last year as he prepares his Scratch & Match Camaro to take on the first round of the 2021/22 Summer Slam at the Perth Motorplex (November 6).

Twelve months ago, Gregorini’s first run of the season almost turned into his last, when his Camaro impacted the concrete walls due to a stuck throttle. But with a team that didn’t contemplate giving up, he was able to return for the second event of the season — and win.

“Crashing out is the worst feeling a racer can experience, but the word ‘can’t’ isn’t used in our team,” Gregorini said. “With a mammoth effort they rebuilt the car and at 5am on race day we were ready to go once again. To then win the meeting is a memory and a team effort that we and our followers will never forget.”

Gregorini spent the off-season racing throughout the Northern Territory, where he set a new national speed record and won the opening round of the Australian Drag Racing Championship’s Top Doorslammer series. Since last racing in July, Gregorini has been taking some time to update equipment on his Camaro.

“We actually purchased some three-way Penske rear shocks when I crashed the car this time last year, as our previous shocks were nearly as old as the car,” he said.

“They didn’t arrive in time for the rebuild, so they have been sitting in the shed for 11 months. I guess it’s as good a time as any to test them out, especially with the Goldenstates coming up later this month. It should make the car transition smoother through low gear. There is also a near new PSI supercharger that we got for Lisa’s car, but I think I might give it a test run first!”

Speaking of Lisa Gregorini, her Camaro Top Doorslammer is in the final stages of completion, with just a few parts left to come from the USA. The current plan is for Lisa to begin her licensing in January.

“It’s tough right now trying to get parts, and everything seems to be a 12 week wait,” Daniel said. “We have the track hired for three days straight in the middle of the season, so if everything goes to plan Lisa should be getting comfortable in the car and will most probably run the back half of the season.”

But for now, the focus will be on Daniel’s Camaro, and with prime weather conditions for the opening Summer Slam round, he is looking forward to a strong start.

“If the track is there, we will be pushing to get back into the 5.60s,” he said. “I’ve found some power to compensate for the car’s weight gain after the crash, so fingers crossed we can make some great runs and start the season off better than last season!”