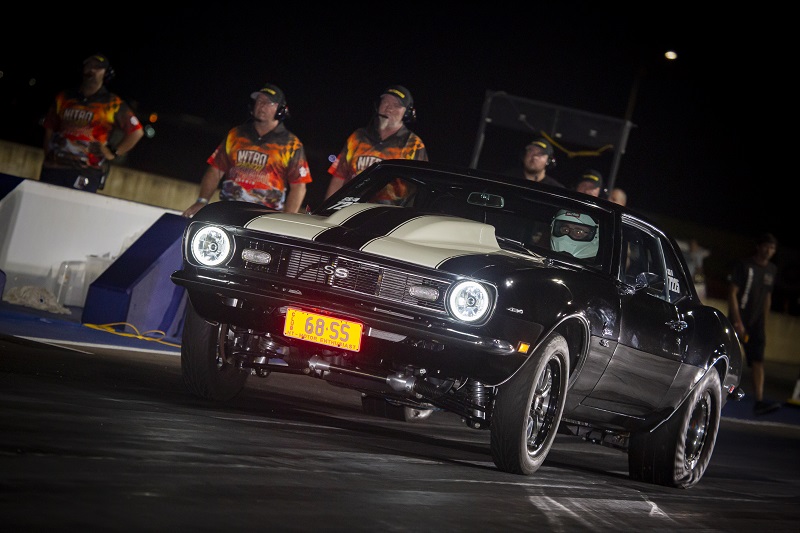 After a competitive season, the title chase for a number of the brackets will come down to the wire this Saturday.

One of those brackets is the Super Street bracket, with the top three racers covered by just 10 points.

Dave Carpenter is currently tied for 2nd in the standings and just 10 points shy of the lead after taking out a breakthrough win at the penultimate championship round on the 11th.

“The win at the last round felt great, it had been 20 years or more since I had an event win!” Carpenter explained.

“The car had been having some fuel delivery issues throughout the night but somehow we managed to keep it quite consistent and a few good reaction times kept me in the running.

“I haven’t really been focusing on the championship – I made some changes to the car in 2020 but was unable to test or run at all, and then I missed the first round while waiting for parts, so the focus has been more on trying to get the car sorted rather than wins. So, the win was pretty great!”

With the championship battle so close heading to this weekend’s finale, Carpenter is not counting his chickens before they hatch.

“I never roll in full of confidence, we are just there to have a crack and see how the night progresses,” said the 50-year-old self-employed Sign Writer.

“If we could take out the title, I would be pretty thrilled I reckon.

“My competition are all very good and seasoned racers, so it will be a big job to come out on top.”

The self-confessed ‘street car guy’ drives his street registered racer to the track and back and enjoys racing other street-based cars.

“I love the street-based racing. As well as the Hidden Valley Drag Racing Association events, I was also hoping to take part in Drag Challenge this year, as it is something I have wanted to do for many years, but unfortunately again with COVID-19 restrictions we won’t be able to do that for another year,” Carpenter said.

“We are blessed to have such a great facility up here in Darwin as well as the volunteers to make each meeting happen.

“The only sponsor I have is my back pocket! But I would like to thank my son Jacob, my mate Simon, Glenn for his mechanical prowess, and also Brian for his knowledge and building the engine.”

Entries for the event are still open until the evening of Friday 24 September – click here to enter.

To see the full current championship standings ahead of this weekend’s finale or for more championship information, please visit www.facebook.com/hiddenvalleydrags