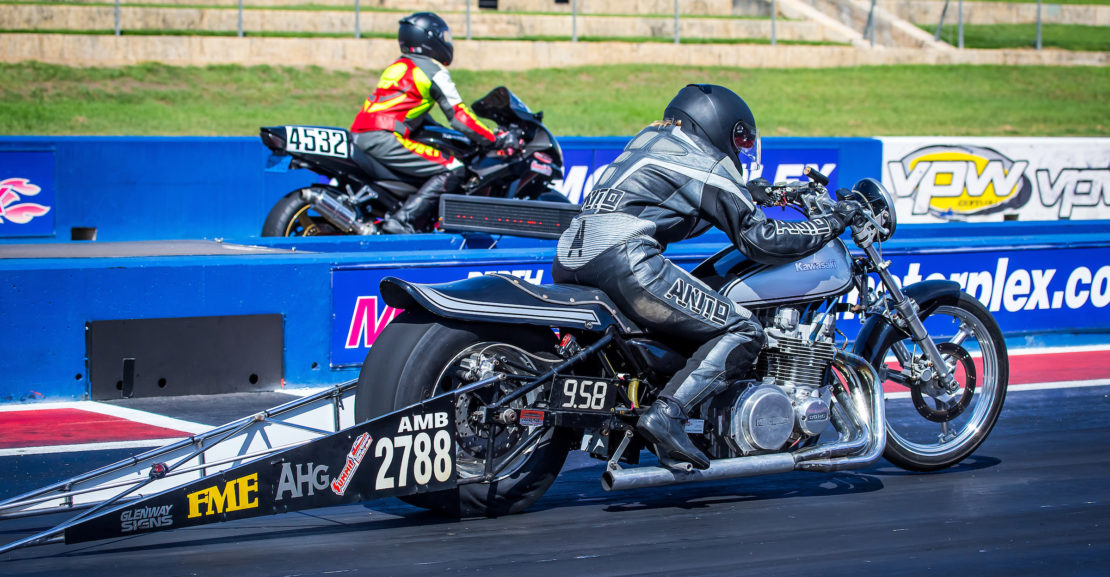 Western Australia’s drag racing rider of the year Zoe Nieuwhof has nominated for Nitro Up North, aiming to make her mark on Darwin for the first time.…

Western Australia’s drag racing rider of the year Zoe Nieuwhof has nominated for Nitro Up North, aiming to make her mark on Darwin for the first time.

Nieuwhof was the rookie rider of the year in her first season of competition, before taking out WA’s Modified Bike championship in just her second season on her Kawasaki, capable of covering the quarter mile in just 9.5 seconds.

With high expectations of the event, Nieuwhof said her State championship win has brought her more confidence in her racing.

“I’ve heard great things about the crowd enthusiasm and fun atmosphere of Nitro Up North and as the first round of the Summit Sportsman Series it is a chance to for us to get first points at a national level,” she said.

“I can’t wait to see the beautiful scenery of the Northern Territory and we are planning to check out the markets, the museums, Kakadu of course, and then take a road trip to Alice Springs for the next round of the series.”

Despite her short career in racing, Nieuwhof has already raced in Perth, Sydney and Brisbane and when she adds the Northern Territory to the list she will be doing it with the support of a strong family background.

Father Paul and Mother Julie are also former champions and will be lending their experience across the Nitro Up North event to give Zoe the best chance of success, while fellow Modified Bike rider Gordon Crawford will be bringing the bike in his transporter.

“Both my Mum and my Dad have previously won State titles in the Modified Bike class, and my Dad has also won a national championship. To join them on that WA list was awesome and I’d love to add a national title too.

“Darwin is the first step on that path so hopefully we can have some wins at the event against some tough competitors, as well as a fun family holiday afterwards.

“It’s important to show support for the sport so I would like to see the event go well for all involved. We’d love all the spectators at the event to enjoy the two days and come and see us in the pits to say hi.”

Nieuwhof will be competing in the opening rounds of the Summit Sportsman Series’ national 2017/18 season, which will be joined by the first round of the 400 Thunder Professional Drag Racing Series.

DESERT NATIONALS
When: July 29-30, 2017
Where: Alice Springs Inland Dragway
What: The Desert Nationals features Rd 2 of the Summit Racing Equipment Sportsman Series. The Lamattina Top Fuel dragster is set to rock Alice Springs with Australia’s quickest and fastest female – Kelly Bettes behind the wheel. And if that’s not enough, Top Fuel Motorcycle and Top Doorslammer will be making spectacular runs over the 2-days.