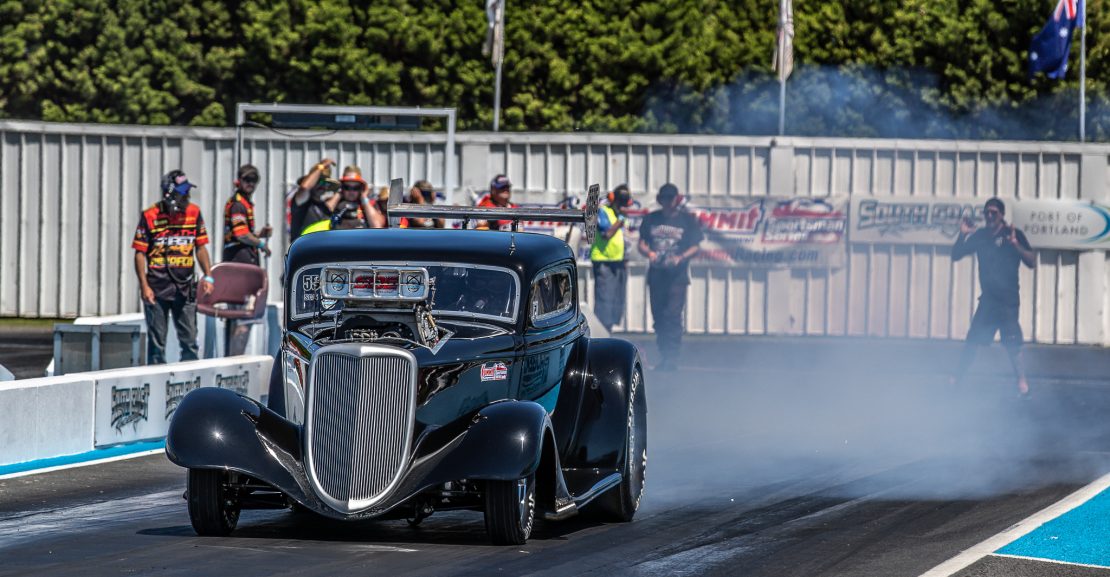 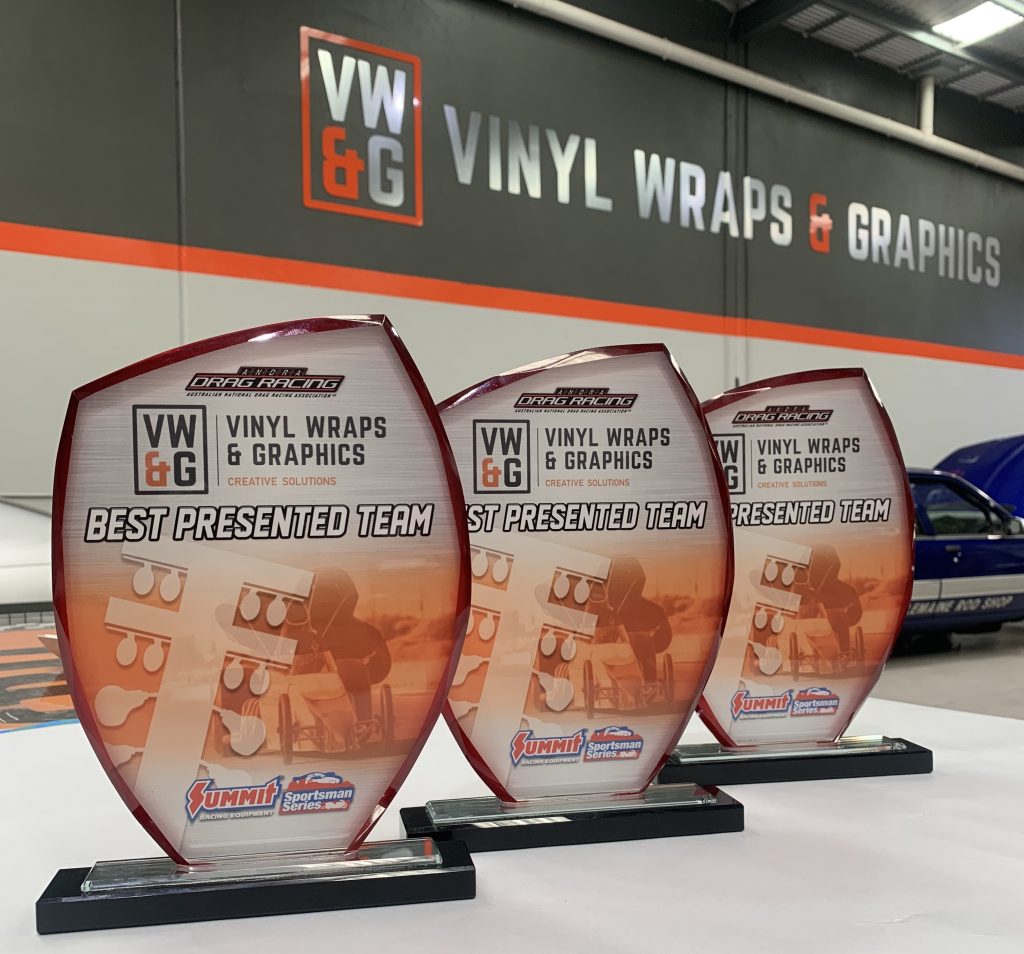 At the recent South Coast 660, Supercharged Outlaws racer Jason Keily and his ‘The Gambler’ 1934 Ford Coupe were rewarded with the coveted Vinyl Wraps and Graphics Best Presented Award.

“To receive the award is just fantastic. We always make sure the car is well presented when we turn up to a meeting and the crew do a great job of keeping it nice and clean at the track, but to be recognised for it is awesome,” Keily said.

“With all the hard work you put in to keep the car in good order and to ensure the team is presented well as a whole, it is nice to be recognised.

“Thank you to Vinyl Wraps and Graphics for sponsoring the award. It is a great award, and it looks amazing too.”

Keily brought ‘The Gambler’ over from America about six years ago, and over the years it has undergone plenty of changes to the point that now the body shell is the only thing that is left from its original journey to Australia.

The West Melbourne racer contests the Coupe in the Supercharged Outlaws bracket and was forced to settle for a second-round loss to eventual SCO winner, Shane Baxter, at the South Coast 660.

“South Coast Raceway is a fantastic track and the way it is run is amazing,”’ he said.

“Our weekend though results-wise wasn’t quite as fantastic as we had a few problems throughout the weekend – but that is racing! Sometimes things go your way and sometimes they don’t.

“I had a problem with the O-Ring in the Blower in the first round and then in the second round I didn’t get to run it at all with a leak.

“I would also like to thank my crew – we had Jen, Paul and ‘Dodgy’ with us at the South Coast 660, with Dodgy helping us out as we were a crew member down as Rocco who normally helps us was unwell. Graeme Cooper, a legend of the sport, also gives up his time to help us out which is fantastic.

“Finally, I would like to recognise my sponsors, Johnny Marshall from Marshall Custom Cams who has always stood behind us and also Pete from SDE Converters.”

So, what is next on the docket for Keily?

“We are thinking about the Westernationals, it depends what happens with the borders but things are looking promising so far. It is a big ask for us but we are really thinking about it. We will definitely be at Mildura for sure,” he said.

“For us the championship isn’t a factor anymore this season as we have had a lot of dramas this year, but we still want to go for the love of it and to compete.”

Headed up by respected racer and 2018 Summit Racing Equipment Sportsman Series Modified Champion, Matt Czerny, Vinyl Wraps and Graphics is behind some of the best presented sportsman and professional teams across the country.

Not only does it specialise in making racers look their best on and off the track, the Melbourne-based business – which celebrates its 10th birthday this year – also specialises in commercial vehicle signage, fleet signage and commercial wall signage.

PIC AT TOP CREDIT TO BRIGHTDESIGN.COM.AU