Update on condition of Phil Lamattina

Update on condition of Phil Lamattina 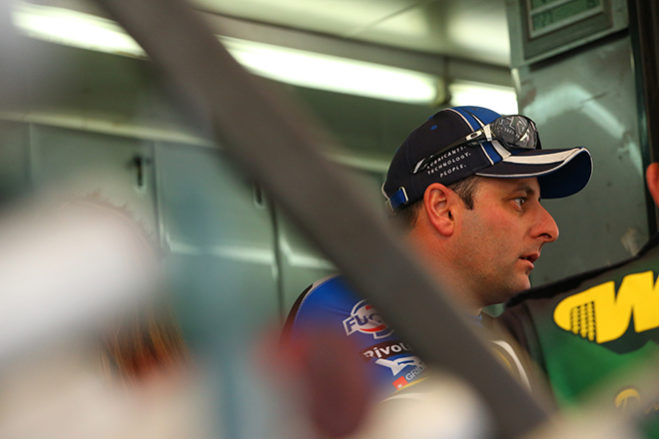 Lamattina Top Fuel Racing has this afternoon provided further information regarding the status of racer Phil Lamattina, who suffered a chassis failure in his Fuchs Top Fuel dragster during the first round of Top Fuel qualifying yesterday (Saturday 6 June), resulting in a severe crash.…

Lamattina Top Fuel Racing has this afternoon provided further information regarding the status of racer Phil Lamattina, who suffered a chassis failure in his Fuchs Top Fuel dragster during the first round of Top Fuel qualifying yesterday (Saturday 6 June), resulting in a severe crash.

The Wemen resident (40km/h south of Mildura in Victoria) was conscious and alert following the incident, and transported by ambulance to hospital for further tests after complaining of back pain. Team co-owner Angelo Lamattina this afternoon confirmed his brother remains stable and in good spirits while the medical team continues to assess his condition, which is now confirmed as including two fractured vertebrae and possible damaged ribs.

“Phil is still undergoing evaluation for surgical and non-surgical treatments and we are weighing up the options. He’s in good hands and he just wants to make the best decision he can for the smoothest and best recovery process. He certainly appreciates the well wishes coming his way,” explained older brother, Angelo Lamattina.

“As far as the car, the car has run down the race track, it was a good clean run with nothing out of the ordinary, it got to about the 1000 foot mark and it appears that one of the top chassis rails have possibly failed and caused the car to fold in half and launch itself in the air and down he came from there,” said Hambridge.

“The safety aspects of the car have done what they needed to do 100%, he didn’t have a scratch on him. He has hurt his back but that has nothing to do with the car’s integrity, the cockpit is perfect, it hasn’t got a mark on it, it’s strong, there is a titanium shield around his back that has been hit by something and his back hasn’t been impacted by anything like that so the car – as far as in a crash – has performed perfectly.

“The focus now is on Phil’s recovery, he won’t be going near a race car for a while, obviously we have John’s car there but the brothers are all pretty close and I don’t think one will want to run without the other so at the moment we will just make sure Phil is okay and we will talk about the future later.

“The team is definitely appreciative of all the support we are receiving, we were all on facebook last night and reading comment after comment after comment. I would like though to ask for people to not start bagging out the cars and blaming people and stuff like that. While both of Phil’s accidents are very similar on the surface they were different builders, two different designs and very different circumstances, so if everyone can lay off that a little bit and don’t point the blame at anybody we would really appreciate that, as right now we are not even 100% sure on what happened and our focus now is all about Phil.”