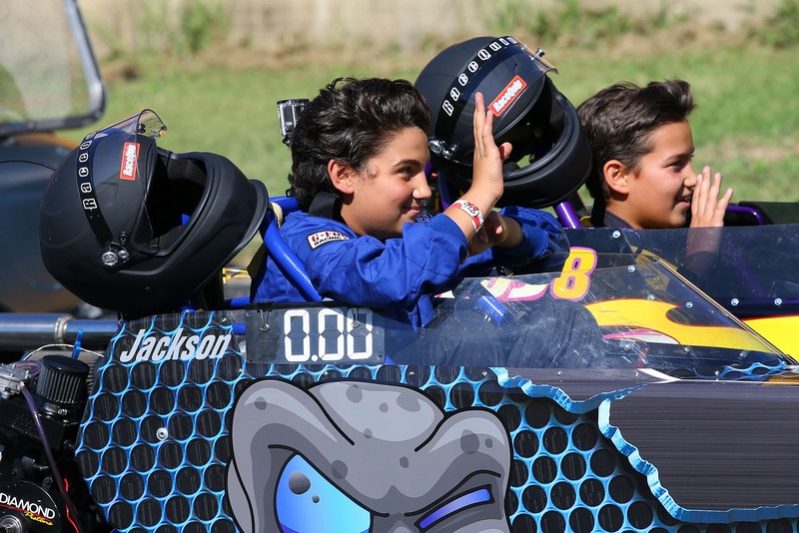 Sydney brothers Jackson and Samuel Perri will lead the Summit Racing Equipment Junior Dragster Championship field to Mildura this weekend as the title chase’s third round gets underway with the Sunset Strip Nationals this Saturday and Sunday (September 23/24). After facing off against each other i…

Sydney brothers Jackson and Samuel Perri will lead the Summit Racing Equipment Junior Dragster Championship field to Mildura this weekend as the title chase’s third round gets underway with the Sunset Strip Nationals this Saturday and Sunday (September 23/24).

After facing off against each other in the finals at round two (Alice Spring’s Desert Nationals), 15-year-old Jackson currently leads his 13-year-old brother on the points standings by just 10 points.

“What can I say, there are a lot of tough racers out there but my brother to me is my main competition,” said Jackson, who is in year nine at Mater Maria Catholic College.

“I’ve raced a lot of great drivers, but to stage a car next to my brother in a final was one of my toughest races yet and also my favourite.

“It feels great to have accomplished very good results in the points so far for the season and to know my brother is not far behind me means me and him are going to have a lot more fun doing what I love, which is racing.”

While Samuel may have ended up in the runner-up spot from that finals encounter, and as such is chasing his big brother in the title standings, the year seven student doesn’t count himself out from winning against him in the future.

“Racing my brother was fun but challenging because he’s my brother and I see him every day,” said Samuel, who like his brother, attends Mater Maria Catholic College.

“Being only just behind my brother (in the points) makes me feel more motivated in my racing and I feel that I can take the top spot and do my best throughout the season.”

For both boys, this weekend’s round three of the Summit Racing Equipment Sportsman Series represents a new frontier with neither having competed at the Victorian venue before.

“My goals for this weekend is to have fun and race well. I expect a positive environment and good event for the weekend and I have never raced or been to this track, so it will be fun and good to learn about the track,” Jackson said.

“I love racing because you get heaps of adrenaline from driving and watching, I also love the extreme speeds. My goals for Mildura is to make rounds and have fun with my friends. I’ve never been to this dragstrip before so I’d like to go out and lay out some runs,” Samuel said.

While for both boys the lure of adrenalin is a big benefit of the sport they love, they both also point towards the people you meet as a draw card.

“I always say you can never find better people than at the race track. Drag racing is filled with great humble people,” Jackson said.

Both boys send special thanks to their father Raffaele Perri, their Uncle Gino, Crew Chief Max, and each other. They also send thanks to the race tracks, ANDRA, their fellow competitors, and team sponsors Topform Concrete, Marco Steel, SCM Race Engines and Scott’s Panel and Paints for their support of the team.

The Perri brothers will feature as part of a 150 plus entry list for the Sunset Strip Nationals next weekend at the Sunset Strip in Mildura for round three of the 17/18 Summit Racing Equipment Sportsman Series. For more information, visit www.andra.com.au