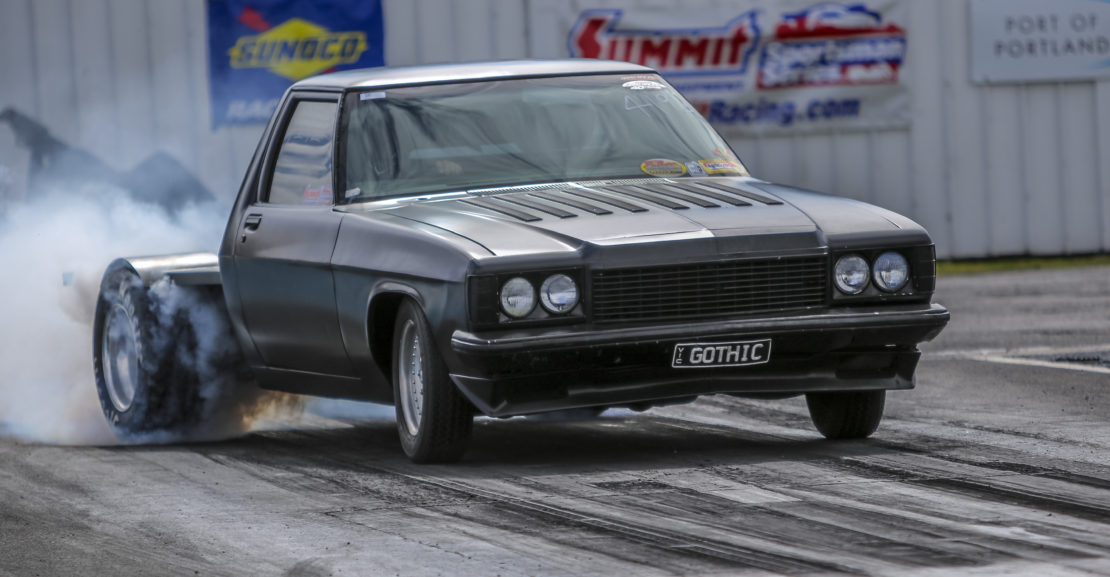 Anyone who is familiar with South Coast Raceway would be familiar with Greg ‘Dutchy’ Holland, the long-time committee member, former Vice President and track commentator.

After 12 years of intense hands-on involvement with the facility, Holland has taken a step back and is now enjoying more time on the track in his beloved HQ one-tonner ute in the Super Street bracket.

The 42 year old will be part of a great field to hit South Coast Raceway next weekend (January 12/13) for the South Coast 660 event – round six of the 18/19 Summit Racing Equipment Sportsman Series.

“Basically it all started back in 2006 when South Coast Raceway was first laid-out,” explained Holland. “I signed up as a member and pretty quickly became caught up with the organisational side of things, joining the committee and also becoming the commentator from 2006 all the way through to 2017.

“Over that time I had plenty of roles including looking after promotions and advertising and I was Vice President for the last five years while working on sponsorship and merchandise as well as race day organisation. I have to thank my family for putting up with me, or I should say ‘not’ putting up with me as they have hardly seen me the last 10 years probably! My thanks also goes to all of the drag racing family for coming out and making it worthwhile and fun both on and off the track.”

Holland’s ute was originally built as a burnout car, but developed over the years to be a drag racing machine.

“I tried a few times to race the ute amongst all of my roles with South Coast Raceway, but it was a schmozzle every time,” he laughed.

“Now that I have stepped back and with plenty of cars I have built over the years running out there, it is about time I concentrated on mine I think!

“The ute was purpose-built as a burnout car originally but I blew a few motors up and I ended up concentrating on drag racing instead. It is black on black with a 350 Chev running on methanol, and currently runs around 7.06 seconds in the Super Street B class,” Holland explained.

While he is mostly just enjoying being on the track, the Portland racer also has a particular goal in mind for the upcoming South Coast 660.

“Hopefully I can get away from my usual thing of losing in the first round!” he laughed.

“I went to the Mildura round earlier this season and ran Personal Bests right away which was pretty cool, and then came my regulation first round loss.

“Then it was on to Portland for the South Coast Nationals and again we were able to run PBs and then went even faster again which surprised me – I don’t know what I am really doing to make it happen but spending a bit of time and getting the processes right is probably helping, although I still had another first round loss!

“The best result I have had is a runner-up result at Mildura two seasons ago, so hopefully at the South Coast 660 I can break the first round loss habit!”

While he isn’t making any big predictions for his own results, Holland – a truck driver/mechanic – has big expectations for the South Coast 660.

“Having been a South Coast Raceway member for so long, I have seen how it is all organised and with Andrew Smith prepping the track I think it is guaranteed to be probably the quickest 660 foot track in Australia!” he said.

“There is normally a PB or 20 to come out of the South Coast 660 – at that time of year we can almost guarantee sunny weather and we should have nice conditions with sea level air for a cracker event with a great amount of entrants to boot.”