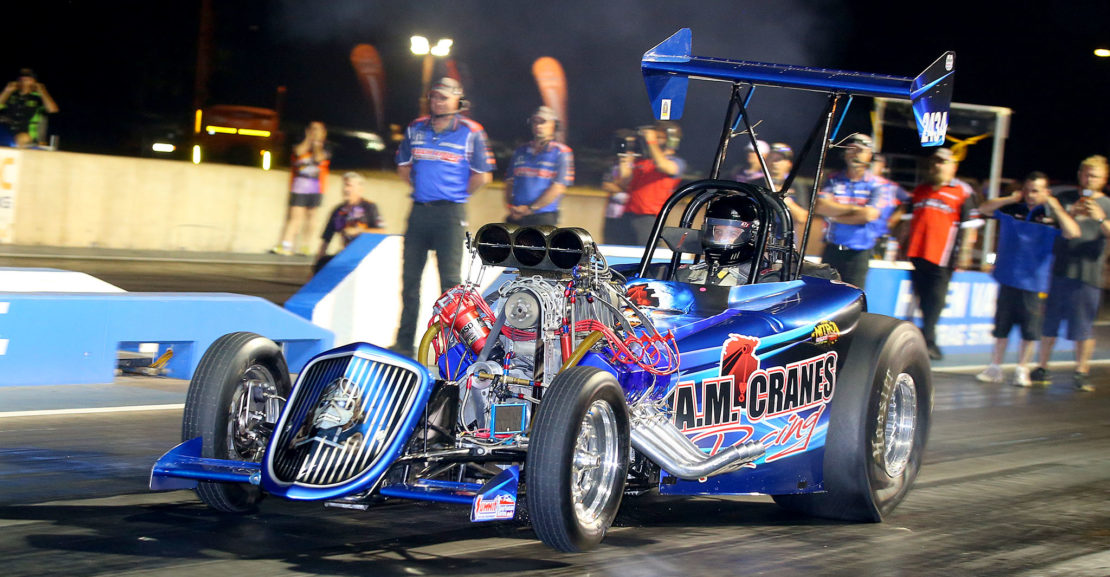 After destroying an engine just weeks ago, defending Supercharged Outlaws champion Adam Murrihy was faced with a daunting task to be ready for next weekend’s Spring Nationals: round four of the Summit Racing Equipment Sportsman Series. Thanks to the tireless efforts and support of his crew, engine…

After destroying an engine just weeks ago, defending Supercharged Outlaws champion Adam Murrihy was faced with a daunting task to be ready for next weekend’s Spring Nationals: round four of the Summit Racing Equipment Sportsman Series.

Thanks to the tireless efforts and support of his crew, engine builder and friends and family, the two-time champion has confirmed he will line-up at the October 14 event in Adelaide as he looks to chase a third consecutive championship.

“At Nitro Up North we had just completed a rebuild in the days leading up to the event. We got knocked out in the semi-finals and then made the trek to Alice Springs the following weekend where we didn’t make it past the second round,” the 38-year-old from Darwin explained.

“At both events we had seemed to be having trouble getting the car to react on the startline, so after driving 1500 kilometres home we reviewed the data and videos and decided to do some testing at the next Darwin round.

“Unfortunately, this ended very poorly for us – at the top of first gear I had a crank failure. The crank broke into three pieces and destroyed everything attached to it.”

While Murrihy was resigned to missing Mildura’s Sunset Strip Nationals, the self-employed racer was determined to make it to Adelaide’s Spring Nationals to continue his pursuit of a third consecutive title.

“We only had a matter of weeks to turn the car around. My engine builder and good friend, Shannon Gaddes, worked tirelessly in Brisbane on the engine to make sure we got to Adelaide even though we sent him a pallet of scrap alloy,” Murrihy said.

“Darren Morgan also helped us out with a block, and the rest was a series of air bags and favours to get the engine and transmission back to Darwin.

“After three nights of failed attempts to fire the engine with more damaged components found in the process, with the help of some of my fellow Darwin racers we were able to finally complete a successful late-night fire-up just 10 days out from the event.

“We have a little more work to do on the car, but it will be ready to make that 3000-kilometre trip to Adelaide.

“It was a real effort of many and there are a lot of people to thank. In particular, my very patient wife Stacey and all the kids for forgiving all of my hours spent in the shed for one, and also Shannon Gaddes of course for burning the midnight oil and getting the engine back to me.

“My good friend Alan Barlee also deserves a shout out for all the late nights helping me get the car back to where we are today.”

With most of the hard work behind him, Murrihy is looking forward to heading to a track at which he has some fond memories.

“I love racing in Adelaide. I have a lot of good friends there and the local racers and fans are great to be around. I feel very comfortable in the car on the Adelaide start line and we have had great success there,” he said.

“The competitor numbers for each of the first three rounds of racing so far have been really good, it is awesome to see ANDRA and the Summit Racing Equipment Sportsman Series alive and well and I am looking forward to racing at ANDRA’s home track next weekend.”

Round four of the Summit Racing Equipment Sportsman Series, the Spring Nationals, will be held at Adelaide International Raceway on Saturday October 14.