Perfect mix of luck and good management for Steven Ham

Perfect mix of luck and good management for Steven Ham 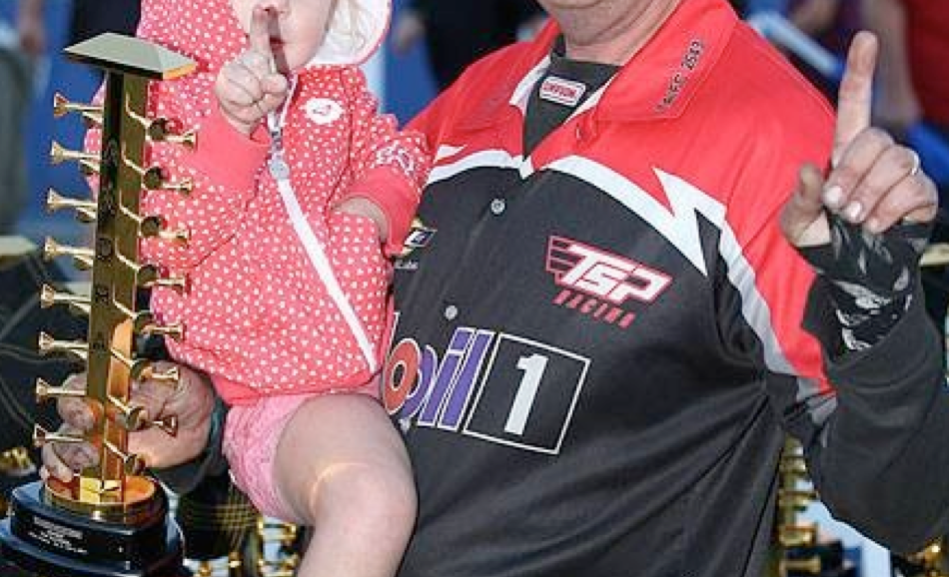 Brisbane’s Steven Ham has done the seemingly impossible by catching and passing sixteen time Top Alcohol champion Gary Phillips in the ANDRA Top Alcohol points chase to claim his maiden national title. Ham had a “mathematical chance” of winning the title going in to the Australian Nationals at…

Ham had a “mathematical chance” of winning the title going in to the Australian Nationals at Sydney Dragway which doubled as the final round of the championship, but never seriously considered he would be a risk to Phillips in reality.

“Often the commentators will use the term 'mathematical chance of winning' when it comes to a final round, but most of the time it’s just to beef up the entertainment, because for us to win the title meant that Gary wouldn’t make it past the first round of the event and we would have to win it outright. Let’s face it, the chances of Gary in the quickest and fastest car in the nation not making the field are pretty low, but when he didn’t qualify we were suddenly faced with the reality that we had a shot at the title!” he said retelling the journey of a landmark weekend.

“Sitting back, it is still hard to believe that we got this. There were so many hurdles to overcome, and there was a lot of luck that came our way. I think our luck started with Gary’s DNQ, the 000 light and then the first or worst in the final, they say things come in threes."

Ham’s new found hope came off the back of a tumultuous week of preparation and testing in the lead up to the Nationals, where a wayward fuel hose fire caused extensive damage of the body mounts and requiring a total fuel system repair throughout, as well as Ham himself sustaining some damage.

“Strangely enough, any damage to me always happens outside of the race car, and when we were packing the truck to go to Sydney, I had a pretty high fall. I realised my hand was sore as we were driving the truck, and then when I started punching gears with my thumb, I could feel it clicking. It turns out that my hand has been broken all week!”

Despite the broken hand, Ham’s East Coast Lubes Funny Car disposed of good friend Wayne Price in the first round to set the scene for the semi final against a very in-form Jon Sting, that he would have to win to claim the championship.

“Jon is always killer on the lights so I knew I’d have to get off the line quick, and for the first time in my Top Alcohol career, I pulled off a .000 perfect light to just stay ahead of him at the finish. We were all amazed and it was an epic way to win the title!

“I knew I was cutting the light fine, though John is a great racer and leaves nothing on the table, a credit to him and a top bloke also, I got the thumbs up from the fire marshal and I could not believe my luck as John was next to me when I pulled the chutes. I then went over and spoke to John and by then the crew were there and I nearly cried.”

With the title sewn up, the final mission was to win the nationals, which would be another mammoth task, against top qualifier, Steve Reed. However both cars came to grief around half track, forcing officials to call in the rule book to determine a winner.

“There was plenty of drama but not much of a race for the fans unfortunately. I was in the left lane beside Steve and the Mobil 1 Funny Car turned hard right and I crossed the centre line.

“When I got out of the car, I saw Steve’s car all banged up and I immediately started apologising to him thinking I had caused him to hit the wall, but he assured me it happened all before I got out of shape, which meant the officials deemed me the winner based on Steve’s indiscretion happening first. It’s not a nice way to win that’s for sure, but we’ll still proudly hold up a Gold Christmas Tree trophy any day for our sponsors, Mobil 1, ECL, RD Williams, Everdigm, Queensland Rock Breakers and Cargo Transport.”

Ham claims that his journey through to the eliminations on Sunday was the perfect mix of luck and good management, where the things he had no control over went his way, and the things he did have some say in were done well.

“We had no control over the weather, or over Gary not qualifying so that all played into our hands, but we made the best of it that we could, and testing earlier in the week gave us some data for what was a really inconsistent track temperature over the weekend, and pulling a perfect light on Jon (Sting) didn’t do us any harm either!”

“Anyone who tells you that motorsport isn’t a team sport is an idiot. This championship and our second win at the Nationals equally belongs to my wife Ania, my daughter Chloe, Dad and Mum, and obviously the crew who were unbelievable; James Rowland, Dieter Hermann, Dan Case, Alan Craig and Greg Clayton and Stu Rowland as well. It’s our championship together!”

After winning his first Top Alcohol Championship Ham reminisced about the early days when outgoing Champ Gary Phillips helped him in his development and also attended his wedding.

“He did send me a text message the following day and I thought he would have been at the awards night. It’s a shame he wasn’t.

“He had helped me a lot in the early days as we were coming up through the ranks of competition, attended my wedding, fishing, He is a smart man that has been racing for a long time.

“My father would take us to the races when we were kids and I always loved watching Gary and Steve Reed race, this is where it all started though I never thought I would one day race him, and actually beat him.”

Next season Ham plans to take some time before joining the National circuit in a new car.

“This season our goal was to run all rounds and try to take it out as we have been runner up twice. My crew guys have taken so much time away from work and family life that it takes a hit on everyone.”

“We will most likely miss the first two rounds and race the Super 3, Sydney and Winternationals. We will be campaigning a new car next year, and something that has not been run in Top Alcohol for many years. It will turn some heads that’s for sure.”