PAST CHAMPIONS TO DO BATTLE FOR SCO HONOURS

PAST CHAMPIONS TO DO BATTLE FOR SCO HONOURS 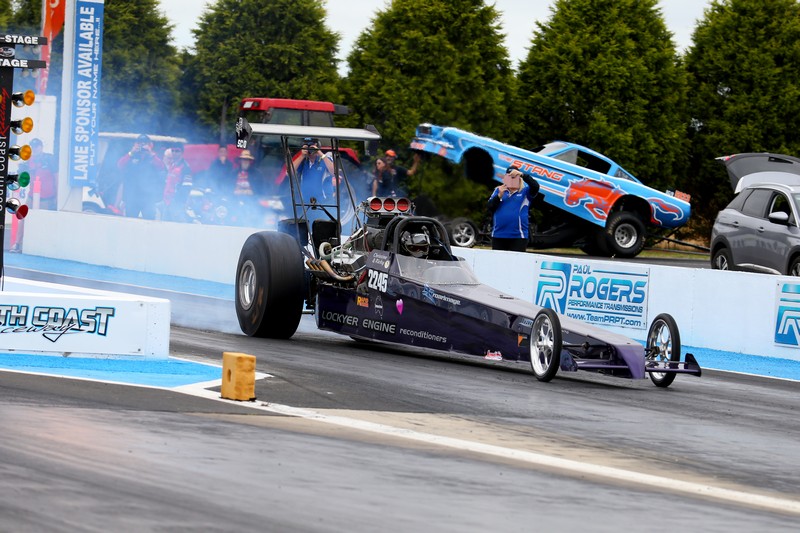 Christine Steffens and Justin Russell are set to face off for the Supercharged Outlaws honours, with both racers on maximum points ahead of the final round of the 2019/2020 Summit Racing Equipment Sportsman Series.

Despite her dominating form this season, Steffens is far from confident of taking out the victory.

“I am quite nervous at this stage as nothing is a given in this sport. There is a lot riding on this last event – you have to perform on the day and with such a big break it will be like starting all over again,” Steffens said while thanking her husband and crew chief Ricky, his business Lockyer Engine Reconditioners, their crew members Dave, Shaun, Steve and Jason and Christine’s business Christine Steffens Accounting.

“I never feel confident that I will win a race meeting as every meeting, race track and individual race is so different.

“As a team all we can do is just get to the track and do our best and hope that is good enough on the day. While the Dragster is usually well behaved we have only had one pass down Adelaide International Raceway so it will be a learning curve for Ricky with the tune up as well.

“Every single racer in the class has the capability to win and I have a great respect for all of them. There are some really amazing race teams with top quality race cars. While we had not raced in the Supercharged Outlaw dragster for some time, all of the racers have been very friendly and welcoming which has been awesome.

“After a fair amount of time away I cannot believe how much we have been made to feel like part of the group and we truly appreciate that. For example, while Justin Russell is right there with me in the points he and his family and crew have been amazingly helpful during the season with storing the truck and dragster for us to save driving it back to Queensland between the two Portland meetings.

“We started this season with no expectations – because we had been spending some time running the Top Fuel Funny Car I had not driven the dragster in championship competition for a number of years so looking back at the season there have been so many great moments and we never would have dreamt this is how the season would turn out.

“One moment in particular does stand out and that is after winning the South Coast 660 when we were presented with the Chris Stewart Memorial Award. After presentations, our finals rival Tim Stewart his wife Sue and their crew asked if we wanted to have a remembrance drink for Chris at his memorial. It didn’t matter that we had never met Chris, you still felt you would know what he was like as he was a drag racer just like us, so we were honoured to be included in this special time.”

While Steffens may be feeling the nerves, her key rival and 2018 champion Justin Russell is feeling confident.

“I have previously been in a similar championship situation way back in 2018 and I clinched the title then, so I am feeling confident,” Russell said.

“Christine is definitely the one to beat, it has been great having her and Ricky competing in this year’s series; it has certainly made it interesting.

“It has been a good season so far and for me, the best moment of the season so far would have to be winning at the opening round in Alice Springs.

“Before that event, we had competed at a non-championship event in Darwin and hurt the engine, but thanks to the help of Mark Hunt we were able to get the engine back to Alice Springs in time for the first championship round and our first victory of the Summit Racing Equipment Sportsman Series.

“We put the engine in the car on the Friday and then qualified well on the Saturday before going on to win on the Sunday which was a real highlight, as was having my son Ryan with me.

“I have been racing since I was 19 and I have just kept on coming back, I love the competitors that I race against and I also love watching and supporting the kids who are coming up through the sport.

“I want to say thank you to ANDRA for continuing to support its racers and those who race in the Supercharged Outlaws bracket.

“I am also very appreciative for the support and publicity offered by Sporting Scribe Muscle, their commentary provides such impact and tells a story along with the live streaming, and it is also great to be able to mention my sponsors during racing – it certainly lets my sponsors enjoy the racing more,” said Russell, who also thanks his crew – Greg Bishop, Robbie Ryan, Terry Brady, Ryan and Kyle Russell, Craig Blake and Robert ‘Oggy’ Oggero and his sponsors Rhino’s Diesel Service, Affordable Shelving, Colac’s Custom Car and Bike Show, Pete’s Tuck and Diesel, AM Cranes, M Print Industries, Bushy’s Fencing and Plumbing, Buchanan’s Family Chiropractic, Tu Tuff Racing Engines, West Vic Sheds and Garages and Country Cool Rooms Hire.