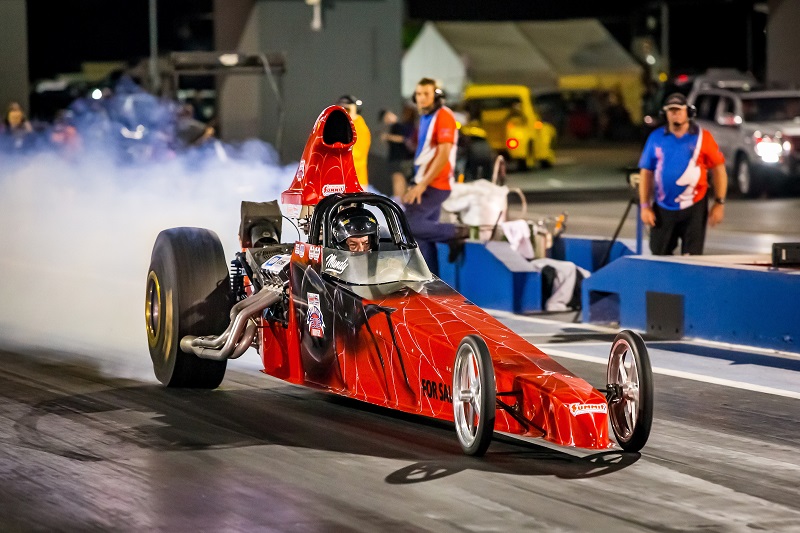 The defending Summit Racing Equipment Sportsman Series Modified Champion, Adam Mundy, has ensured he is in the best position possible to challenge for back-to-back titles at the upcoming ANDRA Grand Finals.

“We are in a good position coming into the Grand Final. I wouldn’t say I am confident though as all racers know anything can happen on the day,” Mundy said.

“All I can do is look at one race at a time and hope to get a sharp reaction on the tree.

“I feel humbled and honoured to be up there with the likes of Bradley Hicks, Chris Farrell, Kenny Stewart and the up and coming young Josh Baker, who is going to be one to look out for next season.

The season has gone well so far for the Port Lincoln (SA) racer, with an event win at the Sunset Strip Nationals and a runner-up result at the Westernationals.

“To come away with the tree in Mildura in September was a fantastic start as it was our first outing on the new unleaded fuel,” Mundy said.

“The final in Perth at the Westernationals was also a highlight as it came down to a margin of 0.001 at the line against Rhys Naylor – I think it was the closest race either of us have ever had and my congratulations go to Rhys on a great race.

“As the defending champion this season probably the biggest thing I have noticed is more people coming into the pits to stop and say hello. It is always great to have the kids come up and ask for a signature on the ANDRA posters.”

As Mundy prepares for the ANDRA Grand Final, he has a number of people he would like to recognise for their contributions to his season.

“I would like to thank my crew members Des Mundy, Ron Beaucaris and John Boundey. There’s a lot of time off work and traveling involved for these guys and I really appreciate the effort and support I get from them,” Mundy said.

“I would also like to send a big thank you to Leon and Lisa Davies from Slape Crash Repairs for their help and also Steve and Leanne Braggs – they have been a huge help over the last couple of years giving me tips and advice on the car and on the track and teaching me the smallest things which can make a difference over the finish line.”