JENNINGS READY TO ROUND OUT SEASON ON WINNING GROUND

JENNINGS READY TO ROUND OUT SEASON ON WINNING GROUND 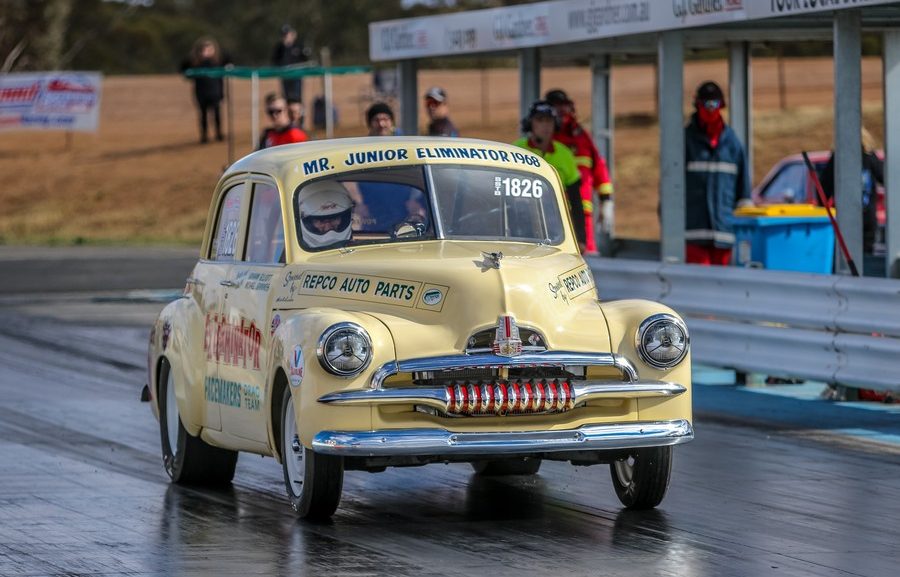 That was at the Sunset Strip Nationals in November of 2019, and Jennings says he is looking forward to rounding out the extended 2019/2020/2021 Summit Racing Equipment Sportsman Series on what is winning ground for the 50-year-old machinist – although, he isn’t letting his winning history at the track raise his expectations.

“You are only as good as your last event I reckon, and at my last event in Whyalla two weeks ago I got to the final and then had a flat battery!” laughed Jennings.

“I will be heading to the event with the aim of just going up there to race, have some fun, and go some rounds. Whatever else comes, will come.

“I love the Mildura track; it is awesome and like my second home. I was only up there two weeks ago, and it won’t be long before I am back.”

While Jennings has come close a number of times to securing the Summit Racing Equipment Sportsman Series national title for Super Street, he is yet to do so and heading to this weekend’s event, he is a mathematical chance of once again securing the runner-up spot.

Even so, that doesn’t mean he hasn’t been a part of a championship winning effort.

“My brother Paul Jennings is the defending Super Street national champion. That year (2018/2019) I put my racing on the backburner and we focused on getting him as many points as we could, and then we had to head to Perth to make the most of it which we did!” he explains.

“There is no sibling rivalry, I am just happy that one of us has got one! It would be great to get one, one day, but I am happy doing what I am doing with a focus more on the more local events. Both Paul and I have a couple of trees and so we are happy with that. If (a championship) is meant to be, it will be.”

Jennings pilots a special car on the racetrack, with his FJ Holden a replica of ‘the Exterminator’ FJ raced by Graham Elliott in the 60s and 70s.

“Graham built the car and I drive it for him – he had always wanted to get his old car back on track or to build a replica, and after his mates donated a heap of parts, he and I decided to go halves in the costs and he built it and I drive it,” Jennings explained.

“Even now in his late 70s Graham is heavily involved, the car is at his place and he tinkers with it all the time and he still builds the engines.

“We have no particular goals for next weekend’s event other than to go rounds – as long as the car runs consistently, I will be happy.

“He always likes to change things and go faster and faster, where I am more of a bracket racer that wants to try and be consistent,” he laughed, “but we work well together, and the car is a lot of fun to drive and offers around the same speed as the 70 Nova that I used to run which is in pieces at the moment.

“My thanks goes to Graeme for all of the time and effort he puts in, and also to my brother and Steve Hunt – we all go racing together – as well as Norwood Automatics, Smart Motor Wreckers, Adelaide Car Transport and Rodtech.

“Thanks also to the Sunraysia Drag Racing Association for all of their hard work and effort that they put in to keep the track going.”