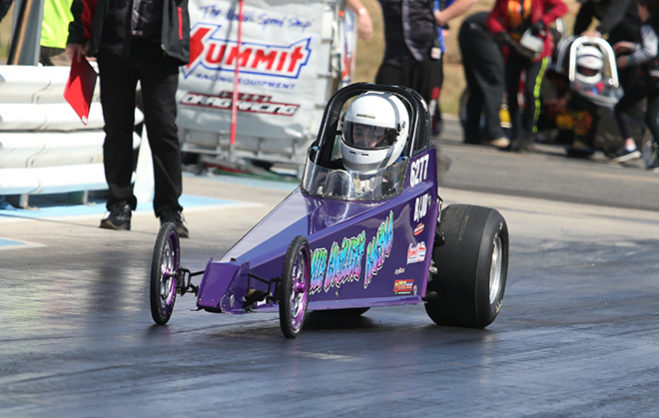 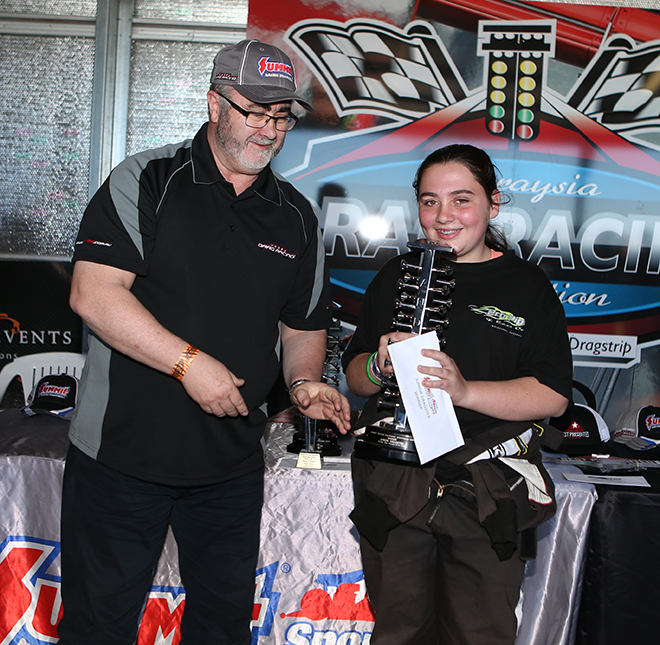 Following the historic win, Holly shares her thoughts and feelings on breaking through for that first ever victory:

“Every time I get in my car I am nervous right up till I am at the line ready to stage.

“I’m racing in B/JD for the first time, I can go faster and I was hoping to have a chance in beating who I raced.

“Coming into my first round I was just hoping not to lose just so I could go home happy that I won one race. But then I won the next and the next and then I was in the finals. Never did I imagine I would be there and my heart was beating really fast, I was shaking,

“Coming up to the finals I didn’t think I had any hope in beating Sarah as she is an experienced driver.  I was nervous, scared, worried I would red light because of my nerves, then I won, I couldn’t believe it.

“I wanted to cry, jump up and down and scream all at the same time.  What an awesome feeling.”