GRIFFIN IN THE BOX SEAT FOR SUPER GAS CHALLENGE

GRIFFIN IN THE BOX SEAT FOR SUPER GAS CHALLENGE 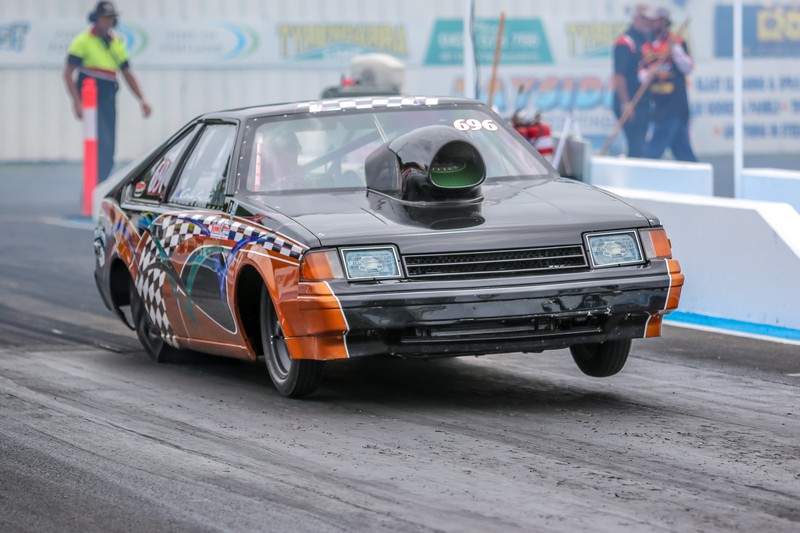 Last year’s Super Gas Summit Racing Equipment Sportsman Series championship runner-up, Colin Griffin, is in the box seat to challenge for the outright victory for this year’s title after a dominating season.

The dominating performance sees him as the only Super Gas racer ahead of the ANDRA Grand Finals to have hit the maximum points cap (300), putting him ahead of de Rose, Cockerill, Jason Wilson and Spencer who have each gathered 200 points for their individual tallies.

While he has had a great season so far, the racer from Craigieburn in Victoria isn’t getting ahead of himself when it comes to his championship chances.

“I’m never confident – there is a whole bunch of competitors who are all within striking distance so anyone can still win at this point,” Griffin said.

“Having not run the car for so long is a concern also, but then again, we are all in the same position. We will just have to wait and see.

“Super Gas has a lot of great racers and they are not only great competitors, but also our friends – and all of my friends want to win!” he laughed.

“I would like to thank Summit Racing Equipment for supporting our series and all of the tracks and volunteers – they are so dedicated and give up their time so we can race.  Without them we couldn’t do what we love.

“Of course I also want to thank my beautiful wife Anne for all of her support – there was just one event this season she couldn’t get to and no matter if we win or lose, it is always more fun when she is there.”

No matter what happens when the ANDRA Grand Final is held later this year, it is safe to say Griffin will be able to look back on the 2019/2020 season fondly.

“The car is going great at the moment and hopefully that continues. Anne doesn’t want me to touch it as she is very superstitious. One time we were doing well at an event and there was grass and dust all in the car so before the final I was going to clean the car out and she stopped me. I had to leave the grass and dust in there.

“Everyone puts so much into the Summit Racing Equipment Sportsman Series. I will always remember the disappointment of the track officials when the Mildura meeting in February had to be cancelled due to the dust – it really showed us all how much it means to them and was a very touching moment. I hope we can get back there soon.”

Many don’t realise that Griffin has been at the Super Gas game for more than 25 years – and in the same car all the while!

“Super Gas is what I have always wanted to do. I love the pro start, heads up racing even though it is hard and seems to be the Achilles heel for some competitors,” he said.

“Back when I started racing Super Gas in 1994 with this same car, at first I struggled to compete with the competition and I just thought, ‘man, this isn’t going to beat me.’ I worked on the car and I worked on myself, always trying different things to get better.

“Back when I started you didn’t get much help, you just got whipped on!” he laughed. “But nowadays we all get along and everyone helps each other. If I see someone struggling I will go over and try and point them in the right direction as I would rather see a competitor being able to have a go, rather than quitting because they couldn’t get their head around the pro start or getting their car to run the number.”