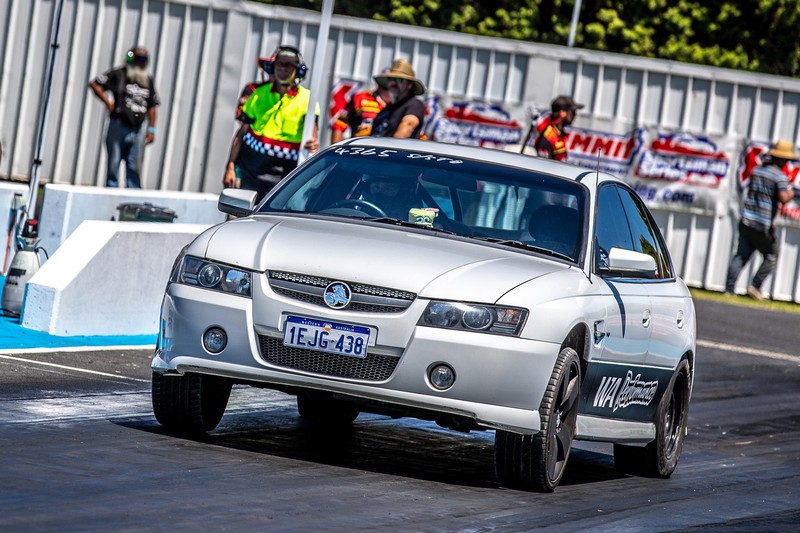 When Paul Garbellini made the decision to compete at the South Coast 660 at Portland’s South Coast Raceway, he did so acknowledging he may have to quarantine for two weeks upon his return home to Western Australia.

Garbellini’s commitment to his racing craft well and truly paid off at the event, with the racer not only taking out the event victory in the Super Street bracket and his first ever ANDRA Christmas Tree trophy, but also reaching the maximum championship points cap as a result.

“This season I have contested every round at every track, so I didn’t want to miss one just because of the chance I might have to quarantine,” Garbellini explained.

“My whole plan has been to aim for the championship, and I was a little bit off the points cap. We had the Westernationals coming up in Perth in February, but that is such a hard event there is no guarantee you are going to get points, so we decided to continue on with trying to race at every event.

“Thankfully, it was a really smooth weekend. We had no problems which was great especially given that we had to travel and do it in quite a short period of time between deciding when we were heading over and when it was time to leave.

“I was away for work when I made the call and normally, I would have had it all packed ready to go before leaving, so when I got back I had to move quickly to do some work on the car, pack it and then drive it straight over.

“It all worked really well though and we had no major dramas. We arrived at Portland at 1.30am the night before racing and once we got racing, aside from discovering a thing or two we had forgotten, it all went great. Qualifying went smoothly and then eliminations went pretty well too.

“Every race we ran was tight as well which was good – every one of them had a really small margin of victory and I like that because it means it was really good racing and that makes it even better.

“It was pretty awesome to take out the win, as not only had I made the big trip, but it is also my first ANDRA Christmas Tree.

“I have been chasing one of these for a fair few years now so to finally get it and to do so at a place that is special to my wife Lisa and I as we basically had our honeymoon here five years ago was really special.

“Lisa couldn’t be there as she was racing in Perth, but when I called her to tell her she was really happy and there were some tears.

“Now we look ahead to the Westernationals at the Perth Motorplex and also Mildura’s Twilight Nationals. In the meantime, I would like to thank my wife Lisa and my family for their support, Mitch and Deb at WA Performance, Josh at LSX Powertrain, the Karanovic family from South Australia, Jacob Mills for lending me a set of radials, ANDRA, WADRA, and all of the racers that support us from both South Australia and Victoria.”