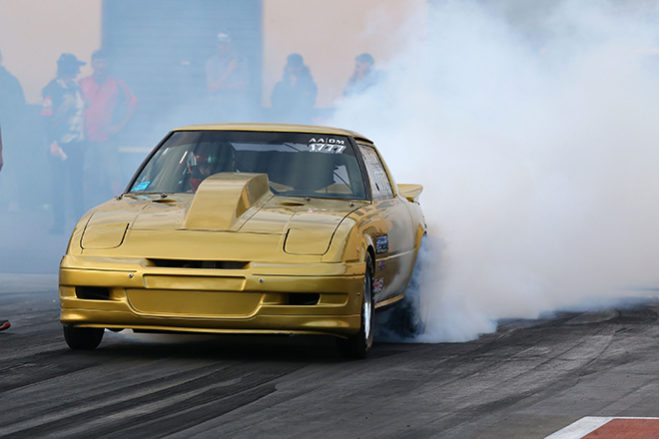 Matt Lisle perhaps had the most impressive weekend top qualifying and winning the event while also resetting the AA/OM ET and speed records in Super Compact. Lisle reset the ET record from 7.656, set by Po Tung at Sydney Dragway in 2011, to a new mark of 7.567. He also increased his own speed record set at the Winternationals earlier in 2015 from 193.68 mph to 197.48 mph.

Peter Everett almost achieved the same feat in Comeptiton Bike as Matt Lisle by top qualifying and winning the event, but in the end he could only reset the D/SB ET record to 9.668 seconds. That run eclisped his previous National record of 9.679  also set at Sydney Dragway during the 2014 Australian Nationals.

In Super Stock, event runner up Clint George surpassed the B/APA ET minimum of 7.332 seconds to set the new mark at 7.328.

ANDRA congratulates all three teams on their achievement(s).