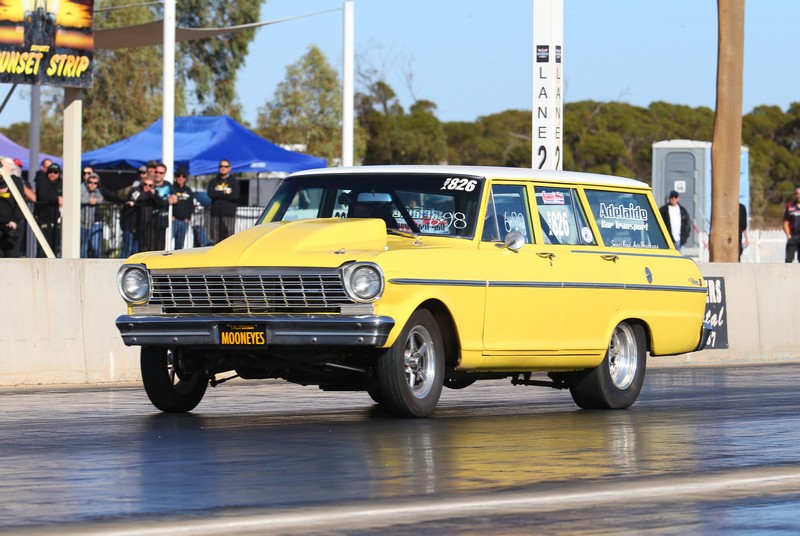 As the final round of the extended 2019/2020/2021 Summit Racing Equipment Sportsman Series, a lot of the fanfare around the recent ANDRA Grand Finals event at Mildura’s Sunset Strip (March 12/13/14) understandably centred on those taking out the ANDRA Gold Christmas Tree championship trophies.

The title winners weren’t the only ones turning heads across the event however, with the pursuit of event victories just as hotly contested over the three days as the championship battles.

The arms of Walker, Cardinale and Forbes may have been exceptionally full with championship accolades also claimed on the night, but the smiles of the rest of the event winners were just as wide with no event victory ever coming easy in the Summit Racing Equipment Sportsman Series.

For more details on how the battles in each class played out over the weekend and for comments from Walker, Cardinale and Forbes, please click here.

To hear what McGrotty, Carranza, Jennings, Cockerill, Baker, Tucker and Khoury had to say about their ANDRA Grand Finals experience, please read on.

“We had an ordinary qualifying, but we managed to turn it around,” McGrotty said.

“Thank you to everybody for coming along to this event, to (local bracket sponsor) Mr Stumpy, and to the Sunraysia Drag Racing Association for an awesome job under trying conditions.

“I would also like to thank my family at home who were unable to come this weekend, my wife Nicole and my kids Caitlyn and Maddi, my crew who were here, Stan, Terry, Zac and my nephew Luke.”

“I would like to thank Sarah for a good race in the final and congratulations on taking out the championship, and to Jake for the runner-up,” Carranza said.

“Thank you also to Penrite Oil, LMR, Costanzo Automotive, TileCo, and Aaron for doing the engine for us; and to the track officials and volunteers, Kingsley for doing a good job, Mark for the live streaming, and Allan for good commentating.

“A big thank you has to go to mum and dad – to mum for always being supportive and to dad for driving up to Sydney to get the motor, I love you guys so much.

“It has taken us six years (to get this trophy), but we have finally done it!”

“It was my dad’s birthday on Sunday, he passed away in September, so it was like an omen that it rained on the Saturday that we were just meant to race on his birthday,” Jennings said.

“It was very special to win the event on his birthday, and the bye run in the final was just a tribute to him with all of our mates on the startline behind me. It was a big and emotional weekend.

“I would like to thank my brother Michael Jennings, Steve Hunt and Adrian Wood – they play a big part in my racing and I cannot thank them enough – and also Kingsley and Lauren Kuchel for their support, Tim Reidy for his patience, and the entire Sunraysia Drag Racing Association.

“I also wouldn’t be able to compete without the support of Rod-Tech, Grant from Norwood Automatics, Ford from Adelaide Car Transport, Ned and his awesome family from Smart Road Auto Wreckers and Smart Road Towing.”

“I never thought I would hold one of these in my hands, this is a dream come true, so thank you to everyone,” Cockerill said.

“Thank you to ANDRA, the Sunraysia Drag Racing Association, to all of the volunteers and to everyone else who has been here to help us try and get through what has been a trying season, and also to my step mum and dad.”

“Thank you to everybody and well done to Shane (Wynd, event runner-up) for keeping me honest in the final with a fantastic race,” said Baker, whose son Josh – who was entered to compete in Baker’s dragster at the weekend – welcomed a baby boy on the Friday of the event.

“Thank you to all of the officials and volunteers, well done to them and to ANDRA and Summit Racing Equipment for sticking on board with the Series.

“Thank you also to Paul Rogers Performance Transmissions, Wayne Cartledge from RaceComp Motorsports, and my beautiful wife Audrey for letting me come up here this weekend – I am guessing this prize money will be going towards a weekend away,” he laughed.

“I would also be remiss if I didn’t mention that I have had one crew person all weekend and that was my 17-year-old son Tim, so well done Tim on a fantastic job, I couldn’t have done it without you.

“Finally, I want to say congratulations to all of the winners and the runners-up, and thanks again to Summit Racing Equipment and ANDRA and well done to the Sunraysia Drag Racing Association and to Mark and Allan for the stream.”

“This is my home track and I love racing here, it is always a good show, so thank you to the Sunset Strip crew,” Tucker said.

“Thank you to my crew for the extra day that they had to help, and also to my sponsor Living the Dream Garage which helps with the car – major work has gone into it over the last two years, so thank you very much.”

“I have a lot of good friends here from back in my Modified Bike days. It was a nice trip down from Sydney, I love these tracks where I haven’t raced forever,” Khoury said.

“When I got the call from Edge Mallis asking if we could run in Competition Bike this weekend instead of Modified Bike so the class could have a field, I thought to myself, well I have never done that so let’s give it a go! And here we are with this result, so we are pretty happy with that!

“Congratulations to Edge on the runner-up result, to my sponsors K & S Autosport in Southport in Queensland, and VP Race Fuels.”

ANDRA thanks the Sunraysia Drag Racing Association and all of its volunteers and sponsors for an outstanding racetrack and a well-run event.