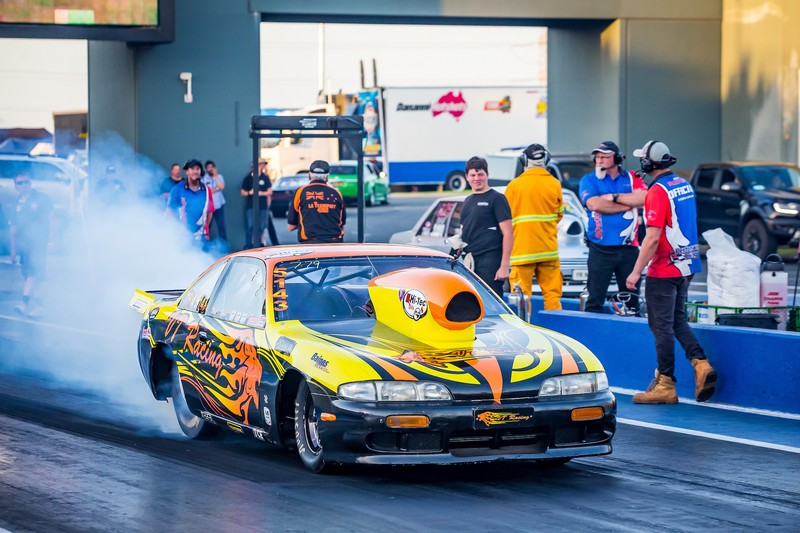 After an exceptionally competitive season, no less than four racers are on maximum points in the fight for the 2019/2020 Summit Racing Equipment Sportsman Series Top Sportsman title.

With just the ANDRA Grand Final still to be run, last year’s championship runner-up Vlado Turic is joined by defending champion Jason Arbery as well as Glenn Henley and Greg Damiani on 300 points, while Leon Davies is not far behind on 270 points.

Turic was the first to reach the points cap this season and currently has one event win (Goldenstates) and three runner-up results (Desert Nationals, Nitro Up North and Westernationals) to his name.

“I am feeling quietly confident ahead of the ANDRA Grand Final but it will all come down to the best racer on the day and we will each have as good a chance as each other,” Turic said.

“They (his championship rivals) are all top blokes and very good racers who are always a pleasure to race against.

“We really enjoy the rivalry and travelling around to different tracks around Australia to battle it out.”

While Turic debuted a new Mustang race car at the Westernationals, he will be making a return to his well-known Nissan S14 for the ANDRA Grand Final.

“Debuting the new car and being the runner-up at the Westernationals was a real stand out moment for our season so far,” Turic said.

“I am looking forward to returning to the Nissan S14 to finish out the season before we mix it up in both cars for 2020/2021.

“We have to send our thanks to Mark and Maxi from Huntsman Racing, Brenton for his help in transporting the car, Brett Matthews, Terry and Jackie Watt, Kym Fardella, Rojer Suanga and of course my best supporter and helper – my son Tommy Turic, who himself is in the mix for his own championship battle in the Summit Racing Equipment Junior Dragster category.

“My thanks also goes to ANDRA, the track staff, volunteers and all of the other racers who make this all possible.”