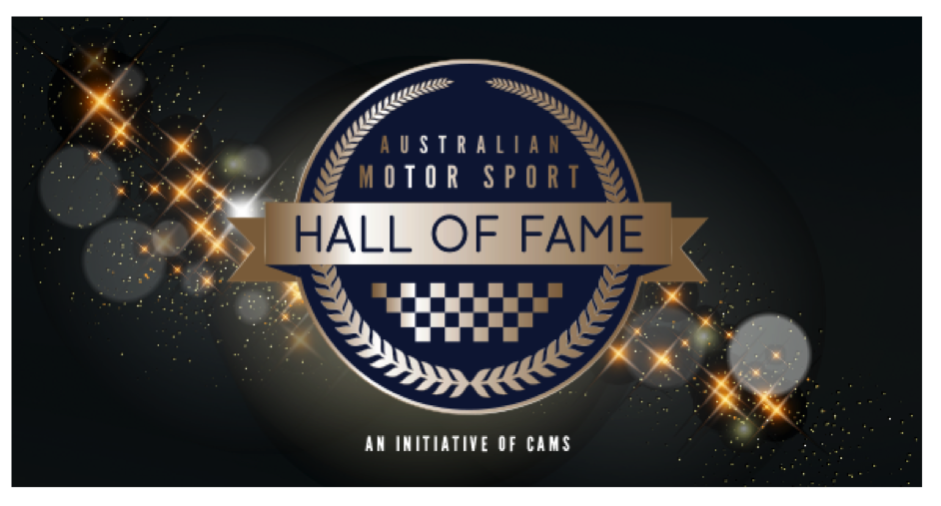 Motor sport’s night of nights will take place on Friday, 1st April 2016 when a select group of Australian motor sport greats from two and four wheel disciplines will be inducted into the Australian Motor Sport Hall of Fame.

The Hall of Fame will pay tribute to all disciplines of the sport; speedway, drag racing, circuit racing, rallying, motorcycle racing, karting and off-road racing, across the entire duration of Australia’s proud motor sport history.

Motor Sport Hall of Fame Committee Chairman Garry Connelly AM said the initiative was an historic and important step.

“Australian motor sport has an extremely rich and successful history of which we are rightfully very proud,” Connelly said.

“The first group of inductees will comprise approximately 30 individuals who have made incredible contributions to our sport on both two and four wheels.  It is incumbent on us to pay tribute to these outstanding people and as such the entire motor sport community is driving this initiative.

“It promises to be a truly memorable event, the scale of which will not be repeated given the number of inaugural inductees.”

CAMS President Andrew Papadopoulos said, “It is fantastic that motor sport now has a Hall of Fame. CAMS is extremely proud to have brought all of our sport together to recognise the wonder achievements of outstanding contributors to Australian motor sport.”

MA President Tania Lawrence said, “Australian motorcycle racing has produced exciting and significant champions in our long history of the sport and we are delighted to be able to acknowledge some of those champions at this important event.”

Karting Australia CEO Kelvin O’Reilly stated: “The recognition of our greatest motor sport contributors across all disciplines of our sport including karting, will be a fitting tribute to those who have raced hard and at the highest levels both nationally and internationally across so many years.”

Andrew Westacott, Chief Executive Officer of the Australian Grand Prix Corporation, said the collaboration between the organisations in support of the Australian Motor Sport Hall of Fame is a fantastic initiative.

“There are many motor sport legends that have positively impacted the industry both nationally and internationally. Australia has seen a great number of excellent motor sport athletes succeed at the highest level throughout the years. As the promoter of both Formula One and the Motorcycle Grand Prix in Australia, we are very excited to honour our champions.”

Speedway Australia spokesperson Shane Collins said, “The Speedway fraternity is privileged to have CAMS provide this wonderful initiative for some of our speedway legends to be recognised along with other the legends of motor sport.”

“Many Australian motor sport heroes have launched their successful racing careers through the Speedway ranks, so to have speedway recognised with all the other disciplines of motor sport is fantastic.”

V8 Supercars CEO James Warburton said, “V8 Supercars is proud to support this fantastic initiative and we congratulate the Committee and CAMS for their efforts to bring the Hall of Fame vision to reality.

“Australia has many drivers past and present who deserve recognition as heroes and history makers, living legends and champions and we look forward to celebrating as part of the Australian motor sport family.

“We know our fans will be delighted to see their heroes celebrated in this way and we look forward to April 1 2016 as much as they do.”

Motor Sport Hall of Fame inductees are selected by a voting panel comprising representatives from each discipline of the sport and three highly respected and experienced motor sport journalists.

The inaugural induction will take place at an exclusive induction dinner to be held at Melbourne’s Crown Palladium on Friday, 1st April 2016 (the Friday evening of the Formula 1® Australian Grand Prix).

The event will be attended by an array of motor sport luminaries and will be open to members of the public, with tickets set to go on sale from 1st October 2015.