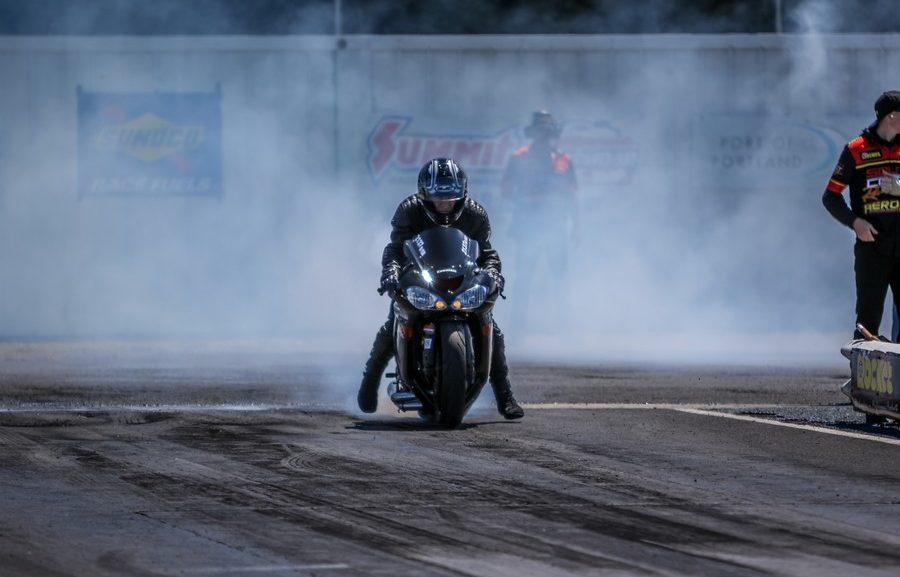 Dave Willis took out the Competition Bike victory at the last 18/19 Summit Racing Equipment Sportsman Series South Coast Raceway round and will be looking to make it two-from-two at the venue at this weekend’s South Coast 660.

The January 12-13 event marks round six of the 18/19 Summit Racing Equipment Sportsman Series and victory there is important for Dave as he seeks to challenge for the Competition Bike championship this season.

The 54-year-old Deck Operator is currently second in the Competition Bike championship standings with four rounds left to run.

“The championship is very important to me. With the competition, I am not sure if I will be able to take it out but I am certainly going to try,” Dave said.

“Taking out the victory at the South Coast Nationals certainly does help with the confidence heading to this weekend, as does the fact that I have finally got on top of some tuning issues with my bike that I have been struggling with this season.

“To be on top of that makes a huge difference and leaves me feeling good for the second half of the season as I am feeling a lot more confident now that I am going to be able to run the right numbers to be competitive.”

Making his form at South Coast Raceway even more impressive is the fact that Dave’s victory there earlier this season came as part of his first time on-track at the Portland venue.

“I had been there before but the South Coast Nationals was the first time I had ever raced at South Coast Raceway. I am really looking forward to getting back there and seeing if I can make it two from two,” Dave said.

“The Competition Bike bracket is excellent and I believe the changes that ANDRA have made have certainly been in the right direction. I am stoked that we have got a field running and I want to thank all of the other competitors that race,” said Dave, who also thanks his employer CSL Australia for their support as well as his family.