CONSISTENCY KEY FOR CZERNY IN PORTLAND

CONSISTENCY KEY FOR CZERNY IN PORTLAND 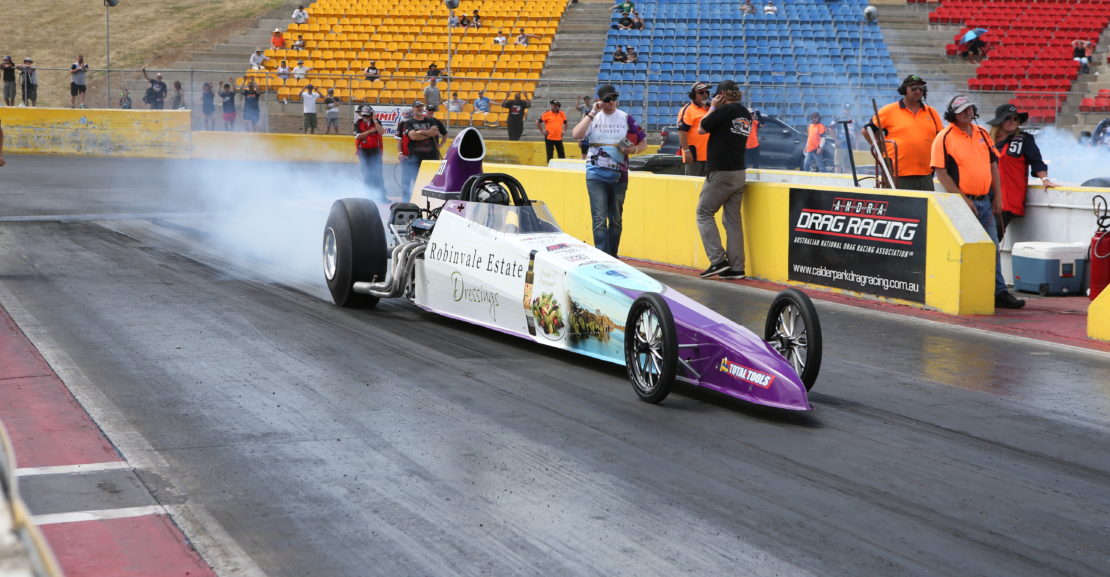 Matt Czerny and his Mullins Dragster are currently leading the way in the Modified ranks of the 2017/2018 Summit Racing Equipment Sportsman Series, which will enjoy its seventh round this weekend at Portland’s South Coast Raceway (January 20/21). At the South Coast 660 event, Czerny and his crew w…

Matt Czerny and his Mullins Dragster are currently leading the way in the Modified ranks of the 2017/2018 Summit Racing Equipment Sportsman Series, which will enjoy its seventh round this weekend at Portland’s South Coast Raceway (January 20/21).

At the South Coast 660 event, Czerny and his crew will be looking for their maiden Modified event win in what is their first season in the bracket, with their spot on the top of the points tally coming by virtue of the consistency they have enjoyed so far.

“It’s been a lifelong dream to complete a full season. This is our first season in Modified (he previously ran in Super Street) – we intended on racing all rounds and that’s what we will do,” said the 32 year old graphic designer from Beveridge (Victoria).

“We are looking forward to attending the Westernationals in Perth after Portland, and then the Grand finals to finish off in Adelaide. We race to have fun and to go a few rounds, but if we were to come away with a championship that would be a dream come true.”

The competition in the Modified bracket is very close with three events left on the 2017/2018 calendar.

“In my opinion, Modified is the toughest DYO bracket in the country. Everyone is in it to win, and there’s not one racer in the bracket you can take lightly!” Czerny said.

“They are all good people and most have plenty of years of experience which goes a long way when going rounds. Personally, we are having a blast running in Modified – we are learning about our car every meet and trying to become as consistent as possible which is what is needed if you want to win in this class!

“If you had have told me we’d be running high seven second laps and running every event this season 12 months ago though, I would have laughed pretty hard!”

Consistency is already proving key for Czerny, who finds himself in the number one position despite not having won an event so far this season.

“We have made it to the semis a few times and gained a runner-up spot at the Spring Nationals in Adelaide so far this season,” explained Czerny.

“The car is consistent and I am learning at each race meet we attend. Everyone who puts their car onto the starting wants to win, and I’m no different.

“The runner up result in Adelaide has only fuelled the addiction, and it is a great feeling going rounds late into the evening. We have had a great start this season and I am pretty keen to keep the wheels turning this weekend and going into Perth and Adelaide!”

As part of that mission, Czerny and his crew will be heading to Portland early to make sure they are in the right mindset come the weekend.

“We are going to be in Portland a day earlier and we will be taking some time to relax with my mates Ray and Dave; we’ll be doing some fishing and working out a plan for the weekend,” said Czerny.

“We drove all night to make Mildura after firing the car for the first time with a new engine on the Friday night, and arrived at the track Saturday morning. Then Adelaide wasn’t much different as we couldn’t get away from work early, meaning a long drive through the night.

“That isn’t something I like doing, so hopefully we will be fresh and ready to go for this weekend and if the car is consistent as it has been, we should be in with a chance!”

As with all racing outfits, there are plenty of people who make it all possible.

“Without Robinvale Estate Dressings and ETS Racing Fuels it wouldn’t be possible for us to do every round of the championship this season,” Matt explained.

“Paul Turner always has our back with our engine and maintenance, and I also need to thank Castlemaine Rod Shop, Total Tools Epping, Wayne at Racecomp Motorsports, MSMAA and especially my crew Ray Gould and Dave Code – they’re invested in this deal as much as me and we go to race as mates and to have fun. I am lucky to have some great people in my corner and wouldn’t have it any other way!”

Round seven of the Summit Racing Equipment Sportsman Series will be held at Portland’s South Coast Raceway on January 20 and 21.