Champions to be crowned and Hall of Famers to be inducted

Champions to be crowned and Hall of Famers to be inducted 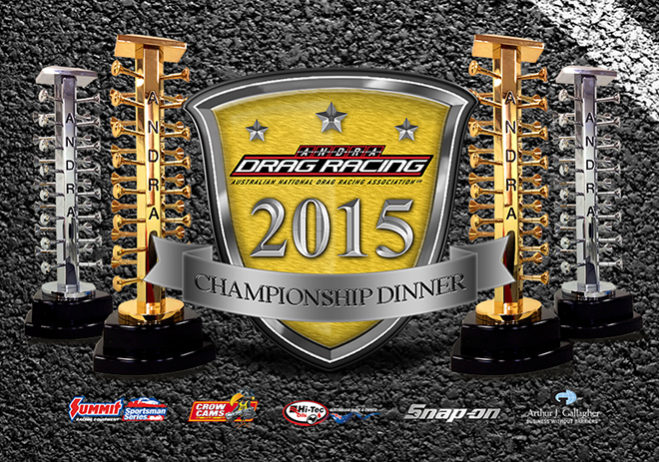 The John Storm Memorial Trophy ill also be awarded to Toby Austin for his 320 total points.

Congratulations to all for a great 2015 season!

Australian Drag Racing legends Joe ‘Buzzard’ Gatt and John Taverna were posthumously inducted into the ANDRA Hall of Fame at the 2015 ANDRA Championship Dinner on November 9.

Family members were on hand to collect the honour and give emotional speeches about their loved ones involvement in Drag Racing. 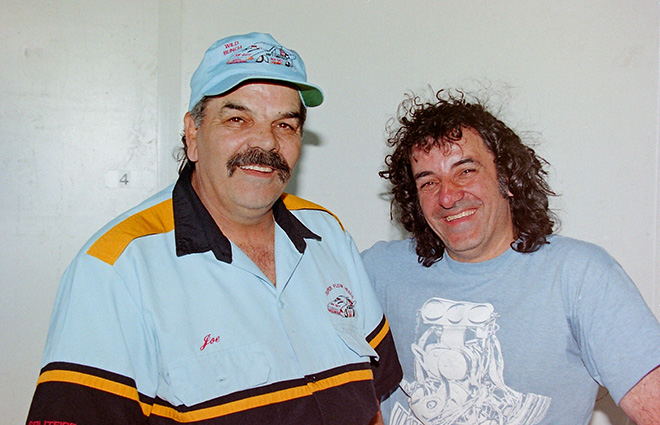 Joe’s involvement in drag racing dates all the way back to the early 60s. It first started with the Gladiators Car Club before testing his ‘34 Coupe with brother Ben at Riverside in Melbourne, including the first ever Australian Nationals in 1965.

Later with help from good friend Gordon Davidson, Joe stepped up to a side-valve dragster called “Sundowner” but by 1970 he had stepped aside to Crew Chief for Ben in what would become a long line of iconic vehicles.

Joe crewed his brother to national records, a Super Stock Championship and a 1991 Nationals win. But among the many accolades it was the 6.67-second world record for a Ford powered vehicle set in 1994, achieved in Joe’s favourite vehicle – the EA Falcon – that was one of his biggest career highlights.

His passion for cars and drag racing was immense, he touched many lives and he often remarked to loved ones how grateful he was to have experienced the life he lived both at and away from the race track. 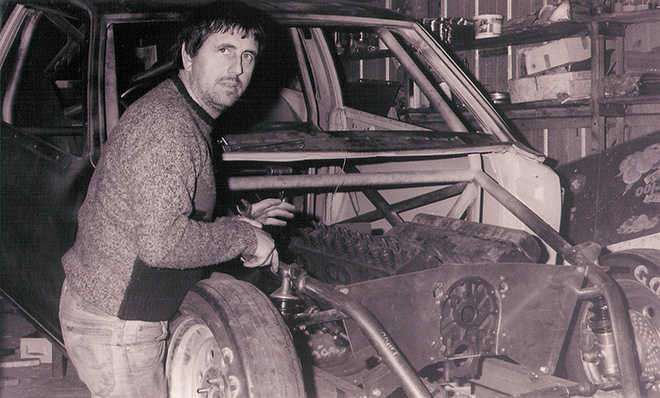 John got his start in drag racing in the early 70’s with his black ’57 Chev that was then followed by an FJ Holden originally called “Revolution” morphing into famous “The Grot” name that he became famous for.

Following the FJ, John ran a HK Monaro in C/Gas, then an LH Torana Hatchback also in the C/Gas class. A string of acclaimed vehicles followed with the VC Commodore, JB Camira and of course the Kermit Green JD Camira spednign time in Pro Stock and Gas classes.

John also became an active member of ANDRA where he served as a Technical Inspector, Division Director and member of the Competition Committee while continuing work in panel beating and spray painting along with establishing what would become the famed “John Taverna Chassis”.

He was a true innovator and his legacy lives on in both drag racing and the street machine world.

Wayne is passionate about drag racing and seemingly gives up every spare moment to serve the sport as an ANDRA Steward, Divisional Council member and National Classifier.

He first became an ANDRA Steward in 2001 and has since progressed to being a National Steward while also serving on the South Queensland Divisional Council and representing the DC as the National Rules Committee Representative.

As the National Classifier, Wayne also volunteers his time to sit on the Index Review Committee as a non-voting member providing valuable input on Group Two categories.

ANDRA wishes to extend our congratulations to Wayne on this prestigious award and we thank him for his tireless efforts serving the sport he loves not only in South Queensland but also around the country.

As the recipient of the 2015 Arthur J. Gallagher Volunteer of the Year Award, Wayne was invited to the 2015 East Coast Nationals at Sydney Dragway including a complimentary flight, accommodation and Championship Dinner Ticket.