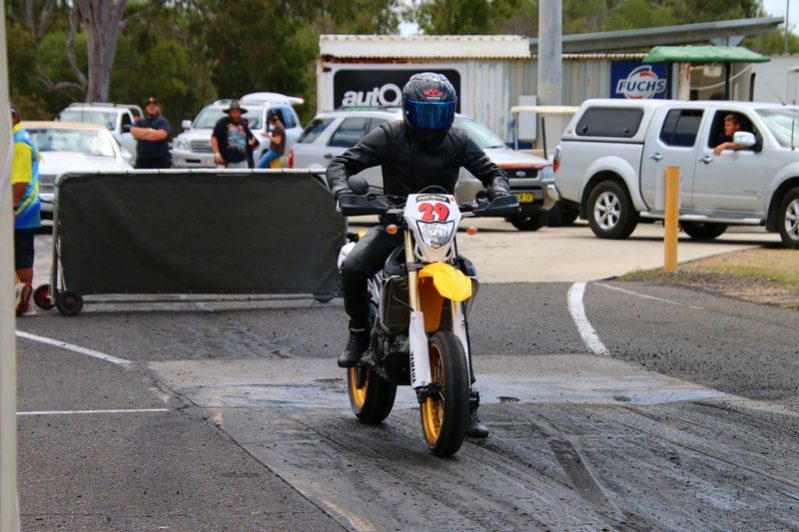 Benaraby Raceway’s final round of the 2018 Summit Racing Queensland Championship has seen the popular regional series conclude in style at the weekend.

Many of the championship winners had their hands well and truly full on Saturday evening, bringing home race day accolades as well – taking victory in not only the series but also round three were Thwaite, Halpin, Kelly, Bartley and Hansen while Langridge and Cunningham were event runners-up. Joining them in the event winners’ circle was Series Modified/Top Sportsman runner-up Sonogan – who set a perfect run (light and dial-in) in his second round of eliminations – as well as Hunter Oliver (H2 Racing Junior Bike), Tracy Rieck (Street) and Earl McCallum (Grulke Concreting Super Sedan). 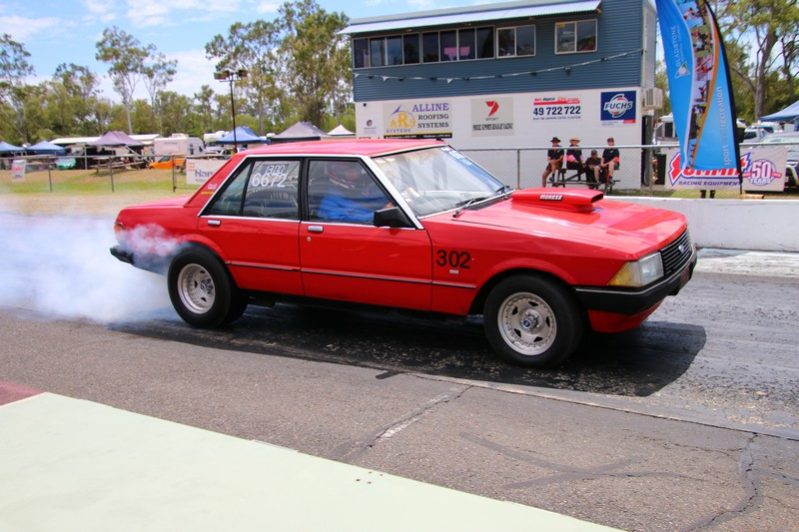 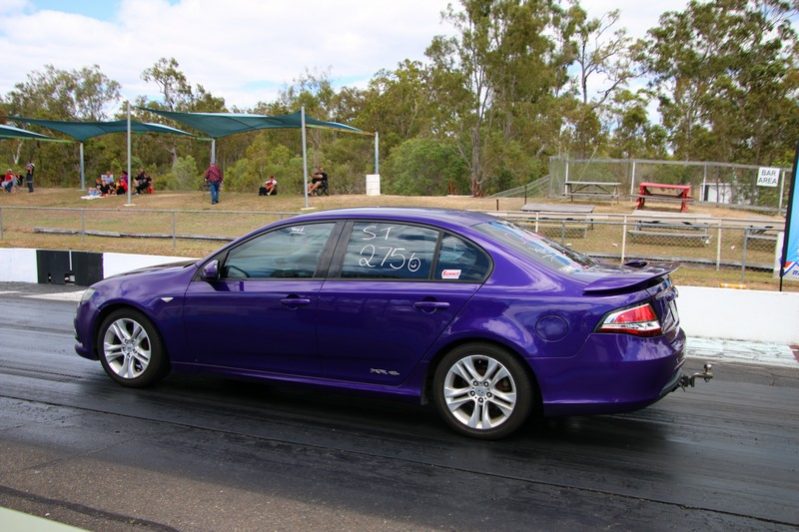 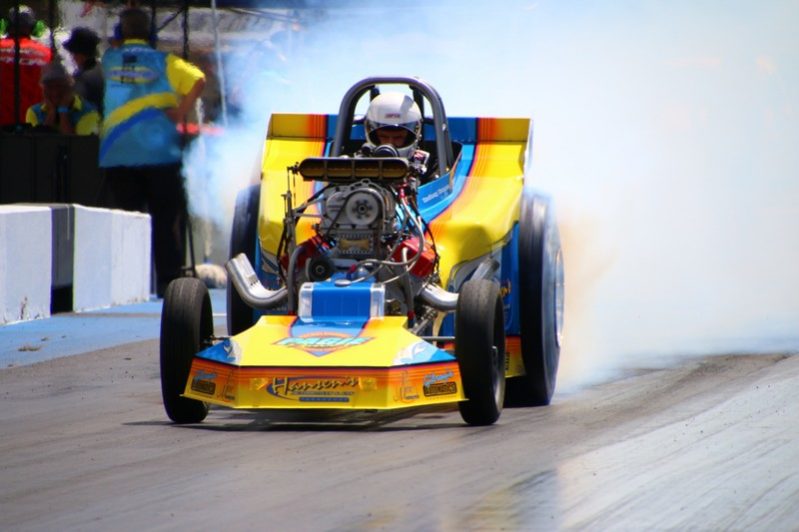 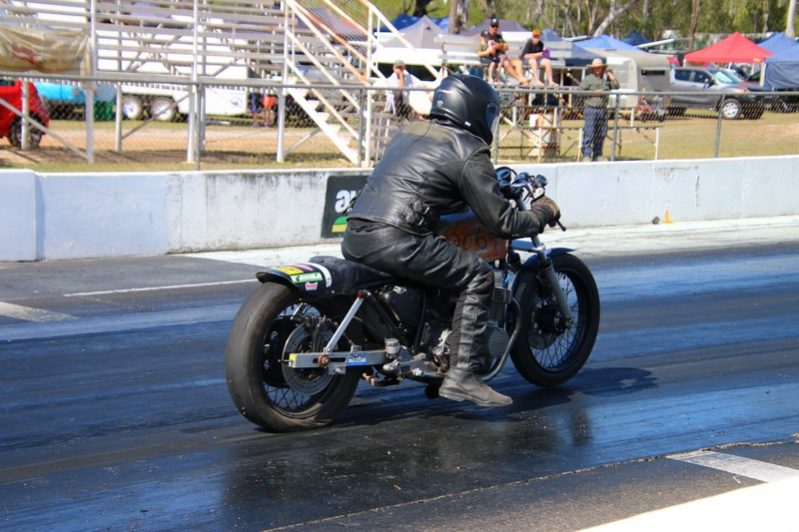 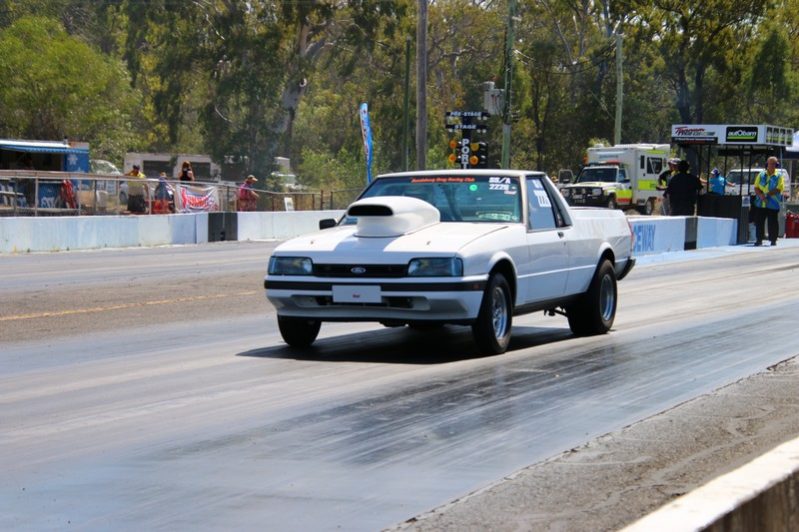 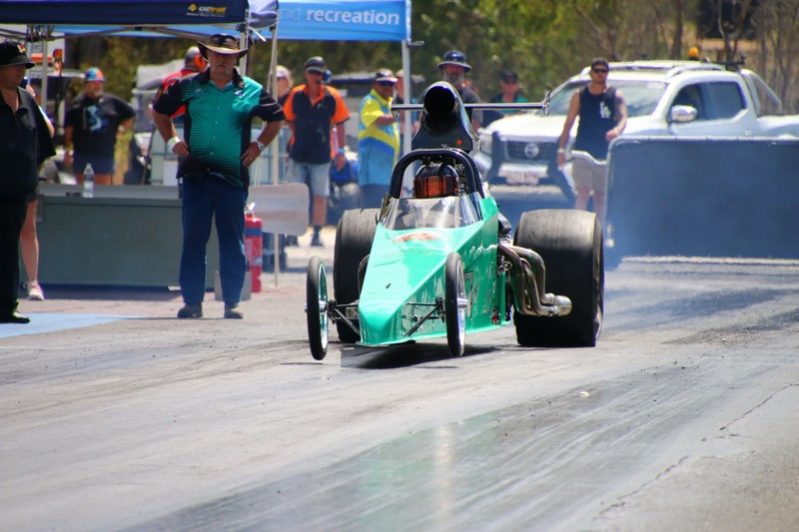 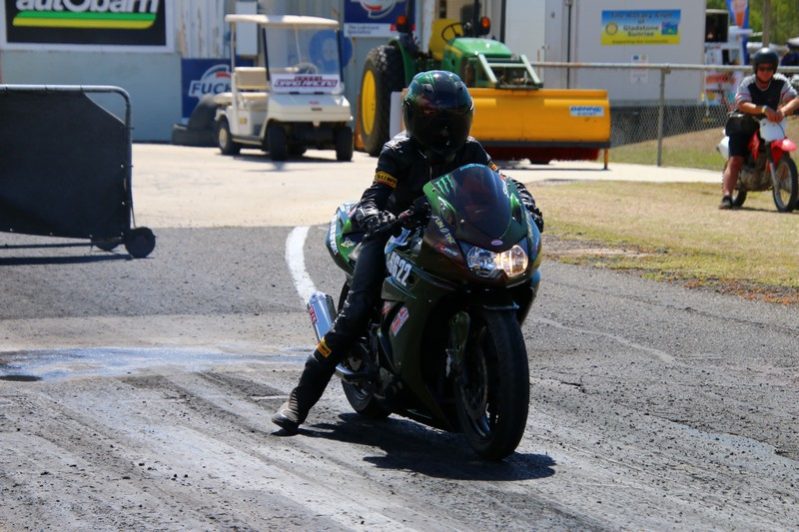 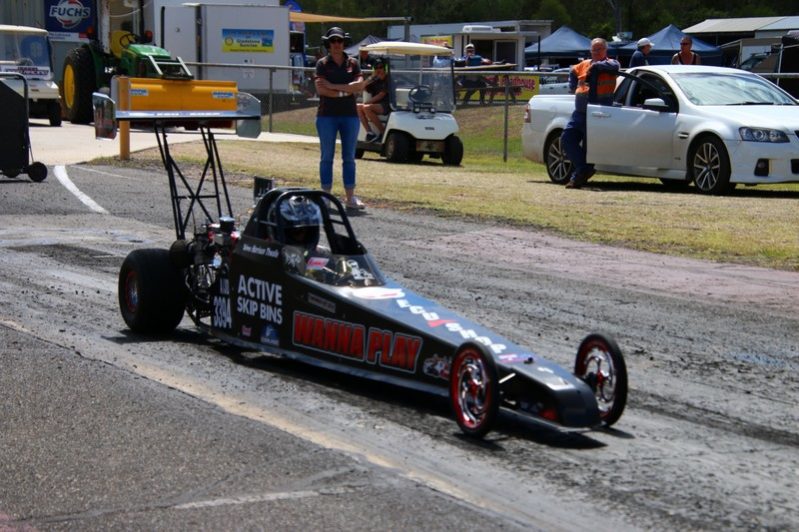 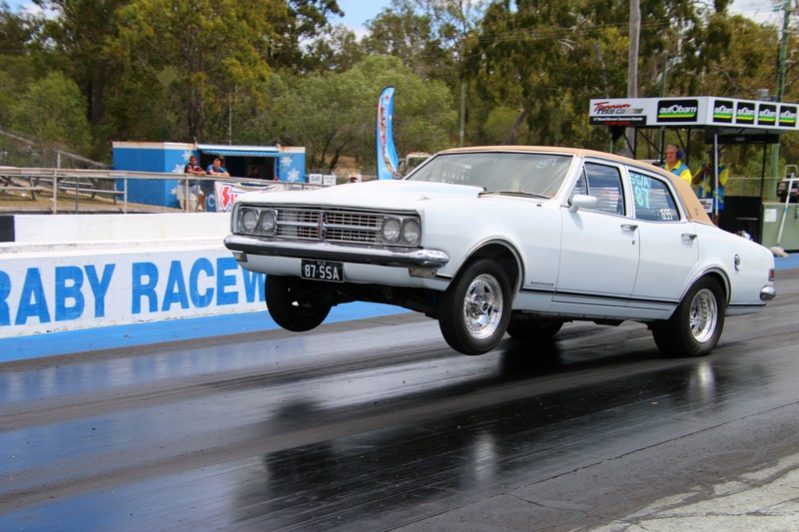 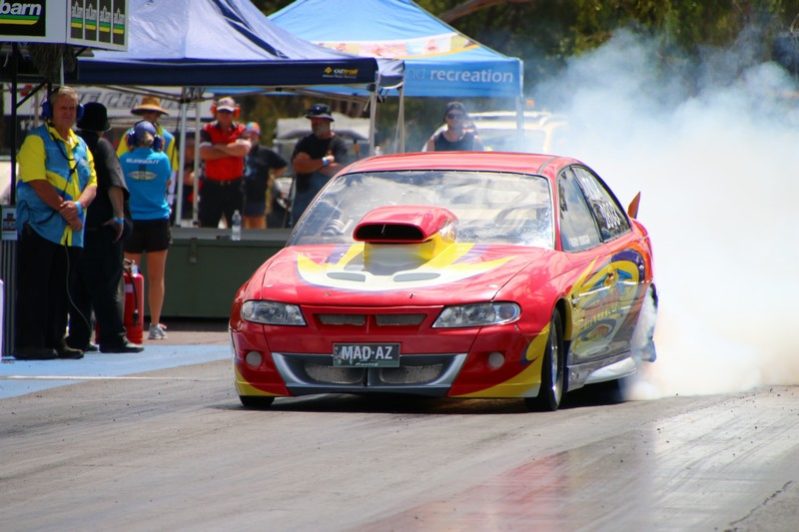 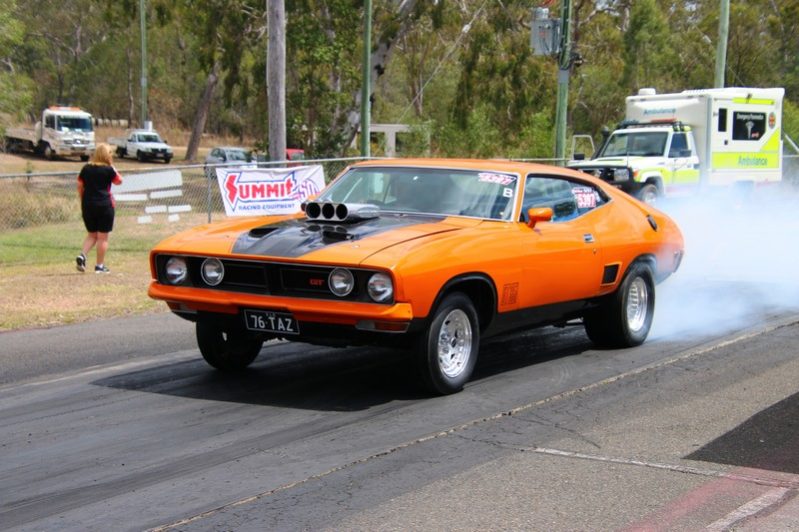 For Street Bike event and championship winner Matt Halpin, it was all a bit unexpected.

“I was running two bikes this weekend – at the beginning of the series the whole idea was to have the Street Bike there as an extra; I took the Modified Bike to race it and then when there was a Street Bike class at round one, I decided that I might as well race that as well. It was a bonus to take it there and have a bit of fun,” Halpin explained.

“When the first round went all right in Street Bike I thought I had better keep going and it seems like it has certainly worked out and has been worth the trip! I have to thank Halpin Motors and give a special thanks to my brother John Halpin for lending me the wheels for the bike,” he laughed.

“It was a good day on Saturday, I can’t complain about anything at all – everything went well and it was smooth sailing really.

“The Summit Racing Queensland Championship is a lot of fun – Roma is my local track so I race there a lot but this year was my first trip to Mackay. I loved it and it has been a really good time, there are heaps of good people racing alongside you and I hope it all continues next year and keeps getting bigger and better.”

For Super Street champion and event winner Brett Kelly, it was a complete surprise to be called out to collect his Copper ANDRA Xmas Tree on Saturday evening.

“After the second round I ran through the points in my head and I thought I was too low down to take a win, I thought I might be able to get the runner-up sport,” Kelly said.

“I have made a few changes to the car, switching over to running methanol and I have a spare engine in it at the moment as I damaged my proper race engine, but it ran pretty good and when I got the win in the final I thought I might have locked out the runner-up result for the series. Then at the presentations they called out Richard Dawe as runner-up and I thought I had miscalculated and I wasn’t even in the running – but then they called me out for the Champions’ trophy! I just went ‘wow’, it was a real shock!

“It is a good series, and I will be back next year.”

“Our goal was to make the final and hopefully take a win and it did happen and it was even better because my cousin Kilarney Back won all three of her races and came second in the series so we had two HJ Racing cars up there, that was really good,” the 15 year old said.

“It was a good weekend, the cars went really well, we had the right tune-ups, and the track was fantastic.

“To have won it two times and back to back, it is actually pretty amazing, I just can’t believe it. I have to send a big thanks to all of my sponsors – JADS Earthworks, Active Skip Bins, B & G Auto Electrics, 1KD Performance & Mechanical and Robert Ambruosi PSI Race Engines – as well as all of my family and friends who follow me around the country side watching and supporting me doing what I love.

For Outlaws event winner and series champion Rodney Hansen, it was a fantastic day at the race track.

“We had a pretty good day all in all – it unfolded well, qualifying went pretty well and we didn’t have any dramas, the car behaved and the track was excellent,” Hansen explained.

“The racing went really well and to grab another Tree is always great – it is a pretty good feeling and to be able to do that in your own state and travel for the Queensland series is great.

“My crew guys always do a fantastic job, so I have to thank them – Jason Page and Cory Hess – as well as Gilroy’s Automatic and Peter and Helen, Paigepower Race Engines and Hansen’s Automotive.

“The Summit Racing Queensland Championship is definitely something I enjoy and I think eighth mile racing is a lot more challenging than quarter-mile racing – everything happens a lot quicker!”

ANDRA would like to thank Ironbark Raceway, Palmyra Dragway and Benaraby Raceway for their running of the Summit Racing Queensland Championship and also all of the racers for supporting the series.

Full points from the Summit Racing Queensland Championship will be posted to www.andra.com.au shortly.