With the recent testing conducted at Willowbank Raceway by Andrew Cowin's, Rocket Industries TF Dragster blasting off with impressive numbers proves their re-entry to ANDRA Pro-Series may well send a sonic shockwave to all that attend; supporting their company catch phrase as: "The Leaders in Performance Products".

Jay Upton and his Top Fuel Promotions Team had a mixed season in 2009/10.

In a year that saw the team recover the National Record from New Zealand and set the fastest half track speed in the world this year, Upton was disappointed not to regain the National Title, finishing runner-up in the Championship they have won four times already. 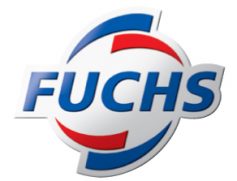 Fuchs Lubricants has renewed their sponsorship to naming rights of the Lamattina Top Fuel Racing Dragster in 2010, with the partnership now entering into its seventh year. Both LTFR and Fuchs are excited about the upcoming Australian Top Fuel Championship season.