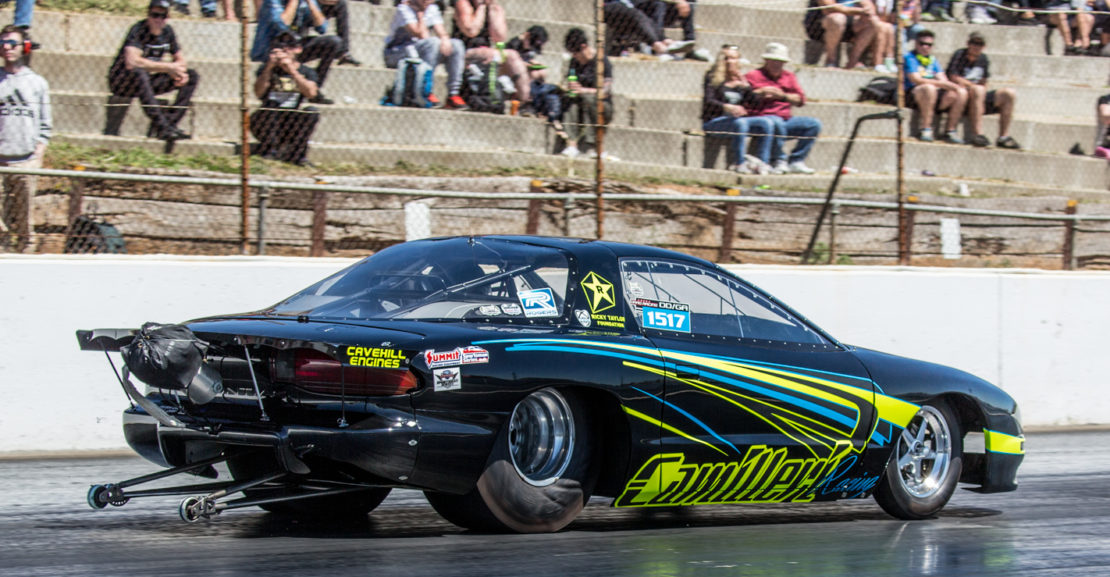 At last weekend’s Spring Nationals, held at Adelaide International Raceway, Daniel Camilleri not only top qualified and won the SuperComp proceedings but also twice reset the national DD/GA record. The Victorian racer’s convincing performance in his Pontiac Firebird started right from the first…

The Victorian racer’s convincing performance in his Pontiac Firebird started right from the first qualifying run, and continued all the way to a record-setting final round win.

“Our first qualifying run was sort of faultless. It went fast on the first hit, so that enabled us to relax a little bit and just make sure the second one was just as good,” explained Camilleri, who thanks his family, friends and crew as well as sponsors Cavehill Engines, Paul Rogers Transmissions, Dominator Torque Converters and Supa Trik Diffs for their support of his program.

“As I was down on crew for the weekend and the turnaround time between the final qualifier run and the first round of racing was an hour and 15 minutes, we elected to drop the third qualifying run and get ready for racing, so I guess you could say our early qualifying runs really set us up well for the racing.

“From there, it was one race at a time as they say, and we took it all the way through!”

When it came time to get down to racing, the 42-year-old refrigerator mechanic enjoyed some luck yet still had to pull out all the stops to ensure he snagged the event victory.

“We got a bit of a get out jail free card on the first race with a red light from Alex Panagiotidis, then because we had top qualified and it was an uneven field, we were able to get a bye run for the second outing,” said Camilleri, who also gave a shout-out to Peter Pisalidis for his efforts running the event.

“We still ran the car down the track in the second round to make sure it was okay, and in the third race we were able to cut a really good light of 0.009s to catch and drive around Adrian Vella.

“In the final, we faced off against Steve Norman and we knew he was going to be fast. I had already hurt the index so I knew I had to hold it flat all the way and drive it out the back door, and that is what we did. We were able to get him on the lights and get the win.

“It was a really good result, everything came back in one piece and I really enjoyed the one-day format. It made us quite busy of course with only a couple of crew, but I think it is a good format.”

The Berwick (Victoria) local now looks ahead to the Rowe Memorial, to be held at his home-track Calder Park on November 25.

“I am looking forward to the Rowe Memorial, hopefully we can have a large list of entries and a full 16 car field of Super Stockers!” he said.

Before Camilleri lines up for the Rowe Memorial – round six of the Summit Racing Equipment Sportsman Series – the Series will head across to the Perth Motorplex for round five of its 2017/2018 racing calendar.