BENNY STEVENS TO RIDE IN NHRA

BENNY STEVENS TO RIDE IN NHRA 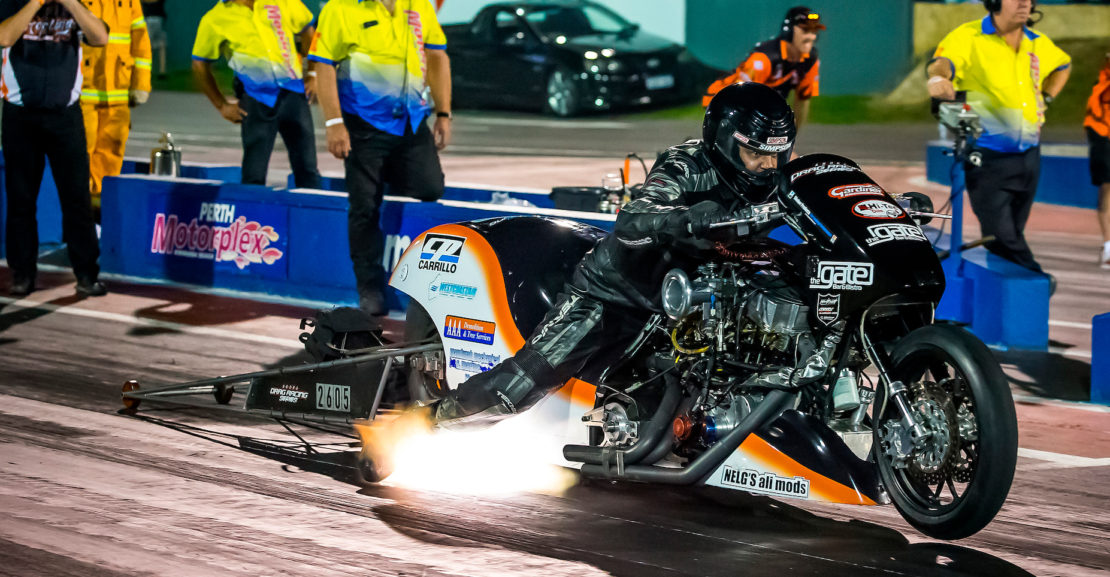 Australian nitro Harley rider Benny Stevens is set to compete in the NHRA at Bristol’s Thunder Valley Raceway in June.…

Australian nitro Harley rider Benny Stevens is set to compete in the NHRA at Bristol's Thunder Valley Raceway in June.

Stevens, 30, will be riding a Mike Bahnmaier team motorcycle, a deal that was lined up by Terry Stewart of Shaker Products. Stewart watched Stevens in action during a trip down under and the idea of having some fun in the States grew from there.

“It has been on the cards for a while now,” Stevens said. “I have been working closely with Terry, he has been helping me out with engine componentry and the idea has been dropped a few times through conversations. We were planning to race last year in Vegas in November but I went out and brought a semi trailer instead.

“As time has gone on we have talked more about it and we have seen the Top Fuel Harleys ended up making the NHRA at a higher level so we thought it would be a good time to give it a shot. Terry came over here and gave us a hand with the bike and we have been talking since then about it and concreted it just after he left. It was just a case of finding a bike and making it all happen.

“I am grateful that I will be able to ride against some of the best in the game with a great team. The bike I will be riding is a two-valve deal, 194 cube. It’s a different style to my old junker but I will smash the throttle and see how it goes!

”Plenty has changed in Stevens’ life recently, with brother Luke going through a severe car accident that will require a long rehabilitation process.

“It was hard to make the decision to go over there for the round we wanted to entered,” Stevens said. “As Luke has started to wake up I can see enough improvement that I can go and continue on this thing and he would be pissed off if I didn’t go. I told him about it and he gave me a big smile and there will be another time in the future when he can come.

”As part of the adventure, Stevens will be using it as an opportunity to raise money for his brother’s rehabilitation.

“I think my brother will laugh the most when he finds out about it and hopefully we can try and raise a bit of coin for the young fella.

“Thanks The Gate Bar and Bistro, West Coast Air, AAA demolition, Hitec Oils, Nelgs Ali Mods, Kleenit Applecross, MDK Trans, Alpha Concrete and Mandurah Mechanical and Marine. And to Terry Stewart for lining it all up for me and Mike Bahnmaier for letting me be a part of his set up.”