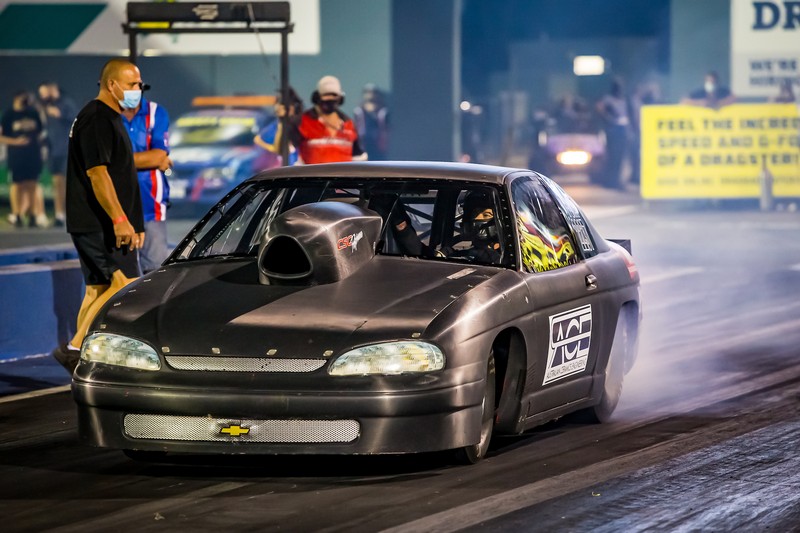 To ensure he has a chance at the national title, Bakranich has decided to travel from his WA base to Mildura’s Twilight Nationals this weekend, and in doing so, has signed himself up for an especially hectic racing schedule as he attempts to lock down both the national and state-level honours.

The Twilight Nationals event (March 18-19), hosted by the Sunraysia Drag Racing Association, marks the penultimate round of the 2021/2022 Summit Racing Equipment Sportsman Series.

“The Westernationals was a pretty good event for us without any major dramas, and when we took that victory, the decision was made to travel and compete in the Twilight Nationals so we can try and get to the 300 points cap ahead of the ANDRA Grand Finals here in Perth,” Bakranich explained.

“I am on 200 points thanks to winning at both the Goldenstates and the Westernationals, but it is going to be a challenge – I essentially need to win in Mildura to get to the points cap, but we have to give it a go.

“I haven’t been to Mildura before so in preparation I have been talking to Marty (Martin Micro, reigning Australian Super Sedan champion and fellow WA local) who has been a few times and we will be meeting up with him over there.

“If we could win, it would be awesome. I travelled once a long time ago in Super Street only to go out in the first round, so hopefully this time we can travel and make it a winner, that would just be amazing.

“It is certainly going to be tough – not just racing at a new track but also managing the travel and the racing schedule between the national events and the local events.

“I am leading the WA Drag Racing Championship in Top Sportsman, so we can’t afford to miss any rounds of that title either.

“This means that we were racing the weekend after the Westerns, and then are turning around and heading to Mildura right away. As soon as we are done in Mildura, we will have to high tail it back as we need to race again the following weekend in Perth.

“And then just around the corner will be the Grand Final event (April 8-9). We are fitting in five events in six weeks (starting from the Westerns) with a trip to Victoria in the middle, so it is going to be very busy.

“It has certainly been a while since we have had such a hectic racing schedule. It has been and is going to be a mad rush, but we will be doing our absolute best to make sure it is all worthwhile.

“In the meantime, I would like to thank all those who are supporting our pursuit of these titles: Jason from CSC Performance, Mike from WA Racing Developments, Dave from Westcoast Cylinder heads, Simon from Allfast, and my crew Zac, Josh, mum, dad, Tyronne, Marcina and Angel.

The Twilight Nationals will be held at Mildura’s Sunset Strip across Friday March 18 and Saturday March 19. For event info, go to www.sunsetstrip.org.au