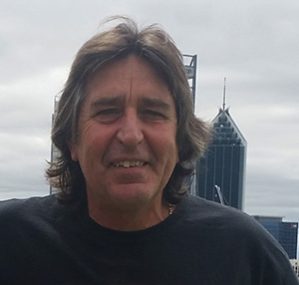 As more and more racers currently travel, ANDRA CEO Malcolm Bulley recognised the need for a consistent approach to the organising and running of all ANDRA Championship Rounds around the country.

“To make this work we needed to create a position at event level and engage a person that not only knows the sport inside out but has the skills to work with local tracks and racers,” said Bulley.

“We are delighted to announce that Ray Treasure will take on this role as ANDRA National Championship Race Director.”

“I’m excited to take on this new role and be a part of taking ANDRA Drag Racing forward,” said Treasure.

“Having already worked with most tracks around the country at varying levels I have a very good rapport with local meeting directors and track officials.

“I’m looking forward to working with ANDRA staff and local track officials to assist in providing racers with the best possible racing conditions and ensure ANDRA National Championship events run as efficiently and smoothly as possible.

“Having been actively involved in the sport for 40 years at just about every level there is no doubt Drag Racing is well and truly in my blood. I couldn’t think of anything better than to have the opportunity to work with so many great people and being a part of a professional approach to the ANDRA Drag Racing Series.”

Working in conjunction with the express authority of the meeting director and the ANDRA Competition Manager, Treasure will manage the effective communications between championship competitors, track management, ANDRA representatives and the relevant ANDRA Division where the race meetings are conducted.

Treasure will also travel to ANDRA championship events as required and will oversee track preparation, schedule modification and pit layout with the promoter and advise promoter’s representatives and event participants on ANDRA policies, procedures, rules and regulations that apply to their respective class.

The role is due to officially commence at the next ANDRA Drag Racing Series event at Hidden Valley Drag Strip to be held August 14-15.