Outlaw Mark Eves Is Ready To Tame The Wild Beast

Outlaw Mark Eves Is Ready To Tame The Wild Beast 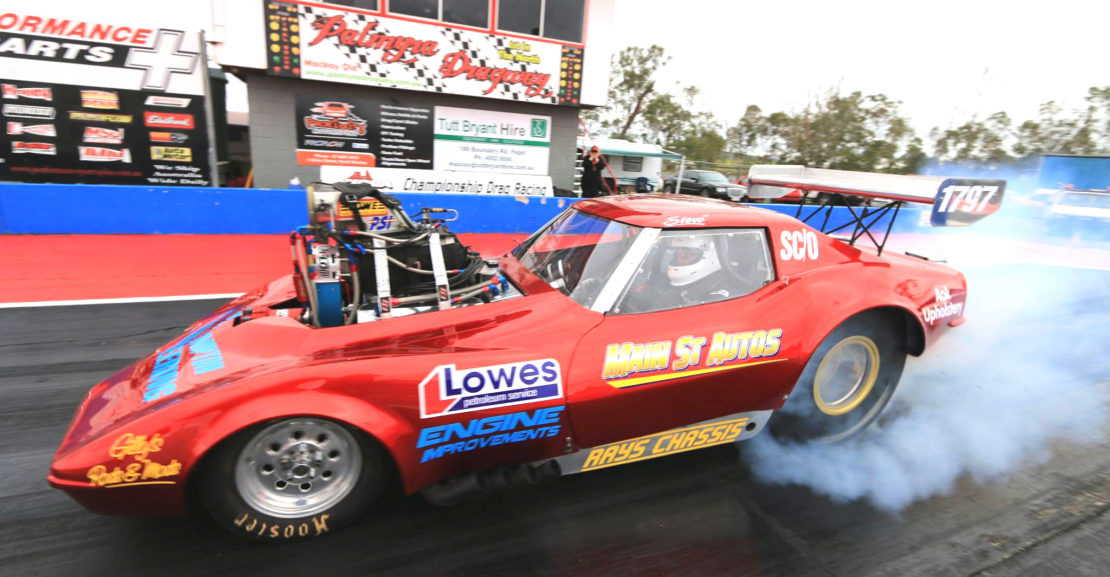 photo by Luke Dahms One of the more “spectacular” cars at Rd 1 of the Summit Racing Queensland Championship was the relatively new Supercharged Outlaws Corvette driven by Mark Eves.…

One of the more “spectacular” cars at Rd 1 of the Summit Racing Queensland Championship was the relatively new Supercharged Outlaws Corvette driven by Mark Eves.

Eves was a regular back in the days when the Wild Bunch set drag racing on fire with names like Victor Bray, Ben Gatt, John Zappia and many more. Who can remember those State of Origin battles between NSW and Queensland?

Eves was remembered for his supercharged Holden Gemini and HQ. As the classed later morphed into Top Doorslammer, Eves was not able to stay with the pack and the expense so stepped away to concentrate on his own Auto Repairs business.

It was only prior to Rd 1 of the Summit Racing Queensland when Phil Wheatly called Eves with an offer to drive his Corvette.

“It’s got all the good gear in it like 600 cube BB Chev and PSI, but neither the car or driver had met prior to the Palmyra round.”  “Phil purchased the car from someone in Rockhampton and went right over it and rebuild it up to what you see today.

Well social media went through the roof when footage went up on Facebook of Eves performing a burnout and then spinning out and doing a 360. Thankfully his opponent did his burnout first and Eves was lucky to avoid walls and casually drove the car back into his lane and waited to see his backup crewman before reversing back to the line.

Eves said, “ It didn’t faze me and I knew exactly what happened and where I was at all times, that’s why I continued with my run after the track official gave me the thumbs up to continue. All in a day’s work”

“I’d been away from racing my own car for some 20 odd years, but had piloted a few cars over several years,” said Eves. “It was good to be back into the seat. The car was certainly a handful but it didn’t really faze me. It was like water off a duck’s back, you never forget!

“After the race, Phil and I discussed a few things which needed to be looked at. The car kept turning left, so with some rear end adjustments in the 4-link set up, the car should handle a lot better. Phil’s also carried out a few other minor issues and repairs, including repairing the broken power-glide input shaft.

I’m really looking forward to getting back in the car and seeing how she goes this time. It would have been good to do a few runs prior but Beneraby has a test n tune on tonight so the plan is to try it out there.

“The car has the potential to run at the pointy end of the pack so hopefully I can keep the pedal flat to the floor and run some good numbers, “finished Eves.