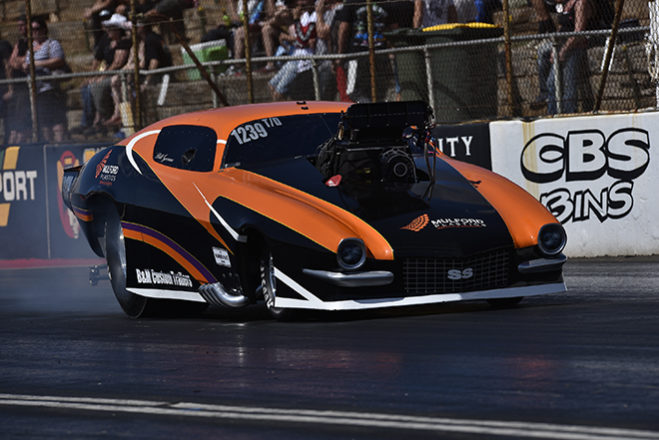 The two Queenslanders will team up with Ham as Crew Chief whenever he is not spearheading his own race operation in the United States.

“We had some challenges at the Summit event (at Willowbank in April),” said Goonan. “There were a series of things that happened that actually opened up doors for change.

“As a result, we have upgraded the fuel system, clutch and some new parts. This also gave birth to Steven Ham coming on board as our new Crew Chief. Sometimes in times of adversity, seeds of greater things are born.”

Having inked Ham to a deal and freshened up his inventory, Goonan’s focus is on the Fuchs Winternationals and a career best performance in front of family, friends and supporters.

“Willowbank is a special place for Michelle (partner) and I. It’s our home track, the atmosphere is incredible and we have a lot of support from friends and family locally.

“My parents attend the Winternationals and it means a lot that they are there. My father has had some health challenges of late so that is really driving me to give him the best show possible and go for a trophy!”

Since joining the Top Doorslammer bracket, B & M Motorsport have taken a proactive approach to promotion attracting new sponsors to the sport such as Mulford Plastics and The B Belt.

“Mulford Plastics have come on board. This is their introduction to Drag Racing, which is exciting. ‘The B Belt’ is a unique fashion product that has got behind us and last but not least, the Eagle Tavern in Eagleby are supporting us by running a raffle with some great prizes and having the car on display (last weekend). Repco at Loganholme have also made a contribution for the Winternationals.

“To get a different result, you need to think differently. There are some things we are working on so stay tuned for that.

“We are pumped for the Winternationals. There have been a lot of changes on the car and in the crew. Look out is all I can say.”