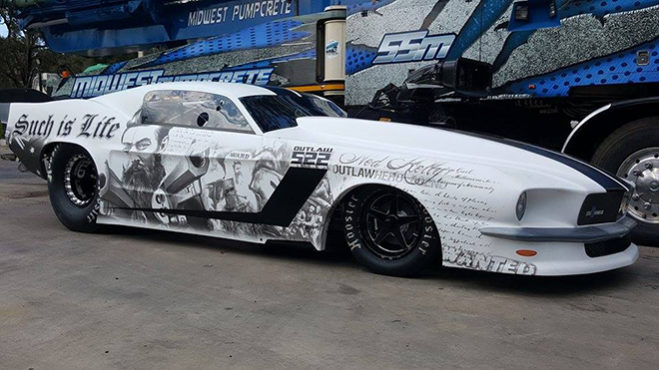 The Larry Jeffers built race car will feature iconic Australian outlaw Ned Kelly and the famous Kelly Gang in what is sure to be a fan favourite when Dack hits the track.

“The whole idea of the theme on the side – that’s Illusion Vinyl Wraps & Graphics, JD and Josh McClennan,” said Dack.

“In the US there’s an Al Capone car belonging to Mike Knowles. He’s gone with the Italian gangster theme and I always liked it. But here I wanted to go with an Aussie theme and I couldn’t think of anything better than Ned Kelly.

“I’ve just come back from the States and I looked at that car and thought – as much as it looks nice, black doesn’t stand out on the track. So I thought we’ll go white and black. And with all the other black like the billet rims it looks pretty trick.”

Dack has always loved the 1967 Mustang having campaigned one in Supercharged Outlaws before stepping up to Top Doorslammer.

The build for his new ride began two years ago in the US and was completed in Australia.

“I got it as a roller chassis with a body, wheels, carbon brakes, billet diff and all Larry’s stuff in it and I’ve put it all together. I had to add brake lines, parachutes, fire system, motor, gearbox, fuel cells – we just did all that here.

The team will complete the finishing touches and have the car scrutineered at the October 10th ANDRA Tech Inspection Day at Perth Motorplex before making a full race debut in the near future. 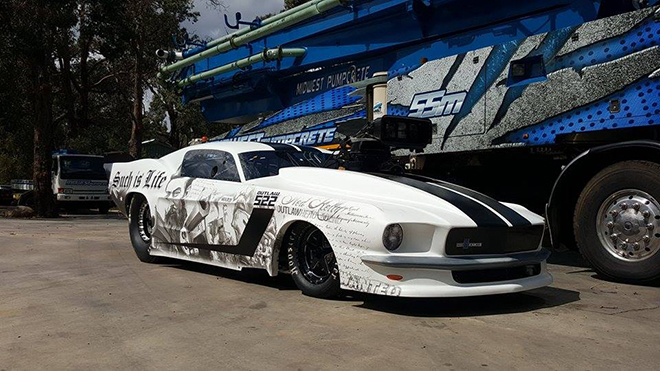 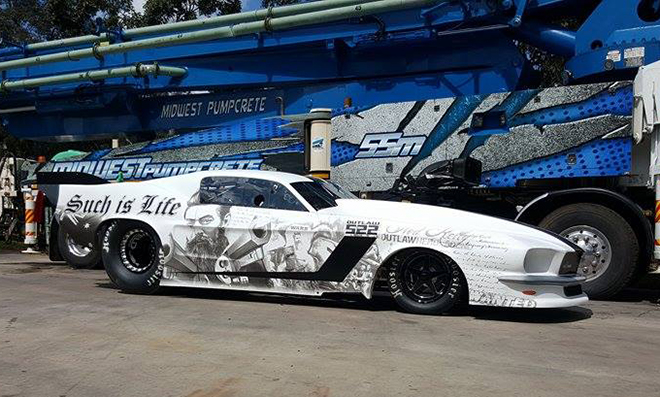 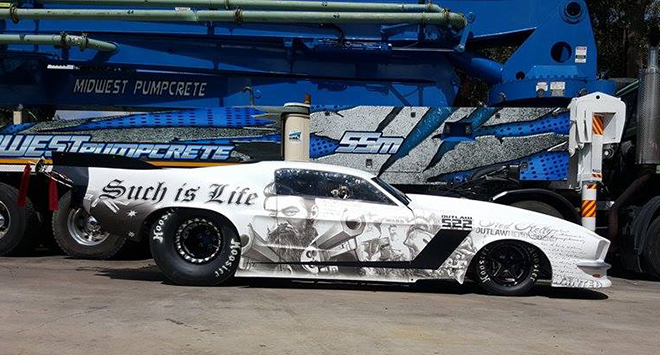 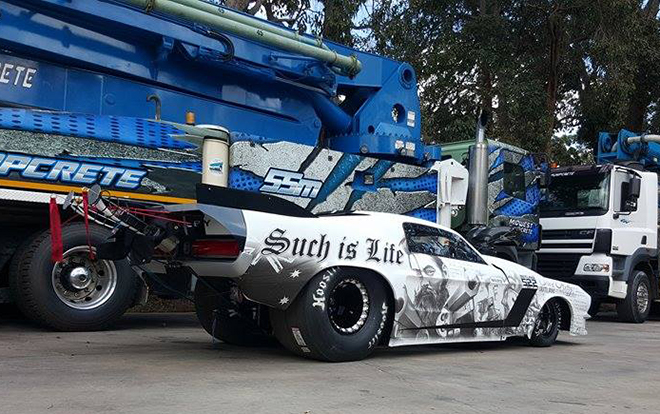