ROLL OF HONOUR FOR GODFATHER OF NT MOTORSPORT

ROLL OF HONOUR FOR GODFATHER OF NT MOTORSPORT 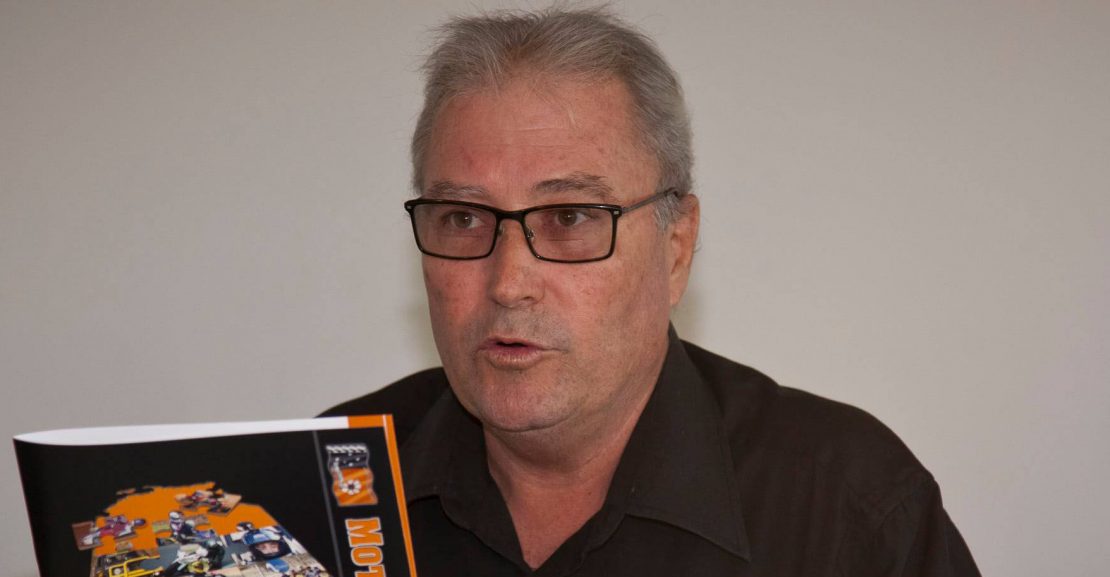 Over the years, there have been many volunteers who have had an impact on motorsport. From grass roots to the highest level of administration, we have so many to thank for going above and beyond in playing a role to help improve the sport.

And it’s no different in the Northern Territory, with hundreds of registered Motorsport Australia officials in the state continually doing their bit across a range of disciplines, week in week out. They are the lifeblood of motorsport around the country.

However, ask around in the Northern Territory and you’ll be told that there is one individual who has been incredibly influential over the past three decades in building the sport in the NT to where it is today.

Whether it be in Karting, the Motorsport Council or MotorSports NT, Grant Hamon’s impact on the sport is telling and the list of his achievements could be made into an autobiography.

One particular moment of significance is his most recent accolade in being recognised at the NT Sport Awards’ Roll of Honour, where he became just the second individual from motorsport to receive an award at this prestigious evening.

“It was a huge honour because the NT Sports Awards has been going for quite a long time and Clive Baxter is the only other motorsports person that’s been recognised there so far,” Hamon said.

“He won it quite some time ago as well, so it’s a huge privilege to have actually received that award, particularly at such a high level, along with so many brilliant sporting people.

“I’m incredibly proud to have won this award, but I must say there are many others who have assisted along the way and deserve a lot of credit. The people that have been on the Motorsport NT Board have all very talented and have offered a great deal of support.

“They were the people that really helped pull it all together and made motorsport what it is today in the Territory.” To single out one or two significant moments that stand out as Hamon’s contribution to the sport is like trying to find a needle in a haystack, because there have been so many.

Born and raised in Alice Springs, Hamon entered the sport as a competitor where he raced at the Speedway in Tennant Creek before focusing his energy on the administrative side of the sport after the local club was facing bankruptcy and was in dire need of assistance.

Within the year, he had turned the club around and made it financially viable, before turning his attention to one of his most successful projects in the 1990s – the famous Tennant Creek Go Kart Grand Prix.

Attracting hundreds of fans every year for 13 years, the event boosted the national profile of the small country town and went on to win a number of Brolga awards as a regional tourism initiative.

A big fan of karting, Hamon would go on to race in the sport for the next 20 years, which also saw him enjoy an 8 year stint as President of the Darwin Karting Association, where once again, he had a major influence on the development of the Association.

The club went on to improve dramatically under the watchful eye of Hamon, becoming self-sufficient with its funding, introducing a world standard race timing system and lighting towers, building brand new facilities and creating a family like atmosphere through junior development, female participation and family inclusion.

In the early 2000s, Hamon was approached to weave his magic for the Northern Territory Motor Sports Council and weave his magic he did. For the next five years, he worked tirelessly in creating a new management plan and formulating new structure which resulted in $3.5 million in Government funding.

Another major impact from Hamon’s time on the Council was the innovation of MotorSports NT Inc and its recognition as the peak body for all motorsport throughout the Northern Territory.

Acting as the MotorSports NT President for 15 years, Hamon was responsible introducing a new constitution, increasing the number of affiliated clubs from six to 17, building relations with other countries for potential international participation at Hidden Valley and after more successful lobbying with the state government, receiving more than $40 million in financial support.

In 2016, he stepped down after being diagnosed with cancer and was given a 1 out of 10 chance of survival, however in typical fashion, Hamon has defied the odds and his cancer has since gone into remission.

Motorsport Australia CEO Eugene Arocca praised Hamon’s efforts to the sport and for receiving the award.

“Grant is a genuine personality who has done so much for our sport over the long period of time in the NT and we are thrilled that he has been recognised and awarded with such a prestigious honour,” Arocca said.

“I am sure there are plenty of people who feel the same way as I do in applauding Grant for this wonderful achievement. It is fair to say that Grant has transformed NT motorsport into the success that it is today. That is quite a legacy.

“A warm and heartfelt congratulations to Grant for receiving this award from everyone at Motorsport Australia.”