RICKARD LOOKING FOR RAW RESULTS AT THE MOTORPLEX

RICKARD LOOKING FOR RAW RESULTS AT THE MOTORPLEX 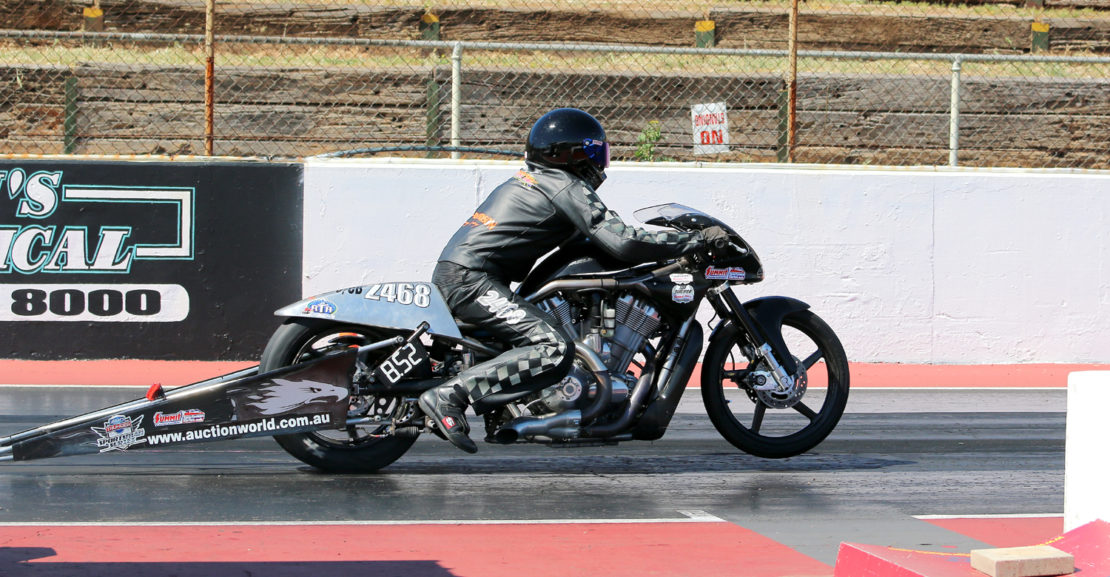 Danny Rickard has stepped up to a new bike for the 2017/2018 Summit Racing Equipment Sportsman Series and is hoping to claim its first win at next weekend’s Prestige Lock Service Goldenstates (11 November).

The Perth Motorplex event is the fifth round of the 2017/2018 Summit Racing Equipment Sportsman Series.

“When I started racing two and a bit seasons ago, we started on a Shovelhead Harley running 10.2 second passes, and then for the next season moved to a V-Rod Destroyer running low-nine second efforts. Now, we have moved to another V-Rod that was owned by Niki Zak – the fastest and quickest woman in the world on two wheels,” Rickard explained.

“The bike is called ‘Raw’ and it is just awesome to ride. Niki is a really good friend of mine and she has given me so much drive and encouragement to get out there and win, I can’t thank her enough for all she has done for me.”

It has been a rollercoaster ride for Rickard and ‘Raw’ so far this season.

“We have run each of the four rounds so far this year, starting with Nitro Up North in Darwin,” explained Rickard, who thanks sponsors Rickfield Truck Repairs, Brassballs Motorcycles and Niki Zak for their support of his racing.

“Darwin was a bit of a challenge for us as we were starting off with the new bike that we hadn’t event tested! Luck was on our side though in qualifying and we went all the way to the finals, but unfortunately, we red-lit.

“Then it was off to Alice Springs for the Desert Nationals – there we had another weekend of good luck, taking out the Top Qualifier Medallion and running consecutive 8.8s again like we did in Darwin. But again, we got to the final and then red-lit!

“Next, it was time to go to Mildura for the Sunset Strip Nationals. Once again, we were the top qualifier and went into the finals – and here my good luck ended, with a flat battery on the start line we didn’t even get the chance to take the tree. It was disappointing, as it could have been a really great ‘Harley v Harley’ final.

“It seems our luck really had run out at this point, because Adelaide’s Spring Nationals turned out to be a disaster – we entered into Competition Bike and it did not go well for us. We hadn’t prepped the bike as we should have due to an overload of work leading up to the event.

“So, I guess for us it is a matter of bring on round five! I can’t wait to get to the Prestige Lock Services Goldenstates at the Perth Motorplex.”

Next weekend’s Perth event will mark a new frontier for Rickard.

“We haven’t raced there yet, but have heard lots of good things about the track, the facilities and the staff – I am sure it will be a huge event as everyone tells us!” said the racer who is based in Adelaide (SA).

“Hopefully WA puts on some great weather for us – we will be hoping to run some 8.6 second passes on the Perth track.”