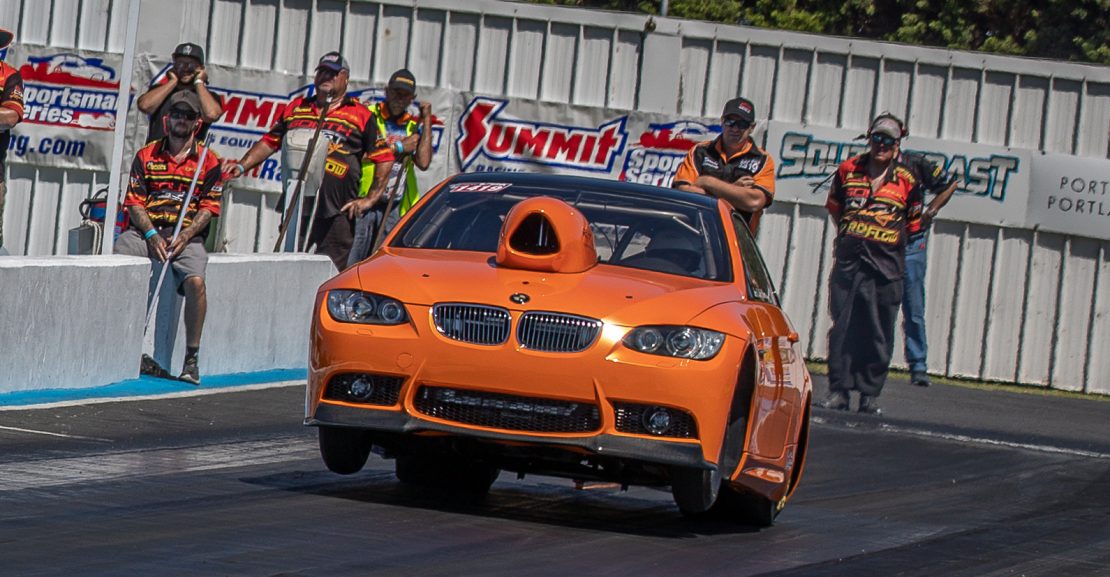 South Australia’s Steve Norman will head to next weekend’s 50th annual Westernationals in Perth off the back of a clean sweep at the recent South Coast 660 at Portland’s South Coast Raceway.

At the January 23/24 event, Norman took out both the DecoGlaze Glass Splashbacks Top Qualifying Medallion and the ANDRA Christmas Tree Trophy for the Super Comp bracket, and also broke a national record along the way.

“We have been going to the Westernationals for the last 12 or 13 years, we haven’t missed very many and for us, it is definitely a favourite event,” explained Norman, who travels from his base in Whyalla to contest the Summit Racing Equipment Sportsman Series events.

“We would be going to the event whether we were in the hunt for the championship or not as it is ‘the’ event as far as we are concerned. It is a magnificent complex over there and the Motorplex team always look after the interstaters so well.

“We are looking forward to it for sure, I would go tomorrow if I could!” he laughed.

While no one has been happy about the extended lay-off caused by the impacts of the COVID-19 pandemic, for Norman it has had a silver lining as it gave his team the chance to repair a damaged engine on his BMW M3 without missing too many events.

“In November 2019 we went to Perth and I hurt the engine and that would have put us out for the rest of the season, but the way things turned out, there wasn’t that much racing anyway while we were working on the car for the six or seven months it took to have the engine redone,” he explained.

“In the extended season we have ended up with the same number of events we would have in a usual season, just with a big lay-off in the middle, and we are currently still in the mix. We will definitely be trying to take it out – as long as we keep turning up, we will be in with a chance!”

If Norman’s South Coast 660 performance is anything to go by, his car is back to tip top shape following its repairs.

“We had a really good trip over there to South Coast Raceway. We qualified really well, I knew we had good power and we had no issues, so we were able to qualify number one,” Norman explains.

“On Sunday, our first round was against Adrian Vella – he has got a very similar car to us and I went a little bit too hard and hurt the record and the index.

“In the second pass I had a bye run, so then it was off to face Craig Geddes in the final. Craig is always a very tough competitor, but we managed to get through.

“The track was pretty good and the facility there is just fantastic. Everything was really good with the car; we had no issues and no maintenance problems, so it was quite smooth.

“We certainly weren’t trying to set the record; it is a bit of a catch 22 as it hurts your index. But sometimes you just push that bit too hard and you end up with a National Record!

“It is nice to get a national record to your name of course, but at the end of the day we really race for the trophies, not the records.

“Overall, I was very happy with the weekend – it always feels good to clean sweep an event and it is all about the points for the championship!”

Norman has a number of people in his corner as he pursues the title.

“I would like to thank our major sponsor, RT Race Craft, and also my crew – Ryan Lee, his dad Regs Lee who has just re-joined us after being unwell for a while, Ryan’s partner Hayley, and my eldest grandson Connor – for all of their support.”

The Westernationals will be held at the Perth Motorplex across February 27 and 28. For event info, go to www.motorplex.com.au