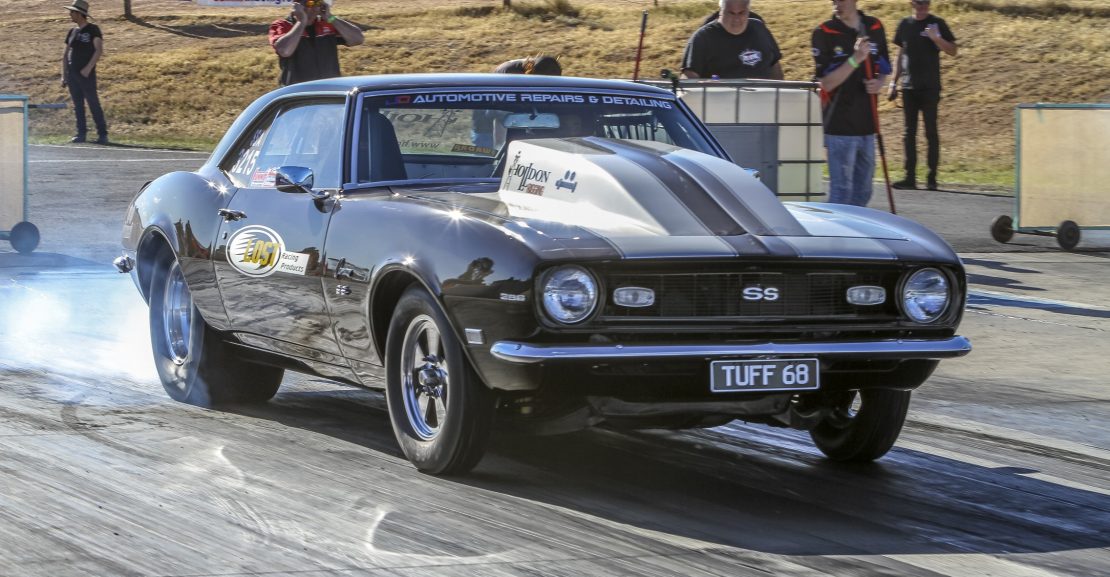 Bibra Lakes’ Martin Mirco is hoping for some birthday luck at next Saturday’s 45th annual running of the Goldenstates at his home-track, the Perth Motorplex.

It isn’t his own birthday luck he is betting on though, instead it is that of his wife Laura who will celebrate her birthday on the same day as the event (December 1) which marks round five of the 18/19 Summit Racing Equipment Sportsman Series.

Mirco’s hopes even have precedent, with his first Gold ANDRA Christmas Tree trophy coming at the Westernationals earlier this year on his daughter Jenna’s 14th birthday.

“I hope I can bring home a Silver ANDRA Christmas Tree at the Goldenstates, not only because I haven’t got one yet, but because hopefully it will make up for missing Laura’s birthday,” Mirco laughed.

For the 45 year old Super Sedan racer – who incidentally only just celebrated his own birthday earlier this week – a Christmas tree trophy would be the perfect result from next weekend’s event as he looks to make up for missing the last round of the Summit Racing Equipment Sportsman Series.

“The last round of the Series, the South Coast Nationals at Portland, clashed with the first round of the Perth Motorplex Track Championship; so I wasn’t able to make it,” explained the Director of family business, Mirco Brothers Pty Ltd.

“I have been to all of the other events of the series so far this season and I hope to get to all of the rest also – although the February event at Mildura clashes with another round of the track championship as well. We will have to see how we are going in the points, hopefully I am doing well enough that I can afford to miss it out, but if not then there will be some tough decisions to be made!

“Hopefully I can get plenty of points at the Goldenstates to make up for missing Portland and get that plan on track.”

While he missed out on round four of the series, Mirco has been enjoying the series so far this season even if he was a little out of his comfort zone at the Hidden Valley, Alice Springs and Mildura tracks.

“I had never been to any of those venues before and I had never raced on an eighth-mile track before so the Mildura event was always going to be a bit different and I had to get my bearings.

“All in all though it was a good experience and I am looking forward to seeing what else the season brings.”

Mirco thanks his sponsors Lost Racing Products, Holldon Rigging, JD Automotive Repairs and Detailing and WA Bolts for their support of his racing; as well as his wife Laura and kids Ella and Jenna; and his crew Jason, Raymond and Mick.

Round five of the 18/19 Summit Racing Equipment Sportsman Series, the Goldenstates, will be held at the Perth Motorplex on Saturday December 1. For event information, visit www.motorplex.com.au or www.andra.com.au