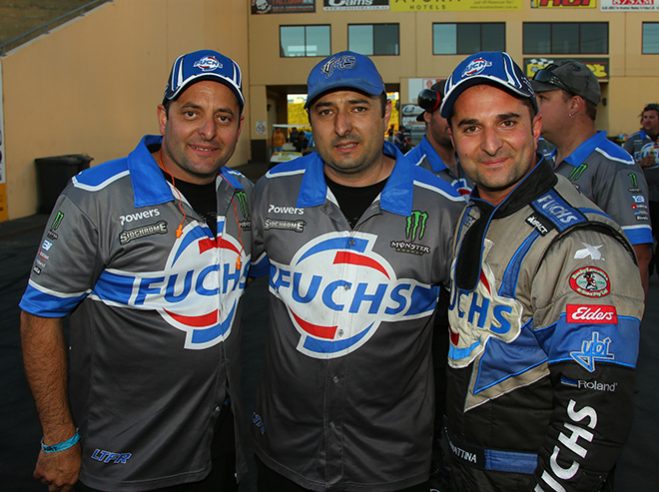 One of Australia’s most successful and well-respected drag racing teams, Lamattina Top Fuel Racing has decided to withdraw from championship competition after achieving three championships and numerous accolades during more than 10 years running their team at the pinnacle of the sport.…

One of Australia’s most successful and well-respected drag racing teams, Lamattina Top Fuel Racing has decided to withdraw from championship competition after achieving three championships and numerous accolades during more than 10 years running their team at the pinnacle of the sport.

Team boss, Phil Lamattina explained, “You need a lot of things to work well together to go racing and perform at the highest and at the moment, we are not feeling like it’s something we necessarily want to continue to do.”

“My brothers Angelo and John who run and drive the cars respectively, need to be a part of it all. We are tight, we race as a family and this is the decision that we have collectively made.

“The decision was made that this year would be our last in Top Fuel, no matter what happened.”

After a recent chassis failure at the Fuchs Winternationals, Lamattina has been the focus of constant speculation about his racing future.

“I’m at the stage of my life where I was losing some passion for racing, it’s more about family than anything else. I have been asked if it’s the accident that has made the decision and the answer to it is a genuine ‘no’. It’s far more than that, you have to be 100% committed to the sport to compete at this level and that desire needs to be there, after our last championship, I think the desire level wasn’t at the same intensity. It takes time and resources and you need to weigh up the energy levels required versus the passion, and the equation isn’t quite working for us, it’s that simple.

“The truth is that this chapter of our racing lives was drawing to a close in our minds. The Winternationals has added an exclamation point to the end of it all!

“I would have preferred that the exclamation point was another championship, that’s for sure. Life doesn’t work that way, though, no fairy tales here!” laughed Lamattina.

“From our point of view, we have no regrets, we have had the very best partner with us through the entire journey in Fuchs – to Wayne, Lisa and the entire Fuchs team, we are blessed to have had them with us throughout. Our relationship with Fuchs will continue and as I have said before, it’s not sponsorship, it’s a relationship between our family and theirs. A true partnership.

“We certainly got some media for them during our last event, even in hospital, I’m still the best marketing asset they have got!” smiled Lamattina.

“We have had some great people with us and to all our crew, team members, partners, fans and anyone who has been a part of our journey – THANK YOU! Our lives have been better for you all being a part of it, but the most important part of racing the car is making sure you pull the ‘chutes at the right time and for us, that’s now.”