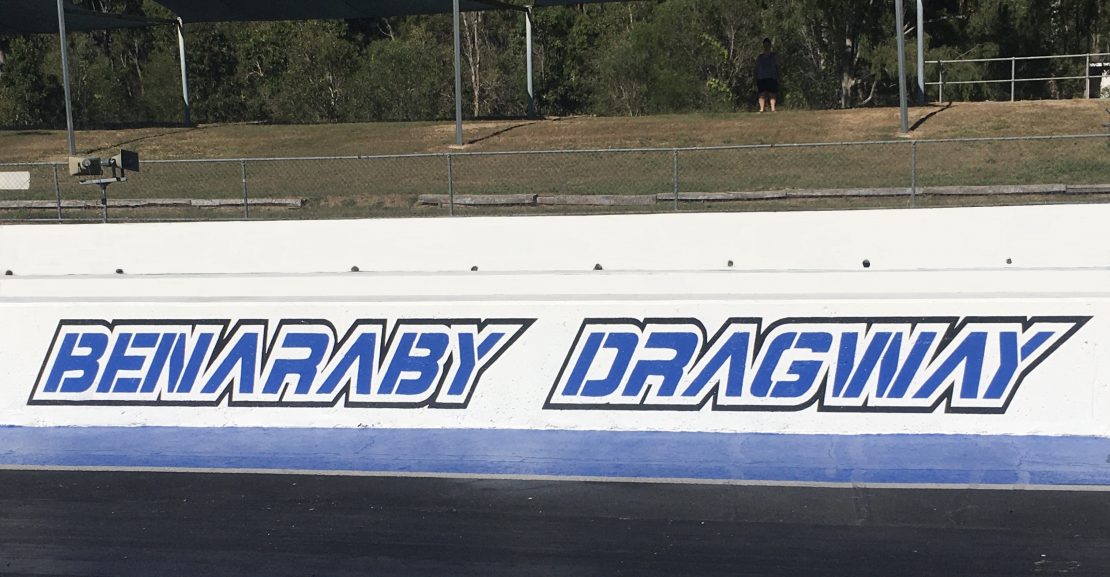 The Australian National Drag Racing Association (ANDRA) and the Central Queensland Drag Racing Association (CQDRA) regret to confirm that current border closures in the wake of COVID-19 outbreaks around the country have forced the cancellation of the Summit Racing Equipment Sportsman Series double-header that was scheduled to be held at Benaraby Dragway across August 28 and 29.

While regrettable, ANDRA and CQDRA state this was the only possible and fair option to ANDRA members with the majority of interstate racers prevented from participating in what were to be rounds three and four of the national title chase through no fault of their own.

For local racers, the last weekend of August will still host plenty of exciting racing action at Benaraby Dragway, with CQDRA set to host a Racing for Aces Eighth Mile event for Queensland competitors on the weekend the SRESS was set to appear.

Thanks to Benaraby Dragway’s “Full, Fast, Friendly” Refund Policy, all entrants who have paid to compete at the Benaraby Dragway SRESS events in August and who do not wish to attend Benaraby Dragway on the 27th and 28th for Racing for Aces will receive an immediate refund upon messaging the CQDRA Facebook page or emailing cqdrapresident@gmail.com.

“We never want to cancel a round of the Summit Racing Equipment Sportsman Series, let alone two that were to be held at a popular regional track for the first time, but at the same time we must ensure our national competition is fair for our members and with the vast majority of interstate competitors effectively locked out of the event, it became clear that we could not proceed with our original plans,” ANDRA Chief Executive Officer, Brett Stevens, said.

“At all times we will do all that we can to proceed with events where we can, and we are greatly appreciative of the continued support of our members in their attempts to attend all events possible despite the uncertain climate that we all operate in at the moment as COVID-19 continues to impact the entire country.

“While it wasn’t possible to proceed this time around, we are committed to racing at Benaraby Dragway in the future and encourage all Queensland members to head to the track on August 28 and 29 to support them at their Racing for Aces event.”

“Everyone involved with Benaraby Dragway including myself, the hard-working committee, track staff and various volunteers are most honoured that ANDRA chose our regional venue to host a double header of the national Summit Racing Equipment Sportsman Series this year and a lot of preparations have gone into making this a fantastic event for all involved,” Gawley said.

“However, with the current border closures all over Australia, we hardly feel that ours would be a true National Event without participants from all over this great nation coming to take part in the action. Therefore, with regular communication with ANDRA and the interstate entrants we have had to reassess and plan for a future SRESS event when the time is right.

“Benaraby Dragway has some great racers that were keen on taking part in the double header, including Supercharged Outlaws and Comp Bike racers, as well as those competing in Super Street and on Modified Bikes.

“We never say never at Benaraby, so we are determined that our efforts that have gone into preparing for the Summit Racing Equipment Sportsman Series will not go to waste.

“Local or not, we invite you to come and see what all the noise is about, and feel the Benaraby Experience for yourself.

“In the meantime, I wish to thank Rocket Track Glue for their support and amazing products along with our lane sponsors Autobarn and Tannum Tyre Centre for their full support all year.

“Racers should also please note that Benaraby Dragway is proud to have a Full, Fast, Friendly Refund policy. If you were nominated for the Rocket Nationals and are not going to be at Benaraby on the 27th and 28th, please send a note to our Facebook page or email me direct at cqdrapresident@gmail.com and I will arrange an immediate refund for you.

“If however you want in on the Racing for Aces eighth mile action, please message me and stay tuned for all the details!”

The next round of the Summit Racing Equipment Sportsman Series is currently scheduled to be held at Mildura’s Sunset Strip across September 18 and 19.