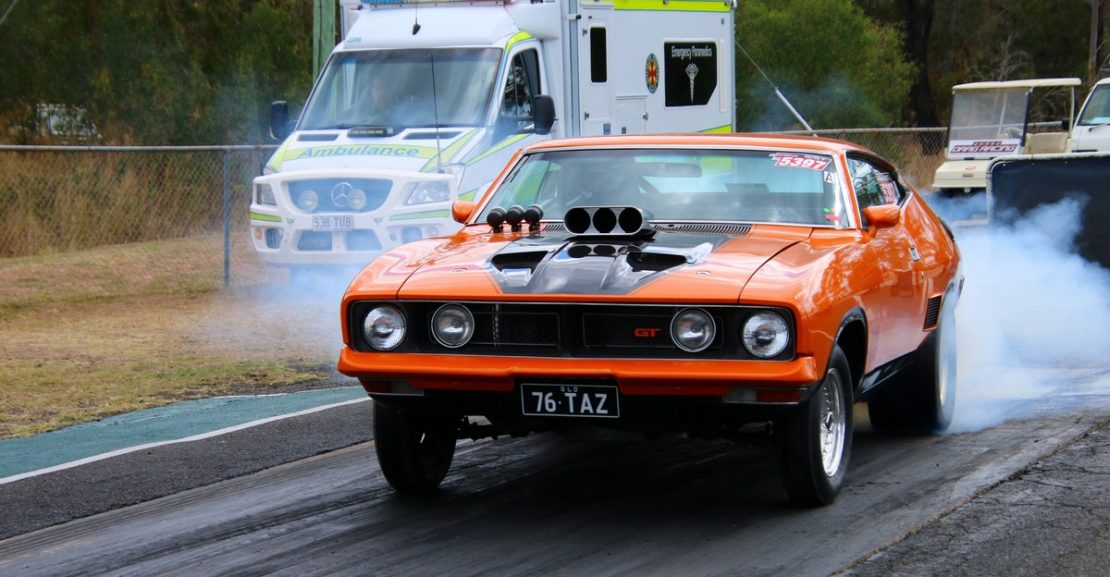 As the 2019 Summit Racing Queensland Championship heads to its exciting conclusion this weekend (Saturday October 5) at Palmyra Dragway, defending Super Street title winner Brett Kelly is once again leading the way in his category after taking victory at the last round.

Kelly and his 1976 burnt orange Ford XB Falcon Hardtop heads to this weekend’s event in a prime position to defend his title after a very successful round two in August at Benaraby Raceway.

“I picked up the top qualifier honours but with an even field there were no bye runs available. In the first race it was not looking good as I crossed the line but a breakout in the other lane saved me. I then went on to the finals against my mate Craig McVie and picked up the win with a decent light,” Kelly explained.

“It is always rewarding to get the win, especially against competitive racers, and it is nice to be going into the final round in the championship lead – having said that, the points are very close and there is a bunch of us who all want the win.”

While he heads to the final round in the title lead, Kelly isn’t counting his chickens before they hatch.

“Two weeks ago I was racing at Benaraby and missed the rounds of racing due to an engine failure in qualifying. I certainly wasn’t confident of taking out the championship this weekend while I was winching the car onto the trailer! I worked hard and got the car back up and running by the following Friday though and we are ready for this weekend,” Kelly said.

“It would be great to back it up. There are some great racers chasing the win as well and the points are close, so there is always plenty of pressure.

“The Series is really great and I hope it continues into the future – I want to thank all of the sponsors and tracks that contribute to it, as well as my wife for her support of my racing.”