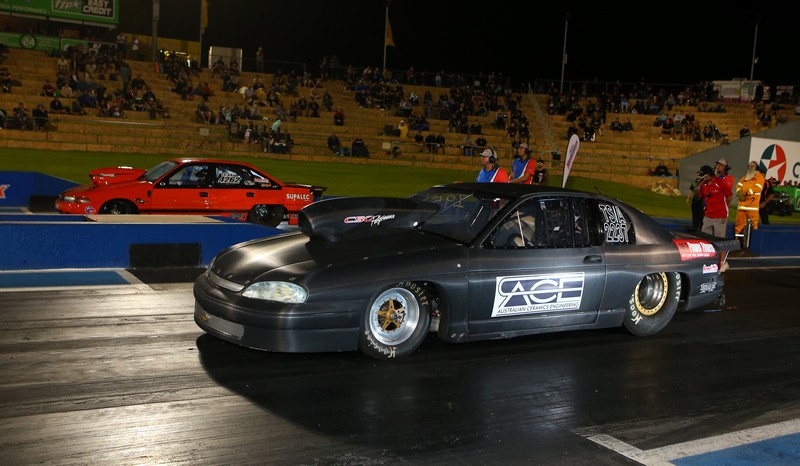 At the 2019 Westernationals, local racer Alby Bakranich broke-through for his first ANDRA Gold Christmas Tree Trophy with victory in the Top Sportsman bracket.

Now, the 42 year old Truck and Bobcat Operator from Pearsall in Western Australia is hoping to challenge for back-to-back victories when the 49th running of the Westernationals comes to the Perth Motorplex this weekend (February 29-March 1).

The event marks round eight of the 2019/2020 Summit Racing Equipment Sportsman Series and will host more than 210 racers over its two days.

“To win at the Westernationals last year was just amazing. It was my first ANDRA Gold Christmas Tree and my first Westernationals win in Top Sportsman after having been the runner-up twice before and also having won twice in Super Street some years ago,” Bakranich said.

“We almost did it again at the next Summit Racing Equipment Sportsman Series event held in Perth too, going all the way to the final at the Goldenstates even though it was a very challenging event. We had some issues with changing to the new unleaded fuel and had some very tough competitors – I faced off against the defending national champion Jason Arbery in the first round, our defending track champion Chris Roe in the second round, and the current national points leader, Vlado Turic in the final.

“I am feeling confident heading into this weekend – I have had a good run this season so far, making it to four finals from the five events I have contested and I have not made any major changes to the car recently, instead we have just fine tuned it to make the new unleaded fuel work better.

“To secure another ANDRA Gold Christmas Tree would be great, but to do it back to back will be a great challenge, especially with the quality of the cars that have entered for the event. The Westernationals is by far my favourite event; it means so much to everyone who races in it and I love that extra pressure.”

While the Westernationals challenge is on his mind, Bakranich also has another goal for his season – a third WA track championship.

“I have won track championships in Super Street and Super Sedan and am now trying to secure one in a third bracket, Top Sportsman,” he said.

“Our team, Honey Road Racing, is very much a small family outfit and I can’t thank Zac, Josh, Tyson, Angel, Mum, Dad, Tyronne, Marcina and Kenah and our sponsors, Australian Ceramics Engineering, Commodore Service Centre and WA Developments enough for all of their support.

“At the final event of last year as well I was involved in an accident in the towing area so I would also like to take this opportunity to thank all of the WADRA members who helped out as well as the track staff, ANDRA, the track chaplain and anyone else that helped, it was and still is greatly appreciated.”

The 49th Westernationals will mark round eight of the 2019/2020 Summit Racing Equipment Sportsman Series and will be held at the Perth Motorplex across February 29 to March 1, 2020.

The event will feature not only all the racing for the Summit Racing Equipment Sportsman Series, but also Top Fuel, the West Coast Top Doorslammer Challenge and the West Coast Nitro Bike Challenge. For event information, visit www.motorplex.com.au or www.andra.com.au