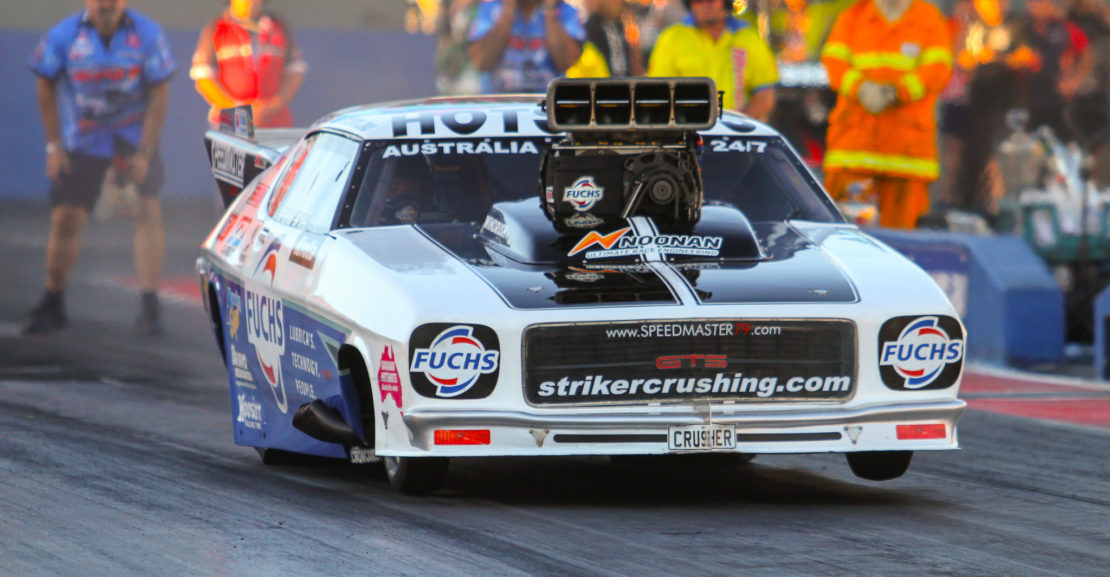 The Perth racer has recently been racing in the United States where he set a world record 5.42 second pass at 265.33 miles per hour. After racing in Sydney at the weekend running as quick as 5.60, he is now undergoing a quick turnaround to race at his home track for the first time since April.

“It will be good to get back to the Motorplex and put on a show for the local fans. Hopefully we can run some ‘5.6’ performances down there, and keep the string of strong performances that the Fuchs/Dananni Haulage Hot Shot Transport Services Monaro has been running recently going,” Zappia said.

“We will be brining with some new ’10 time’ championship merchandise that Perth hasn’t seen before, as well as a few USA tour shirts that we have left.

“Hopefully the track will be prepped to its usual level of traction, and we should be good to go!

“All in all, we just want to repeat our recent performances and duplicate those on the West Coast.

“The track record at the Motorplex is 5.68s – it would be good to reset that and as we have done a 5.60s I am hopeful we should be able to lower that track record this weekend.

“At the same time, we will be looking for reliability and consistency, so we can make it through to the final. We won the Summer Slam last year, so hopefully we can do it again this year.”

For more information on the Prestige Lock Service Goldenstates – round five of the Summit Racing Equipment Sportsman Series – please visit www.andra.com.au or www.motorplex.com.au