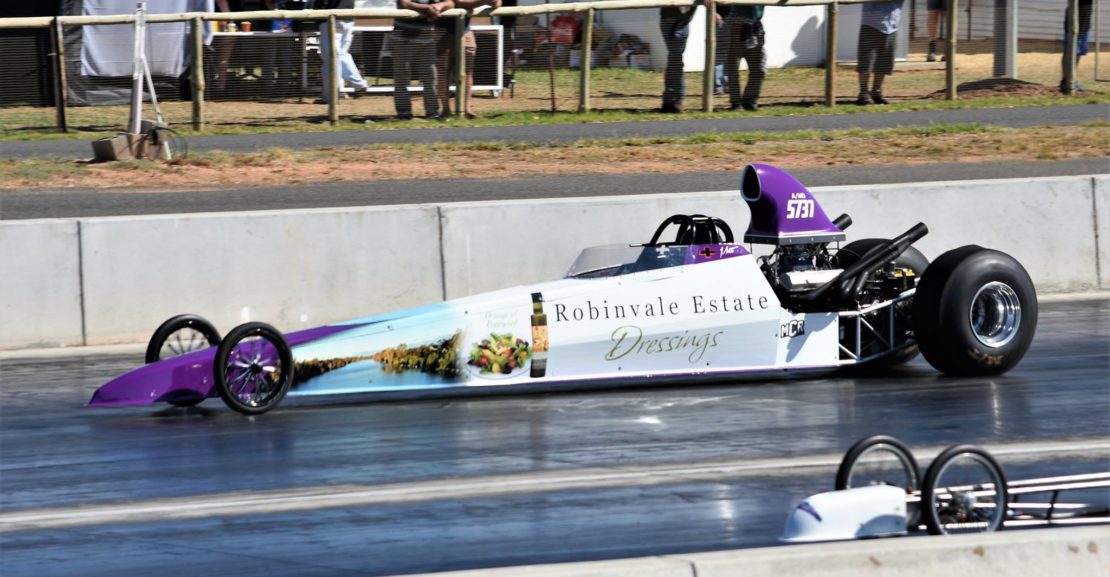 Drag racing isn’t just about going fast – it’s looking good while you’re doing it. And there is a guy who knows how to do both coming to Nitro Up North in Darwin.…

Drag racing isn’t just about going fast – it’s looking good while you’re doing it. And there is a guy who knows how to do both coming to Nitro Up North in Darwin.

Victoria’s Matt Czerny is responsible for many of the liveries seen in drag racing around Australia as one of the early pioneers of vinyl wrapping for race cars, where spectacular graphics are printed and then applied to panels. When he tows north for the opening round of the national Summit Sportsman Series on July 21 and 22, he will be doing so with his beautiful Robinvale Estate Dressings dragster, marking the realisation of a long held goal.

“It has been my childhood dream to run a full season of ANDRA championship drag racing and having never been to Darwin before, and hearing about how good the facilities and track are at Hidden Valley, I couldn’t resist,” he said.

“I’m a graphic designer by trade and complete a lot of liveries for race teams who travel the country. I’ve watched them do it for long enough so with Robinvale Estate Dressings and ETS Racing Fuels on board to support our travels the dream is coming true.”

Czerny has made some improvements recently to his dragster, including a new carburettor and some wiring changes, and is hoping to pick up the win in the Modified class.

“We are concentrating on making the car super consistent at this event as we have found a few areas to make some improvements on in our combination,” he said.

“Our race team is a good group of mates who share a passion for racing and all enjoy working on the car and going racing around the country. We race to win however we also race to have fun. We are still learning how to race this vehicle and enjoy the challenges of racing in Modified.”

After racing in Darwin, Czerny will join the convoy of racers who then head south to compete in Alice Springs the following weekend.

“Apart from racing, my crew and I have a couple of days of fishing planned, along with some rest and relaxation. We are looking forward to a great turn out at Hidden Valley and sharing our passion for motorsport with the locals – we can’t wait.”

Words by Luke Nieuwhof/Nitro Up North