WILSON HOPING TO GO ‘ONE BETTER’ AT SOUTH COAST NATS

WILSON HOPING TO GO ‘ONE BETTER’ AT SOUTH COAST NATS 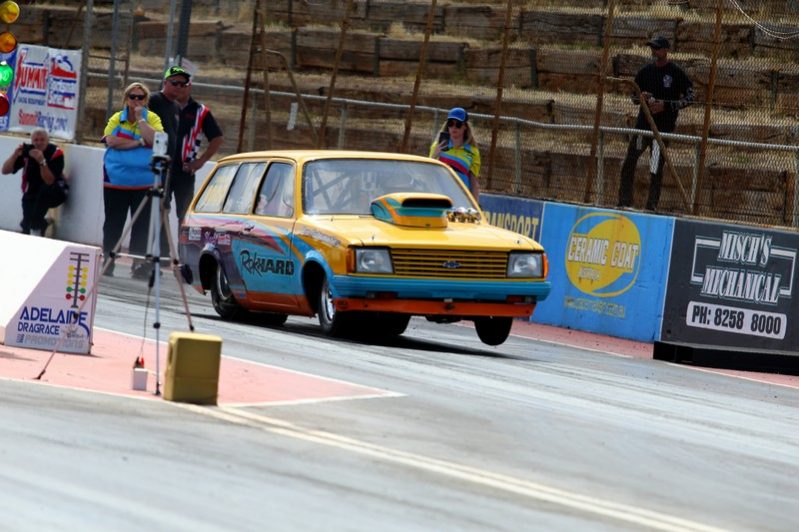 With some good consistency behind him, the Berwick (Victoria) resident says he is hopeful he can go one better at this weekend’s South Coast Nationals at the Portland venue (December 14 and 15).

“I was the runner-up at the 2018 South Coast Nationals and also the 2019 South Coast 660. As far as whether I can go one better this time around, I suppose you always need to go in with some sort of confidence, but I am especially quite confident this time around as my car has been super consistent over the past 12 to 18 months,” Wilson explained.

“I have been working hard with Graeme from Top Notch Race Cars to make a few adjustments to the rear suspension to try and make the car react a bit better.

“Now I just have to try and hit the tree a bit quicker and that will be a core focus this weekend. I really like the pro tree that we run in Super Gas, even though it doesn’t like me too much!

“I finished third in the Super Gas championship last year so we are hoping to at least secure an event win before the end of the season and if we can go one or two positions better in the title, then that would be awesome!”

Unsurprisingly given his past success there, South Coast Raceway is a favourite for the racer, who steers a 383 Chev-powered Holden Gemini.

“I really like going to South Coast Raceway – it is a great facility, the pits are great and the track is awesome. The people are also really friendly and it is a great little town. Plus we really like to support the regional tracks where we can,” he said.

“I am really proud to be able to do what I love with my family beside me. I would like to thank my wife Mechelle and my daughter Grace for their ongoing support; as well as my crew member Ross; Leigh from Premier Roof Coatings; Ampelite Fibreglass; Race Radiators; Murph from Top Notch Race Cars; and Tony and Mark from Pro Automatics for all of their support. I would also like to thank Summit Racing Equipment for their ongoing support of the ANDRA Sportsman Series.”

The South Coast Nationals, round six of the 2019/2020 Summit Racing Equipment Sportsman Series, will be held at Portland’s South Coast Raceway across December 14 and 15.  For further details, please visit www.southcoastraceway.com.au or www.andra.com.au