WESTE READY FOR THE NT DOUBLE

WESTE READY FOR THE NT DOUBLE 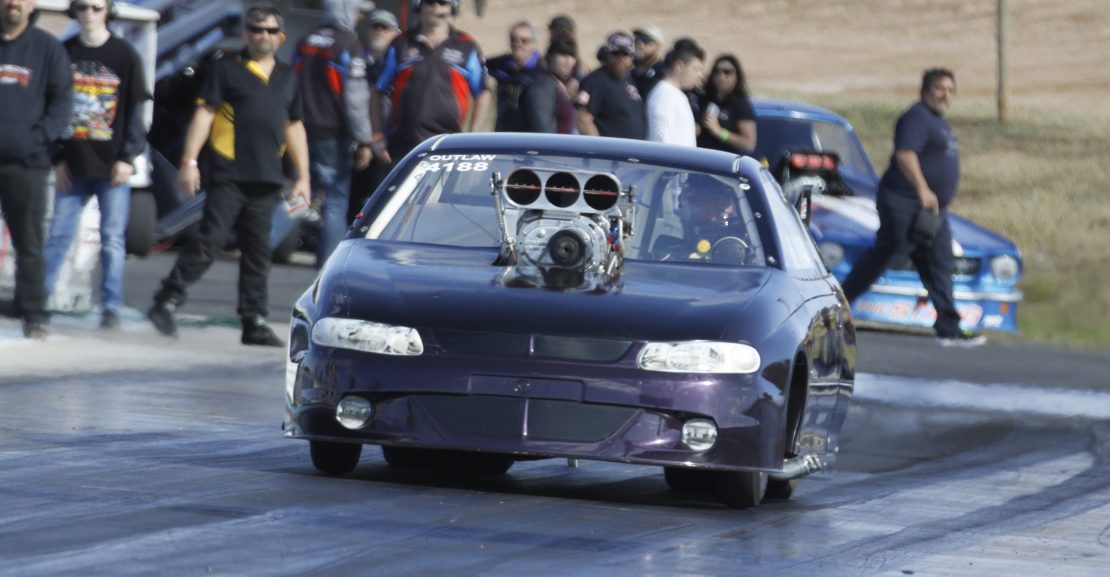 The two events mark rounds one and two of the 2019/2020 Summit Racing Equipment Sportsman Series.

“The Alice/Darwin double is something I have always wanted to do since I started racing. I have just got my car all set up with a new engine and am keen to have a crack this season!” enthused the Supercharged Outlaws racer.

“I have no real expectations other than to head North, race with a group of fun people and ensure my team has a great trip – any wins would be a bonus.”

Weste’s trip up north comes after a lengthy time away from the sport he loves.

“As it so often happens in our sport, my break was unavoidable due to an engine fatality – we had a hydraulic fail in 2018 at one of the Whyalla club championship rounds with a brand new engine on its first run on the build,” explained the 51 year old Manager of Industrial projects for Wallbridge Gilbert Aztec.

“We have sorted that out now and after finally getting a new engine I am really keen to get back in the seat!”

While Weste has plenty of history at Alice Springs Inland Dragway, this trip will be his first to include an appearance at Darwin’s Hidden Valley Drag Strip.

“I have raced in Alice Springs many times and absolutely had a ball,” Weste said.

“The first time we won the Super Street bracket and then when I went back the following year to defend the title I ripped the diff out in the first run! I recall Guy Watts handing me a large valve with toilet rolls attached to it for the worst effort of the event,” he laughed. “On the following trip we raced in Super Sedan and made the final in my Mustang but then broke out!

“Win, lose or break, the guys at Alice Springs are always great value and can’t do enough to help everybody. As for Darwin, I know a couple of people there but have never had the chance to race there, so I am definitely looking forward to testing the new motor in Alice and Darwin racing Outlaws in the NT, and I will be back later in August for the Red Centre Nats at Alice too!”

While he has a new engine on-board, Weste’s steed for the 2019/2020 Summit Racing Equipment Sportsman Series is otherwise unchanged.

“I was lucky enough in late 2016 to pick up the Monaro Doorslammer that Alf Sorbelo used to race following an issue with too much horsepower in my previous car. It is awesome to drive with a really well-made chassis, it goes straight and it goes hard!” he said.

“Previously I raced a black ’68 Fastback Mustang fitted with a very small under bonnet blower. It was a great car but unfortunately we ending up burning a couple of pistons and then decided to go for more horsepower – we probably took it a bit far going from around 700 to 1500 horsepower at the time which proved to be a bit too much for my home-made Mustang chassis!

“I then put my Ford blown combo in the Monaro which I believe is actually a cut-down Commodore – it is unusual I know but at least it is powered by a Ford! That turned out to be a great combo until a bolt came undone In the blower and destroyed the 8-71 at Adelaide International Raceway. Following that we installed a 14-71 and had a couple of great meetings before we broke the engine due to a hydraulic. Here is hoping we have a better run with the new one!

“I have to send my thanks to my crew and my sponsors Hi-Tec oils, RMB Service Group and Wattyl paints who have supported me for many years now. Two special thankyous must also go to ‘Mossy’ (Steve Moss) who has been an absolute legend helping for endless hours with the car; and Mick Oehms who has built me a mean engine several times!”

While Weste is looking forward to heading to the NT, Steel City Raceway in Whyalla, SA, is where he calls home.

“Whyalla has a great eighth mile track where I have run countless 4.6 second runs without any issues at all. Even though I am based in Adelaide, I call Whyalla my home track,” Weste said.

“The club needs more racers to support regional events and make the trip to Whyalla for some great racing. The volunteers put in endless hours and like most regional tracks have great people who are super accommodating.”

Alice Springs Inland Dragway will host the first round of the 2019/2020 Summit Racing Equipment Sportsman Series, the Desert Nationals, across August 3 and 4 before round two, the NT Nationals, will take place at Darwin’s Hidden Valley Drag Strip on August 9 and 10.