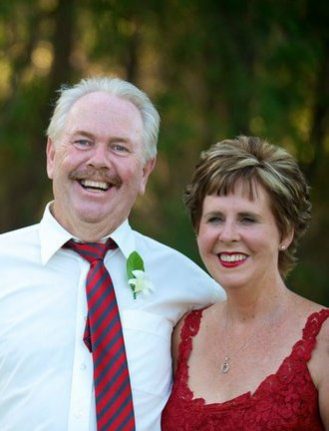 Over the weekend we received the sad news that former Western Australian ANDRA Divisional Director Shane O’Sullivan had passed away following an illness.…

Over the weekend we received the sad news that former Western Australian ANDRA Divisional Director Shane O’Sullivan had passed away following an illness.

On behalf of ANDRA and its members, we pass on our condolences to Shanes wife Rhonda, and the O’Sullivan family.

Shane was well respected in the drag racing community and loved by many for his friendship, happy and gentle nature and his love for the sport of drag racing.

From a very early age Shane was an avid Hot Rodding and Drag Racing fan, buying every magazine he could afford from his house chores and paper runs, and attending events at Dowerin, Bunbury, Fairbridge and Caversham even before he had a drivers licence!

Liz Johns remembers,“ Shane was a keen racer for many years in various vehicles but of late raced his VC Valiant Super Sedan at Perth Motorplex. Shane along with his trusty sidekick Ryan pioneered a homemade EFI system for the small block Mopar and campaigned it successfully for many years.

“Shane will be remembered as a true gentleman, traditionalist and historian of the sport, who touched many people with his infectious smile and generous nature both on and off the race track,” said Johns.

Kevin Prendergast added,” Shane was a member of the 1320 Drag Club, which started in the sixties and later became the second West Australian ANDRA Divisional Director. He was an early ANDRA licence holder as confirmed by his racing number of 230, which he still holds.

“He was also a nostalgic Drag Racing history buff and has a lot of Ravenswood and Motorplex historical stuff.

“He used to bring cakes and scones/jam/cream to the Motorplex every year to celebrate the opening day in the venue with the staff.

“Shane was a true gentleman with a passion for Drag Racing. He was absolutely respected by all and will be sadly missed.”

The Funeral Mass will be held at Our Lady of the Rosary Church Angelico St Woodlands, WA commencing at 10:45 am on Wednesday 16/8 followed by a service at Karrakatta Crematorium at 12.30pm.