UNFINISHED BUSINESS FOR STEFFENS IN DARWIN

UNFINISHED BUSINESS FOR STEFFENS IN DARWIN 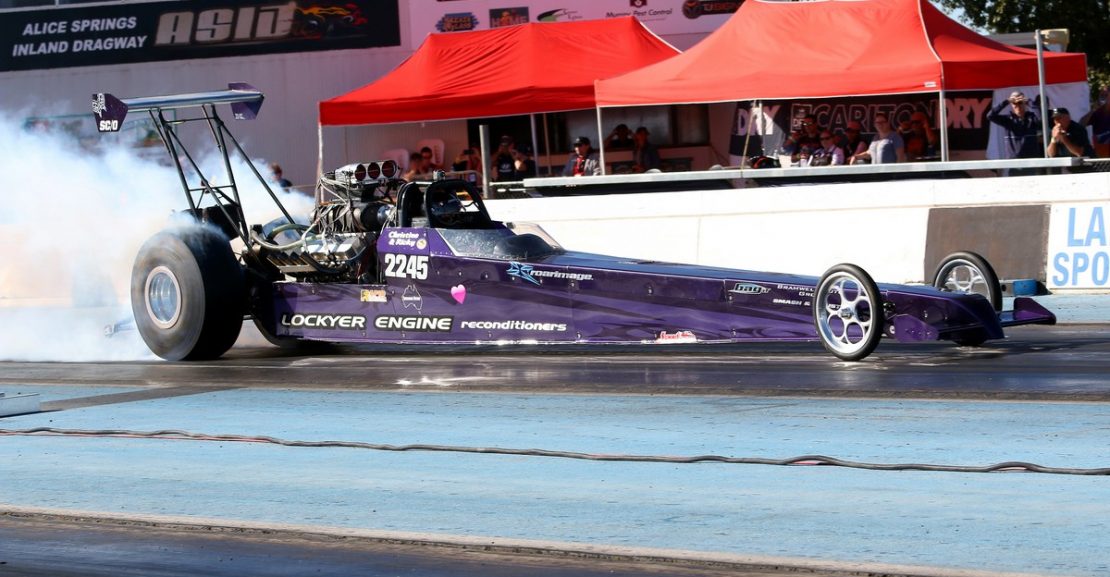 Christine Steffens is heading to this weekend’s NT Nationals at Darwin’s Hidden Valley Drag Strip (August 9 and 10) with plenty of unfinished business to spur her on.

The Supercharged Outlaws racer was forced to accept the runner-up award at last weekend’s Summit Racing Equipment Sportsman Series season-opening Desert Nationals when a broken input shaft put paid to what was to that point a very promising final run against eventual winner Justin Russell.

Now, the Gatton (QLD) accountant is on her way to Darwin with a new input shaft and hopes of going one further at what will be round two of the 2019/2020 Summit Racing Equipment Sportsman Series.

“I had an absolutely fantastic reaction off the tree in the final at the Desert Nationals but it all came crashing down when I broke an input shaft,” Steffens explained.

“It was my first experience at Alice Springs Inland Dragway and I really enjoyed it aside from the final issues and also the fact that one of my crew guys cut his finger open on his birthday!

“ASID really has a beautiful racing surface and the Desert Nationals was my first time on the pro handicap tree as well which was interesting to get used to, but it was a pretty good weekend overall.

“Tony Harrington has organised another input shaft for me and I have it in my suitcase ready for this weekend, so hopefully everything will get better in Darwin!

“I have been there a few times but I have never raced there before. It is a beautiful facility and I am really looking forward to racing up there, although it looks like it is going to be pretty hot!”

The Alice Springs/Darwin road trip comes after some time away from the sport for Steffens and her crew, consisting of husband Ricky Steffens and crew members David Michel and Shaun Kinnane.

“We have been out of the sport for a little bit having holidays instead!” she laughed.

“Since I blew up my top fuel funny car in Perth a few years back I was a bit disheartened, but it is good to be back racing in my rear engine dragster,” she concluded, while thanking Lockyer Engine Reconditioners and Christine Steffens Accounting for their support of her racing.

Round two of the 2019/2020 Summit Racing Equipment Sportsman Series, the NT Nationals, will be held at Darwin’s Hidden Valley Drag Strip this weekend (August 9 and 10). For more information, visit www.hiddenvalleydrags.com.au or www.andra.com.au