Top Fuel to feature at Hidden Valley as exhibition

Top Fuel to feature at Hidden Valley as exhibition 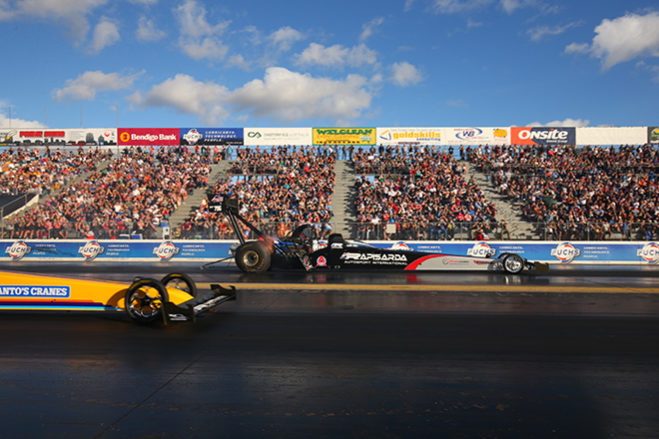 2015 ANDRA Championship winning team, Rapisarda Autosport International, will be bringing a two car contingent to Hidden Valley to provide Territorians with their first ever taste of Top Fuel drag racing.

After major upgrades in 2010, and hosting of the ANDRA Drag Racing Series now into its third consecutive year, today’s announcement is arguably one of the biggest in the 30 year history of Hidden Valley.

“With the sports exponential growth over the last five years it was a logical step to showcase the sports pinnacle category as part of our 30 year anniversary” said HVDRA President Scott MacLean.

“Top Fuel drag racing is going to bring Hidden Valley alive with not only their thunderous sounds, but earth shaking power that will have the crowd on their feet from the start of every race”

Hidden Valley Drag Strip first opened in 1985 and has hosted a wide range of exhibitions including Jet Cars, wheel standers and Funny Cars, but this will be the first time Top Fuel will feature in the Northern Territory.

Alongside the Top Fuel exhibition racing Hidden Valley Drag Strip will also play host to Round 1 of the 2015/2016 ANDRA Drag Racing Series for Top Alcohol and Top Doorslammer, as well as a full field of sportsman racers from across Australia as part of the local track championship.

The action will run over two big nights on Friday and Saturday, 17-18 July at Hidden Valley Drag Strip.