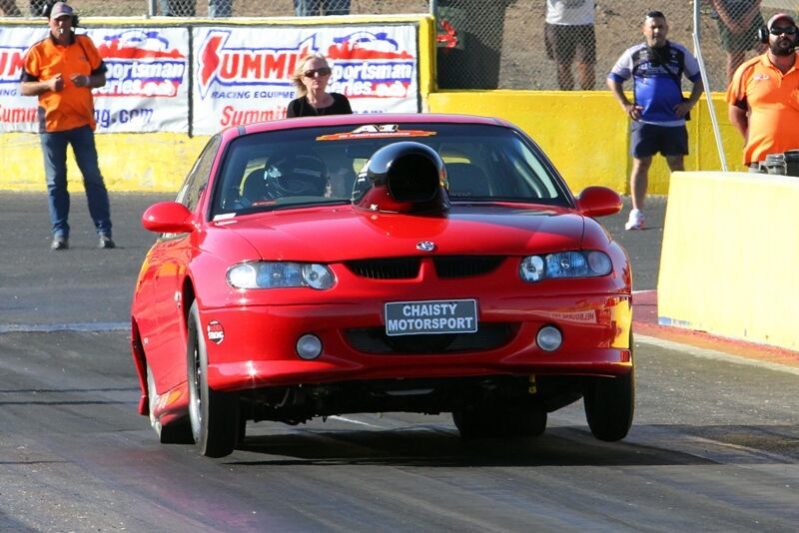 Round 7 of the Summit Racing Equipment Series certainly delivered with some record setting racing at the 51st Australian Nationals. Super Comp – Jamie Chaisty The Super Comp bracket produced a number of new records at Calder Park and saw 12 of the 16-car field under their index! Big surprise was…

Round 7 of the Summit Racing Equipment Series certainly delivered with some record setting racing at the 51st Australian Nationals.

The Super Comp bracket produced a number of new records at Calder Park and saw 12 of the 16-car field under their index! Big surprise was seeing the number one qualifier Daniel Camilleri go out in the first round against Les Heintz following a .608 reaction.

By the time we moved into the semi finals, number two qualifier Jamie Chaisty had already defeated Kim Fardella and Tom Dimitropoulos on the way. Here the young West Aussie faced Michael Caroscio and took the win in a tight race with a .168 under 7.872 to a .15 under 8.29 from the Firebird. In the other pairing it was No. 7 qualifier Darren Parker taking on Les Heintz. Parker picked up the better reaction on the tree and then finished off the AC Delco GTO of Heintz with a .185 under 6.235. 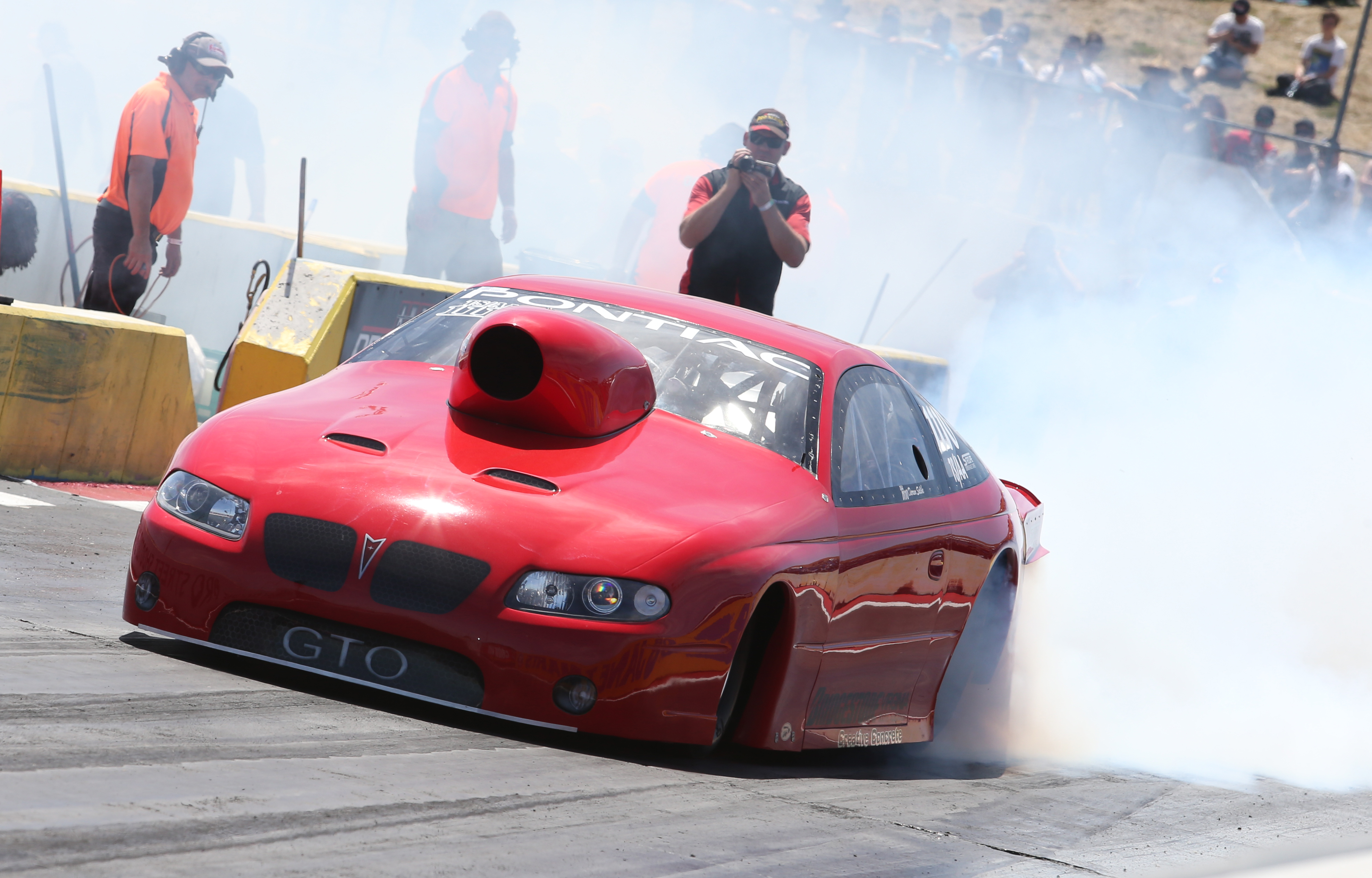 South Australian Darren Saliba is certainly one of the nice guys in our sport. His Pontiac GTO put away Stuart McBain in the first round before facing the always tough Matt Forbes in Round 2. Saliba nailed the tree with a .001 reaction to a .040 from Forbes but it was to no avail despite the Lucas Oil Camaro going .05 under his dial-in. Saliba picked up the win light and was going through to the semi finals.

Darren Nichele had defeated Julian Carafa and Bruno Romeo in earlier rounds. In the semis he went on to defeat Michael Braggs’ Cavalier while Saliba walked into the final after the Datsun Ute of Glenn Henley went red at the tree.

In the final Nichele left first on the tree but slowed allowing Saliba to take a very emotional victory in front of his family and crew. 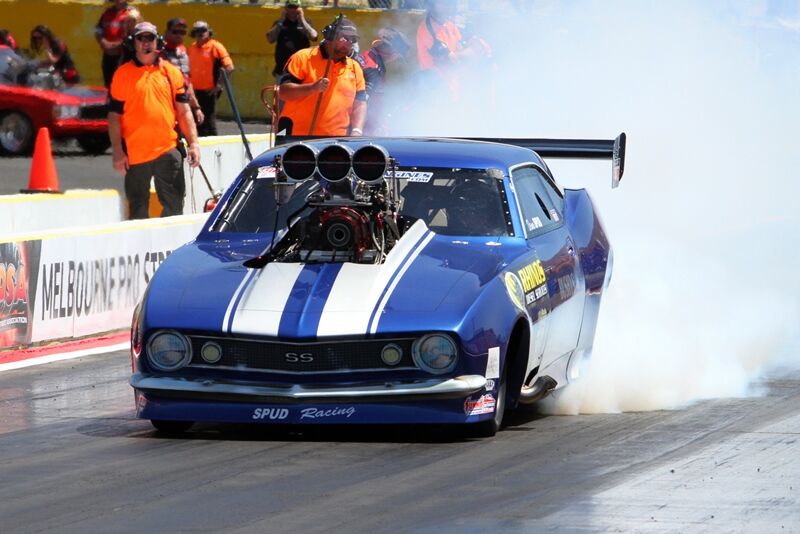 While it appeared that Northern Territory Supercharged Outlaws racer Adam Murrihy was unstoppable at the Australian Nationals, a red light in the semi finals saw the attention move to Ryan Van Dyk and Justin Russell for the final. The dragster of Van Dyk nabbed the advantage on his green but the Camaro went on to take the win with a 0.08 over 5.86 to a 0.34 over 5.92. 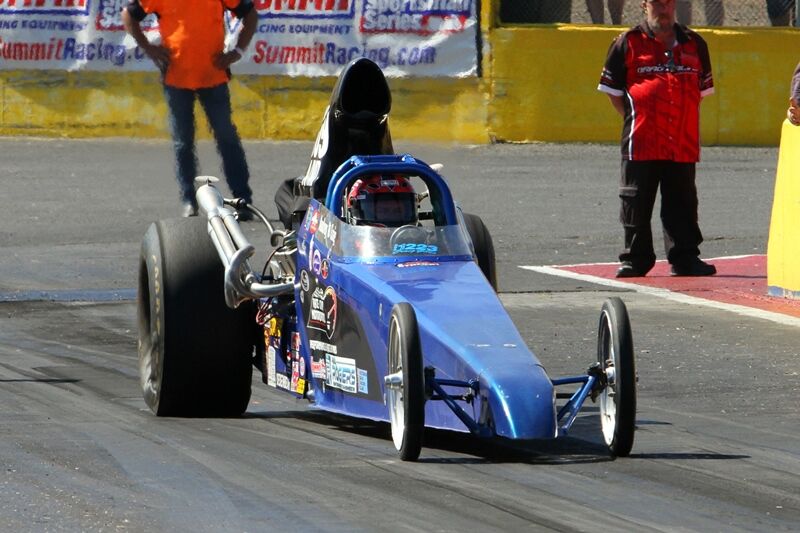 Simon Barlow top qualified in the 17-car field in his dragster but was defeated in Rd 3 by Derek Wills Altered. In the semi finals number 12 qualifier Craig Baker picked up a bye into the final while Wills put away Matthew Stone. In the final Wills went red with a -.002 reaction handing Baker the automatic win. 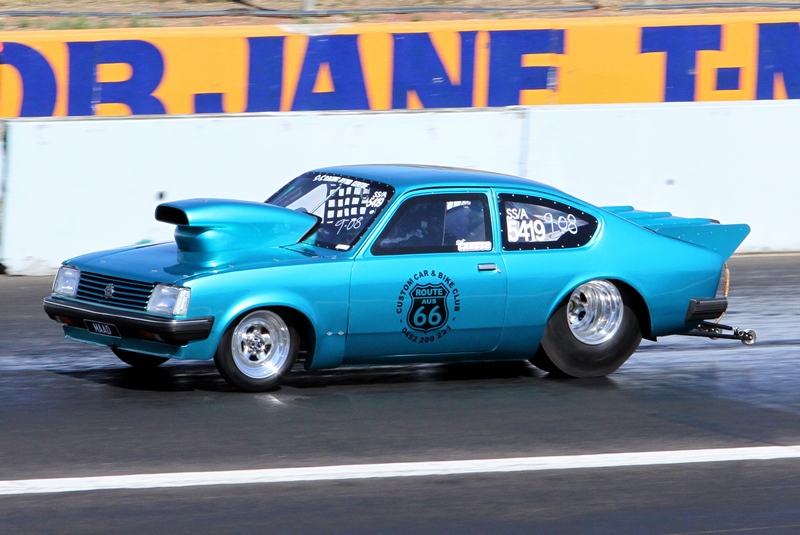 It was a huge 39 car field for Super Sedan with Tassie driver Scott Cohen sitting on top with an 8.62 ET in his Ford Fairmont. By the time the finals came around it was between the 57 Chev of Ned Karanovic and the 400 Chev-powered Gemini of Pat Caruso. At the tree Caruso took the automatic win when the big Chev of Karanovic went red. 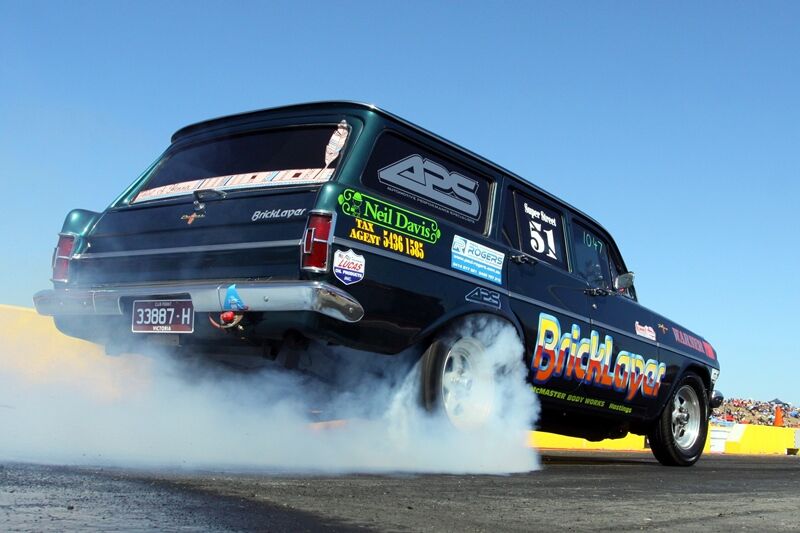 Not much needs to be said for Graeme Cooper other than he’s one of the legends in the sport, and genuine nice guys to boot. He had a tough race in the first round against John Kerr who broke out, and then out reacted Brian Symes who went 11.97 on an 11.97 dial-in!

The Bricklayer wagon was still around by the time the finals came around. His opponent was Chris Naughton in his Cortina. Both left clean at the tree but it was Cooper who took the win with a 10.511 on a 10.50 dial-in. Naughton finished as runner-up with a 11.017 on a 10.99! 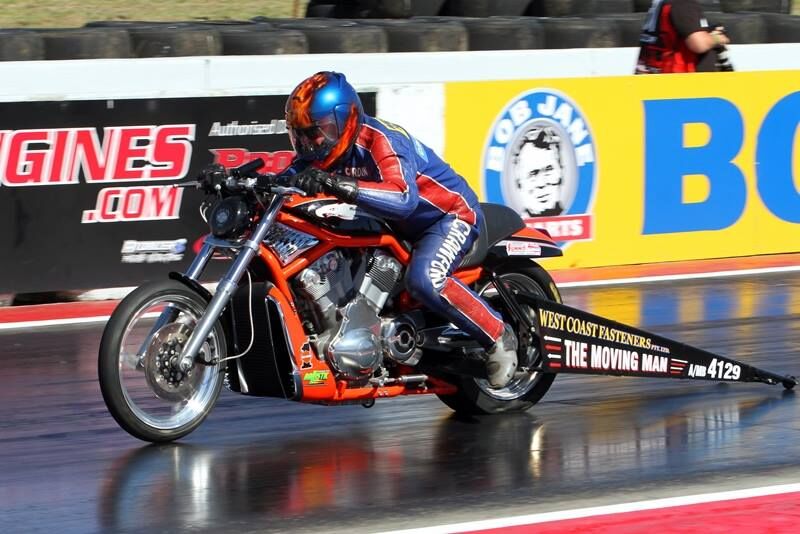 West Aussie racer Gordon Crawford had been on the road for quite some time heading into the Nationals. He claims that riding a nitro Top Fuel motorcycle has helped him ride his Destroyer in the DYO ranks. Well however that works, Crawford did in fact make it through to the finals.

He got past number one qualifier Rob Cassar in Rd 1, solo’d in the next round before taking out Gavin Dohnt in the semis. For the final it was Brendan Sanders in the opposite lane however a red light from the chicken man handed Crawford a well-deserved Nationals victory. 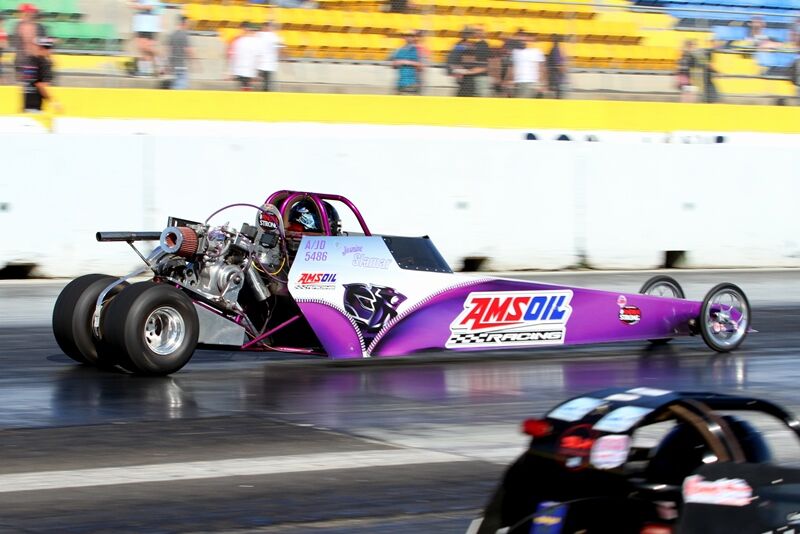 The Juniors were out in force at the Nationals with big field. Andrew Shirley was the No.1 qualifier but went red in Rd 2 with a -.014 RT and handing Kelly Donnelly a win. In the semi finals it was an all West Aussie race between Jasmine Slamar and Mikey Naylor. Ladies first and that’s exactly what Slamar did taking the win over a .141 reacted Naylor. On the other side of the tree Jake Berias went .063 at the tree and took the win with a 8.13 on a 8.10 D-I while Kelly Donnelly went .107 and broke out.

In the final Berias pulled a red light handing Slamar a Nationals win. 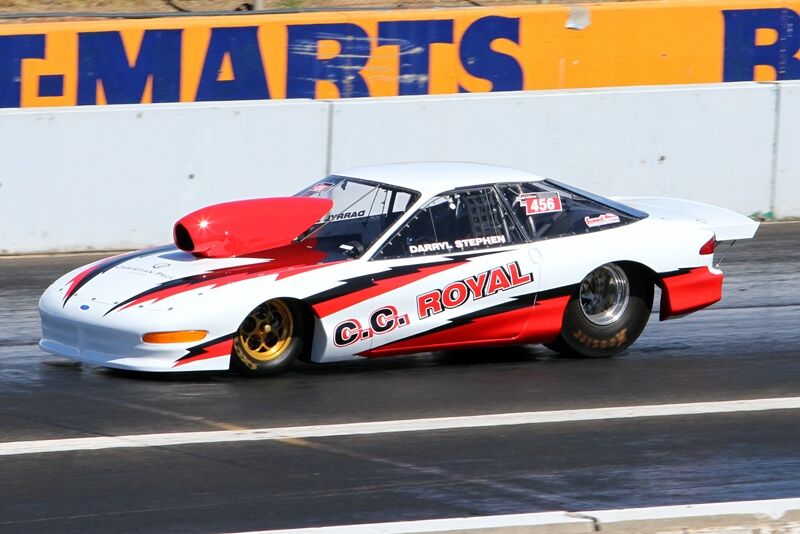 Adrian McGrotty top qualified and made it through to the finals where he faced Darryl Stephen from NSW. Stephen’s Ford Probe put away Matt Forbes in the second round with a .026 reaction to a .070 from the ‘57 Vette. At the finish line Stephen took the win with a 9.901 on a 9.90 index while Forbes broke out. In the final McGrotty grabbed a slight advantage at the tree but Stephen took the win with a 9.915 to a 9.93 from the Holden Commodore.