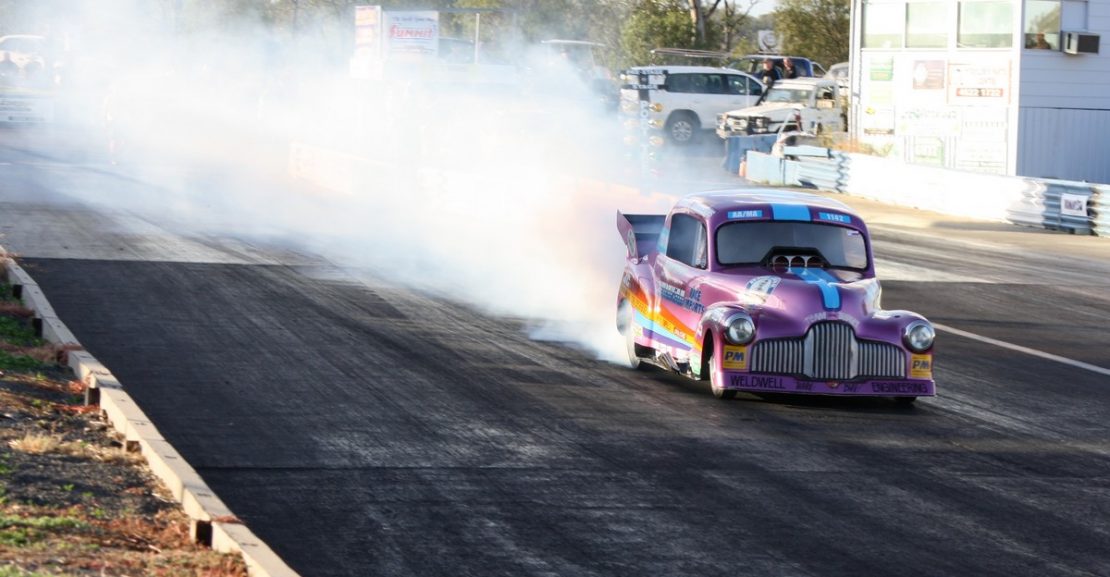 Round one of the 2019 Summit Racing Queensland Championship and the battle for prestigious ANDRA Copper Christmas Trees was held across the Easter long weekend at Roma’s Ironbark Raceway.

While rain unfortunately brought the event to an early end on Sunday during the third round of racing, 120 entrants and plenty of spectators made the most of the event up until that point.

“The weekend’s event at Ironbark Raceway is one we will all remember – 120 entrants started Saturday qualifying with many of them experiencing the unique Ironbark Raceway track for the first time,” Palmyra Drag Racing Club President, Glen Cunningham, said.

“Qualifying was completed on Sunday morning after an oil spill in the braking area called the night time activities to a halt on Saturday, but before that the spectators which filled the hill were treated to some impressive qualifying performances.

“Sunday started again with another consistent stream of spectators coming through the gate with the competitors putting on a great show in qualifying and racing for the eager fans, many of whom were seeing drag racing for the first time.

“Unfortunately mid-way through round three a small black cloud settled itself above us and dropped just enough of the wet stuff that the meeting had to be cancelled.

“While that isn’t how we wanted the weekend to end, we were pleased to be able to present the top qualifier trophies and also hear that a large number of competitors are looking forward to returning to Roma next year, with many of them stating they are particularly excited to hear of the upgrades the club is planning for later this year.

“Our thanks goes out to all of the teams who have supported this event – this is what draws crowds to the venues and allows regional tracks to upgrade their facilities, so please let’s all keep travelling and supporting regional tracks.”

The three-round state-based Summit Racing Queensland Championship develops and promotes drag racing in regional Queensland. Round two will be held at Benaraby Raceway (August 31) before Palmyra Dragway hosts the final round across October 4 and 5. The winning competitors will be announced as the ANDRA Queensland Champion for their class with the awarding of a prestigious ANDRA Copper Christmas Tree trophy.

IMAGES BELOW COURTESY OF ZALI OFFER