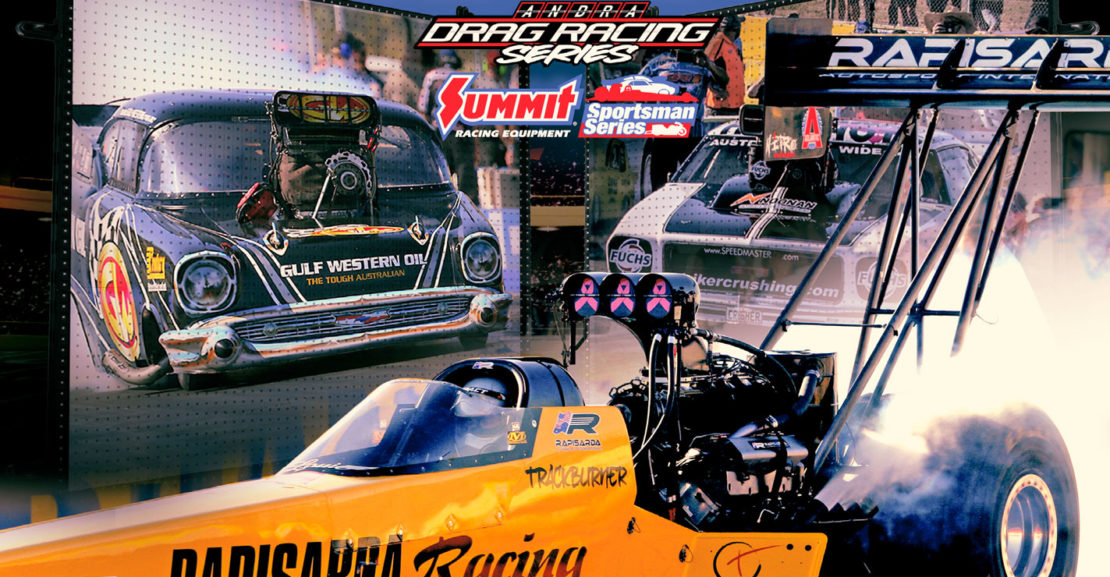 “The Finals are always the most exciting race of the year,  as racers put it all on the line to be crowned Champions” Summit’s Motorsport and Events Manager Jim Greenleaf said, “Summit Racing is proud to extended our support of Australian drag racing with the title sponsorship of the ANDRA Grand Finals. I look forward to being a part of this championship event.”

This is the first time the US-based automotive performance equipment mail order company has taken the role as naming rights sponsorship for an ANDRA drag racing event, adding to the already prestigious season finale conclusion of the 2016/17 ANDRA Championship Grand Finals.

Adelaide DragRace Promotions Peter Pisalidis was ecstatic following the announcement,  “Having the support of international leaders such as Summit Racing Equipment really is a compliment to our sport, and how much Summit and we all value Championship Drag Racing.

“A massive thanks goes out to Jim Greenleaf from Summit for supporting Australian Drag Racing so much.

“Please join me in thanking Jim again, and don’t forget we will be having a Grand Finals BBQ for all racers at the conclusion of the event.

“Go Summit ! Go Drag Racing! And see you all in Adelaide!”