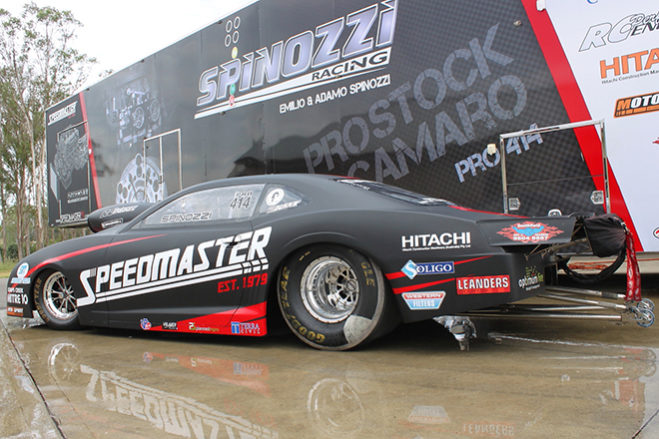 In 1979, the company was founded with Pete’s Performance, which was a small speed workshop. It began by building engines for customers as a hobby, and it has now grown to include selling, assembling, manufacturing and racing high performance engine parts. Over the years, the company has grown into a worldwide high performance powerhouse. Growing from a one-man bricks-and-mortar business; to now a supply chain that entails more than 400+ people all across the world.

“The Spinozzi Racing team is proud to be associated with the Speedmaster brand,” said Spinozzi Racing founder, Emilio Spinozzi. “Not only are they a global leader in the development and supply of after market performance parts, but their company culture which is focused on quality and attention to detail, is closely aligned to the values that the Spinozzi team race by.”

The partnership came together as the two companies have a shared commitment to the pursuit of making Australian Pro Stock Drag Racing history.

“With a unified vision of success, we believe this partnership will enable the Spinozzi Racing team to not only strive for, but also attain their goals as the season unfolds.” said Jason Kencevski,  CEO at Speedmaster.

With Speedmaster on board, the Spinozzi Racing team is looking forward to ending what has already been a strong season for them on a high note.